Had my 35 week appointment today, with an ultrasound update. The wonderful news.... BOTH babies are HEAD DOWN! WOO HOO!!! What we've been praying for and working on these past few weeks. So continued positive thoughts and prayers that they stay that way. 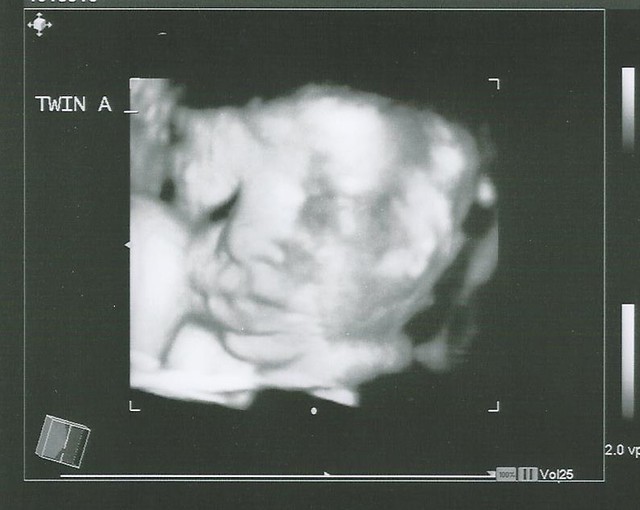 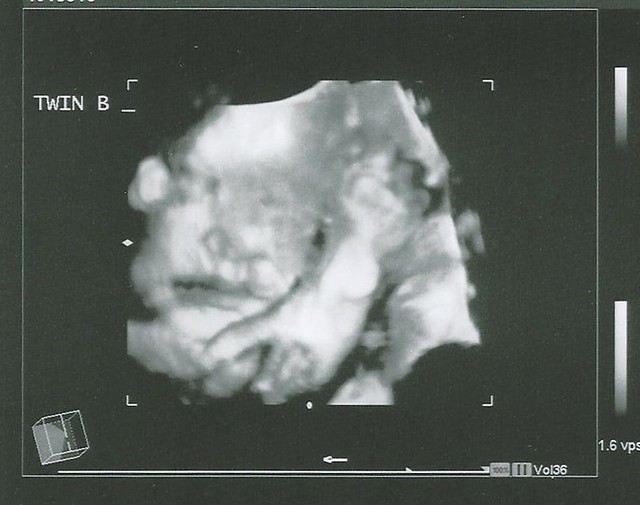 It's pretty cramped in there so lots of goop shows up on the 3D ultrasounds, but you can see their lips and nose and somewhat parts of their eyes.

Here is a profile shot of Baby A: 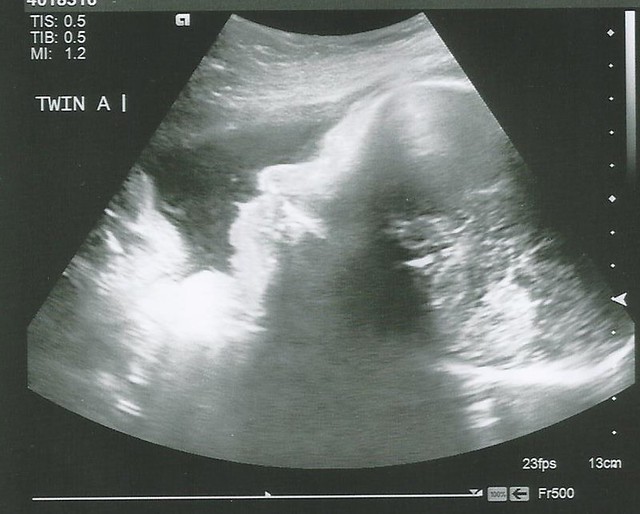 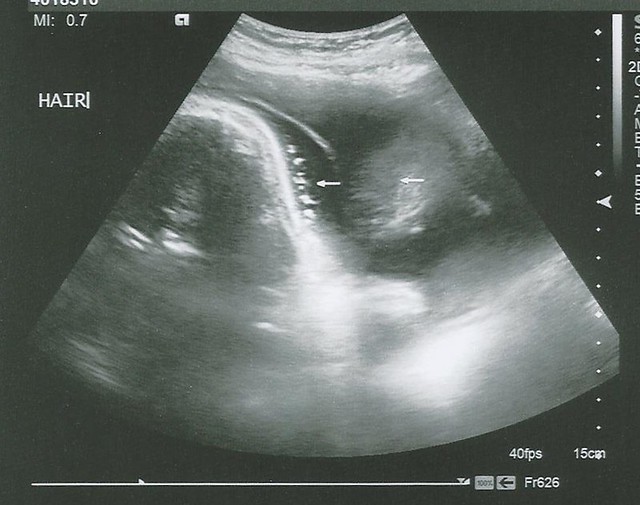 They are always pretty cooperative in letting the tech get their measurements and letting them see what they need to record. But today they were both pretty active and the tech had to be patient with getting their cord blood flow because they were moving around so much. They were both breathing again so that got recorded. They were breathing at the last ultrasound too. Good thing because it shows they are practicing.

Had the MFM (maternal fetal medicine doctor) consult right after the ultrasound. She usually comes in after each ultrasound to report the weights and take a peek herself, but this was a scheduled 'consult' just meaning she had 10-15 minutes to chat with me about delivery. They are there with my midwife in the OR and take over once Baby A is out. I had met this particular doc once before and really enjoyed her. She is encouraging and positive. Babies' estimated weights are:
Baby A: 5 lbs 9 oz
Baby B: 5 lbs 13 oz
She did move my due date up four days because of my short cycles and their consistently big measurements (they've been measuring 8 days bigger than my LMP due date because they had my cycle length down as 28 days). So that puts my 'new' due date of May 10th... which really doesn't matter. Hoping they come in the next couple weeks. They will want to talk induction if I make it to 38 weeks (38w with twins is like 41w with a singleton as far as risk of still birth).

Also had my weekly NST (non-stress test) Baby A was super active during the ultrasound and of course went to sleep for the NST. Baby B passed immediately but we had to wait a bit for A to wake back up :-P no contractions recorded on NST this week. I had one last week.