What a night! Friday, I went to grab some Clorox wipes from under the sink and noticed some water... again. Our sink had started leaking again we've been meaning to replace the drain piece but wanted to finish the bathroom first. The bathroom has been done for over two months now.

So I grabbed a paper towel to soak up the water and noticed two little droppings... On no I didn't!!!!! Eeekkkkk but I couldn't say anything, we had dinner guests over so I put it in the back of my mind.

They left, and I told Kyle "come here, I need to show you something". His response "oh shit". The good thing is I use those wipes a lot and had not noticed any droppings before so they had to be fresh. We looked in the lazy Susan right next to the sink and found more, quite a bit more but not tons. It gave us a chance to get rid of some old hot chocolate, dried out marshmallows, etc. we left it at that and would deal with it the next day.

So Saturday, during Isaac's first nap we cleaned. I wiped everything down took everything out and cleaned it, cleaned the shelves and the floor. We were good. Once Isaac woke up we headed to home depot and bought traps, spray foam insulation to plug up any holes, one other cabinet lock for our pantry (which is and was free of any sign of furry beings). Oh and while we were at it we got the stuff to replace the sink drain. Before we left we removed the old one. Kyle had cleaned the hole really good and we had a bucket underneath to catch the water and cleaner.

We came home and i took a peak under the sink... a dropping!! It was new but we had brought lunch home and needed to eat before jumping right in. After I ate and while Isaac was still eating in his high chair, I took a peak in the bucket of water just to look. I saw something "did Kyle drop a piece of steel wool down there" ..... "squeeeeeeeee". No, no he didn't, it was a mouse, and it was a cute little fella. 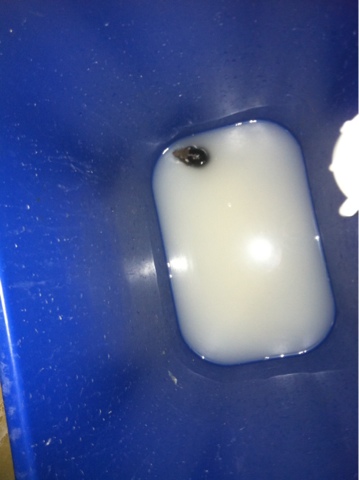 We pondered how to dispose of him and taking him outside. We noticed he was trying to jump up the sides but couldn't get high enough and was too slippery, since there wasn't much water in there he was standing on the bottom. We ended up putting more water in the bucket so he couldn't touch but not enough he could jump out... and he drowned. Sad I know, but luckily it was quick and he was is mouse heaven very shortly after.

So we set a few under the sink, one in the lazy Susan and some downstairs in the basement. Then we pulled out the stove and began the process of filling holes with insulation. Oh at this point Isaac is down for his second nap.

Last year when we had our basement remodeled, the gas line was relocated so there was a new drill hole under the stove, and we had all our plumping upgraded so there were new holes for some of those pipes. So we pulled the stove out, saw that they had been using that path to travel sober closed it up. Closed up all the openings under the sink and over to beneath the dishwasher. Went to the basement filled the holes on that side two. The two pipe holes to the bathroom. And then we walked around the perimeter of the house again searching for signs of entry but couldn't find any. There were a few areas we filled in for the fun of it since we were at it.

When we were at home depot the guy gave us a tip to use peanut butter and sunflower seeds as bait. The seeds give them a little something to chew and helps set the trigger faster. I don't remember the exact time of day, but at some point I check the basement traps and the bait was gone! So we reloaded them, oh this was about 8:15. We were still trying to get Isaac down for the night, we were in the basement and about 8:30 we heard the snap!! 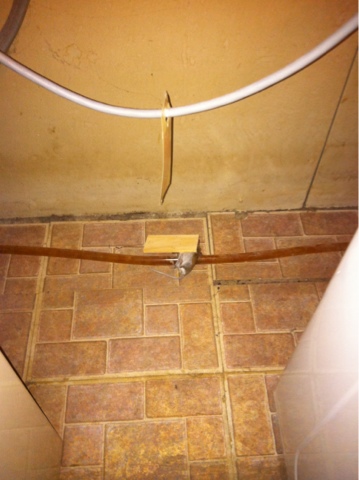 Kyle disposed of it, then as I was going back down I heard another snap, but wondered if this was just my ankle popping as I went down the steps. I went to see... #3 by the softener. I ran up to tell Kyle as he was patting Isac to sleep.

He got rid of that one then as he was leaving the laundry room he saw one run from the washer to under the stairs. So we took a trap from upstais. We had one in the lazy Susan and one under the sink, both areas which we blocked off so they weren't going to get in there anyway. Kyle placed the new trap near the opening to under the stairs.

We watched some modern family episodes. Then heard another snap, the one by the opening to under the stairs one went off. When we came upstairs we also noticed the one blocking one of the holes to under the dishwasher also had caught one. That makes our total count up to FIVE! 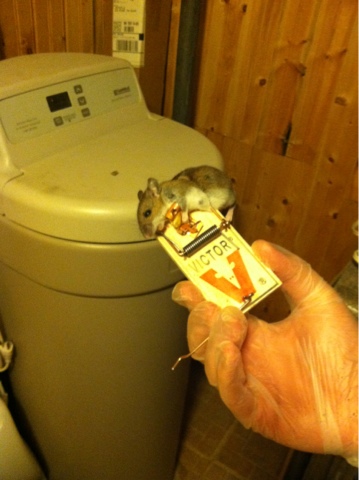 At this point it's almost midnight and we are ready to go to bed. I am straightening up the kitchen and Kyle walks into the living room. He sees one run under the coffee table. He gets a flashlight and starts hunting. There are two little fuckers just hangin out. They were probably hanging out behind the dishwasher when we blocked all their passage holes. And we're forced to find other means of food/exits, since their routes to downstairs were gone. We couldn't go to bed knowing they were there and we also knew they wanted I get back to the kitchen. So we set up a trap along the wall we knew they would take and also set up the second baby video monitor to watch from the next room. We also stood guard to make sure they didn't go past the kitchen to the rest of the house.

One came around the trap, up the wall, u turned around to behind the fridge and back around to under the stove... So that left second buddy to make the trip and join his friend. We watched him come out on the monitor, approach the trap and run back under the table. Them he showed his beady eyes again, this time by so fortunate. He took the bait and got the ax. 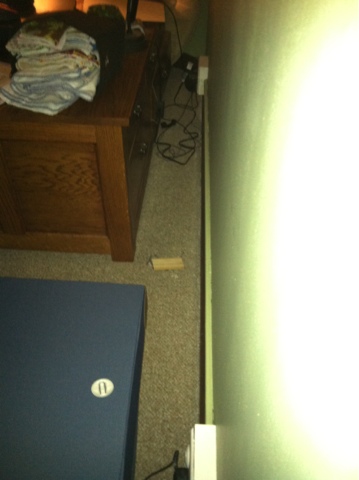 We cleaned up, reset the trap as placed it where we knew the other little guy was at. We set up the monitor again to watch. He came to it quickly, grabbed some food and ran back under the stove. DARN IT. We waited and watched I even got some video of him eating. He ended up eating all the food jumping back and forth over the trap but never set it off. We refilled it and since there was just the one we knew of there we went ahead and headed upstairs to bed. So we had two traps in the kitchen still and three in the basement. 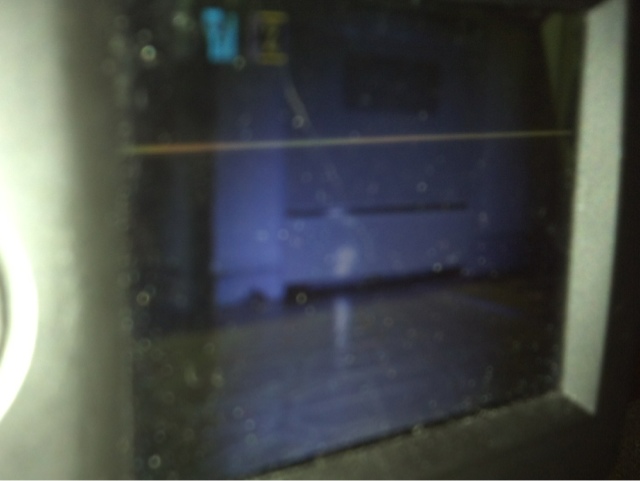 We eventually went to sleep and when I woke I checked the monitor of the one trap in the kitchen. Oh we did gate Harpo off upstairs so he wouldn't mess with the trap. And you may be asking where he was during the living room ordeal.... he was sleeping the entire time about ten feet away!! He is fired as the game catcher! Anyway, the trap was still there. And still had the bait on it. But the basement ones caught TWO! So our grand total is 8!!!!

We are hoping the kitchen mouse somehow got downstairs and was one of the ones in the trap there. But we have been checking the five traps all day and nothing yet. Maybe tonight at dusk we will have some luck :-P or maybe that is all of them and our mouse issue is behind us. Oh I hope so!! Although Kyle had a lot of fun 'hunting' and killing them I really don't like the idea of sharing a roof with them! Yowzers!