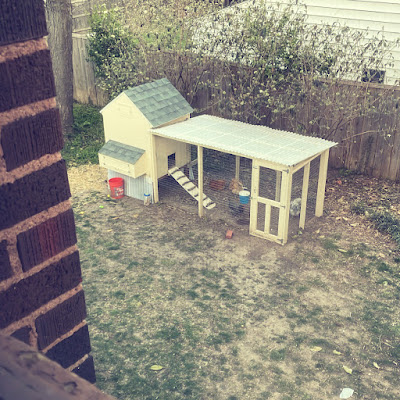 We had a chicken incident last night… we were awoken about 2 am to the sound of chickens and realized we FORGOT TO CLOSE THE COOP! We immediately jump up, Kyle runs out as I search for my glasses then try to find a flashlight. He scared off two bastard coons, one of which was the largest raccoon I’d ever seen! We checked in the coop and only three ladies where was Bernadette and Cinnamon!? I had a little melt down thinking they were gone but decided to search for the bodies. About that time the second coon (obviously not quite as smart) who had ran to a dead end sprinted across the yard to join its brother on the other side of the fence. We started to scan the yard and found Cinnamon on the other side, shortly after saw Bernadette crouched in fear. Kyle picked her up and got her back in but Cinnamon choose to be difficult and had us chasing her around the yard squawking up a storm in the middle of the night. (Sorry neighbors) Everyone was safely back in, although we didn’t get much sleep after that and probably the chicks as well. We as humans have ONE job, protect the chickens.

It was a pretty traumatic event and the girls were on edge the whole next day, but since then they have been well and everyone has been okay. We make sure to double check the door is closed now! With that I wanted to share this post with lots of chicken photos :-) We will be giving them up soon and don't plan to get chickens again. Although they are allowed in Minneapolis, not sure our neighbors would be happy with that, and our yard is going to be much smaller. We're talking about maybe getting a bunny as a pet instead ;-) 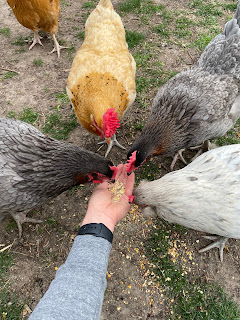 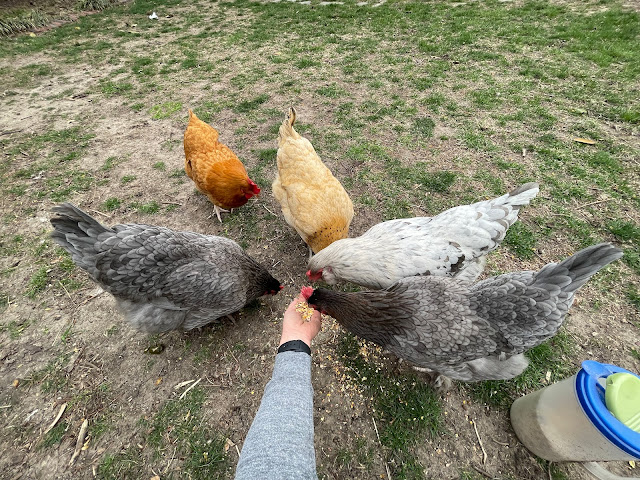 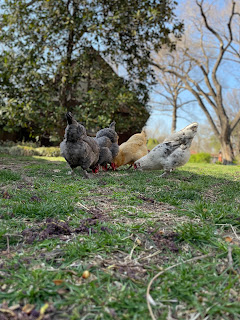 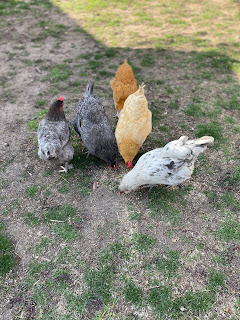 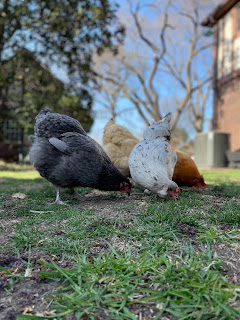 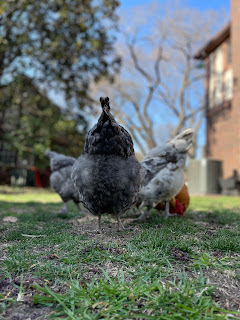 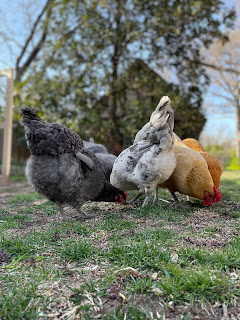 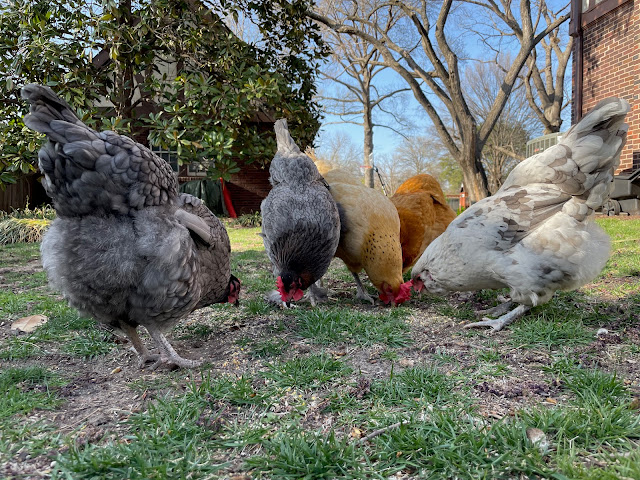 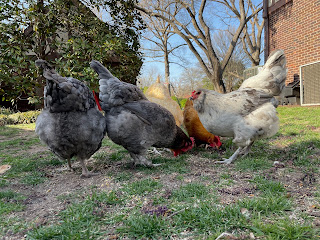 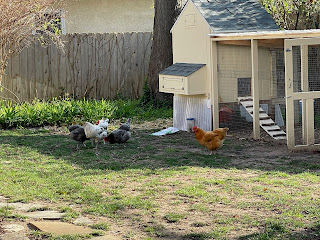 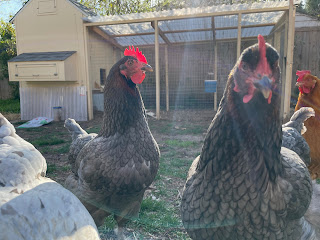 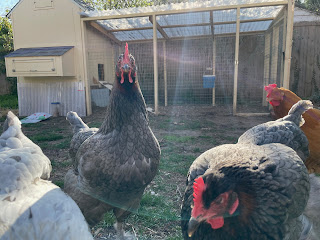 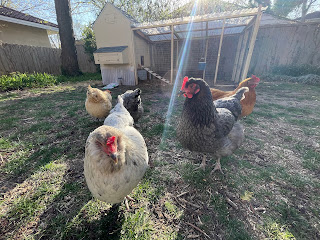 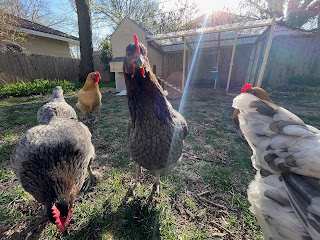 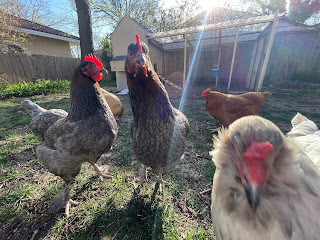 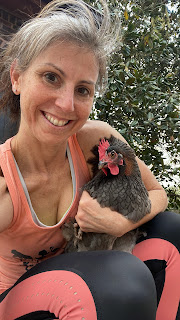 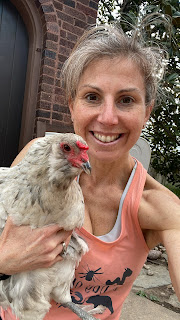 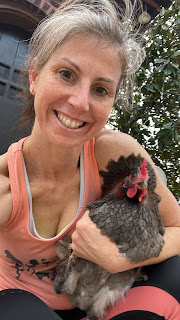