Anniversary celebration with flowers being delivered 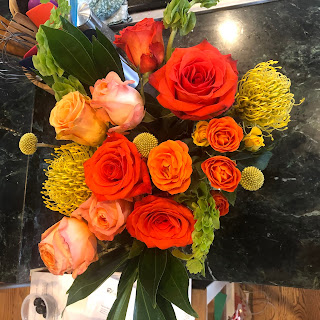 Monday night Isaac had his BSF call (bible study fellowship). This was a sweet moment captured with his little siblings wanting to join in and the BSF main truth up on the wall behind them. 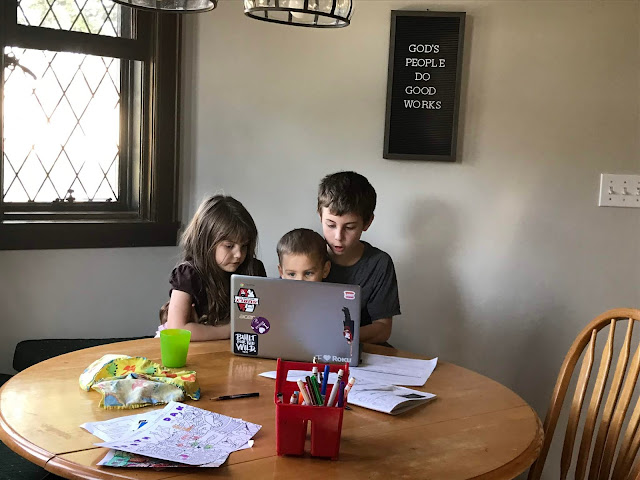 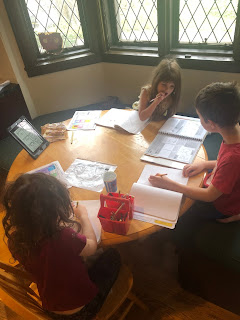 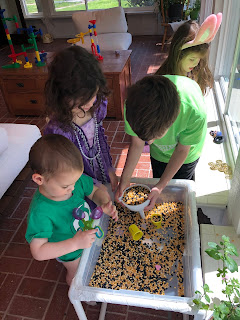 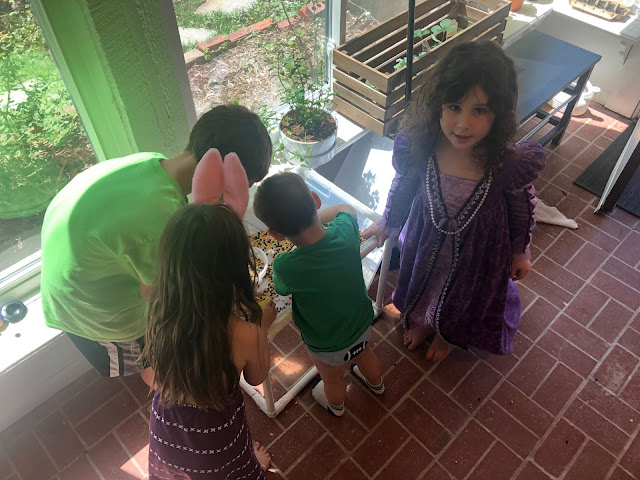 We were desperate for change and to get out so I loaded up the kids and took a trip to Home Depot. My butt was killing me from sitting on their rugs without any padding so we picked up padding for four of the rugs. Kids stayed in the car while I ran in. 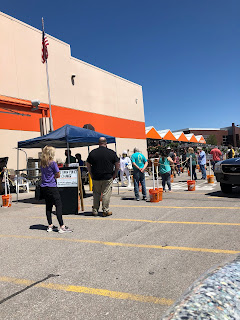 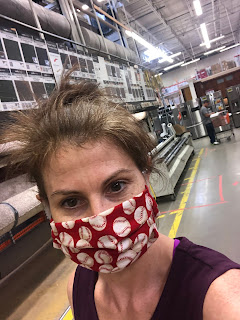 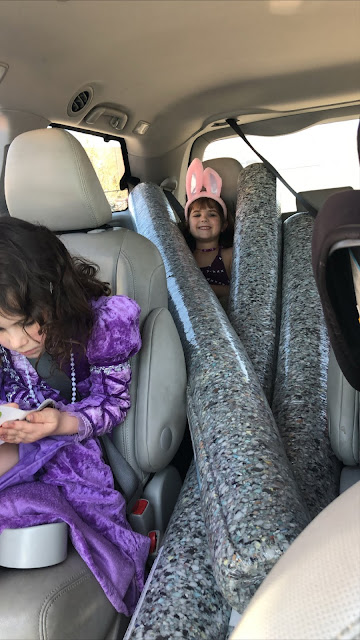 April 25th - we ordered curb side pick up from Dempsy's Biscuit. We tried their 'reaper' flavoring which was the hottest and it RUINED us! We were in the pain the rest of the weekend from our digestive track freaking out because of the spice, lol. Learned our lesson. Isaac ordered Hot Hot which is what I've eaten in the past, even it was spicier than usual so I think we just got it with an exceptionally spicy cook. 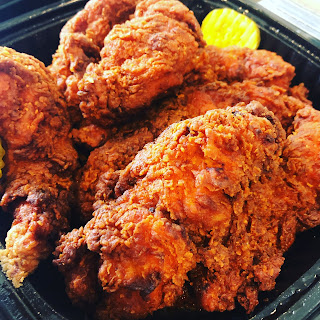 Sunday Morning (April 26th) I went for my first bike ride since moving. I got a new bike at the end of the season last year and had only ridden it inside. Clip in shoes and all. So I had been a little nervous to go for a ride but the time needed to come. It felt great to get out and I rode down to the river in downtown Wichita. Beautiful morning 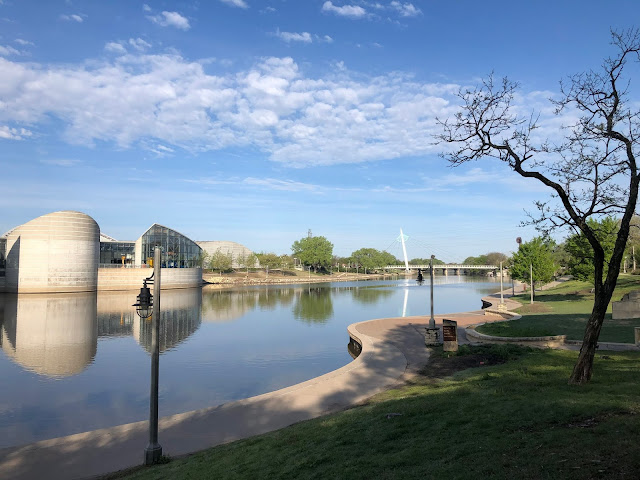 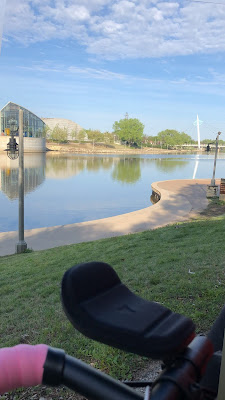 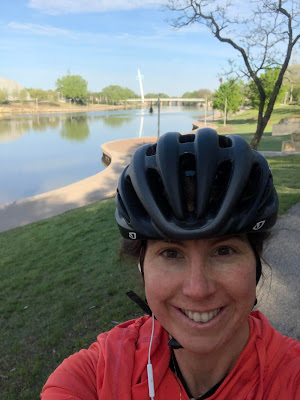 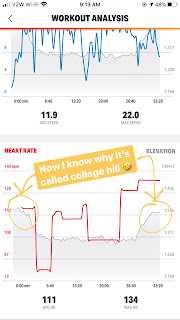 We made more homemade ice cream that night. 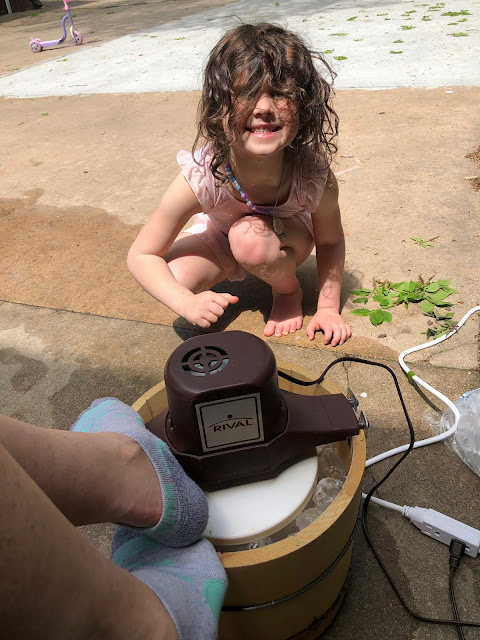 And gave Isaac a home haircut that evening. 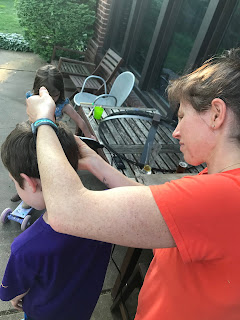 Some more photos from playing and schooling the end of April. 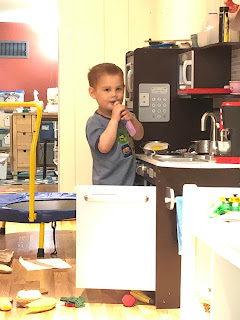 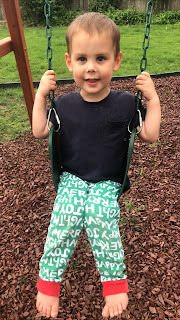 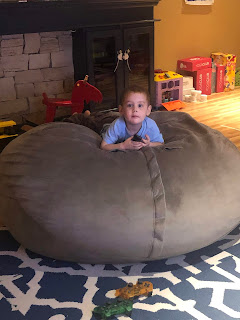 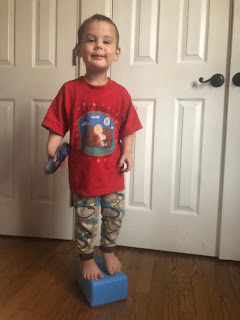 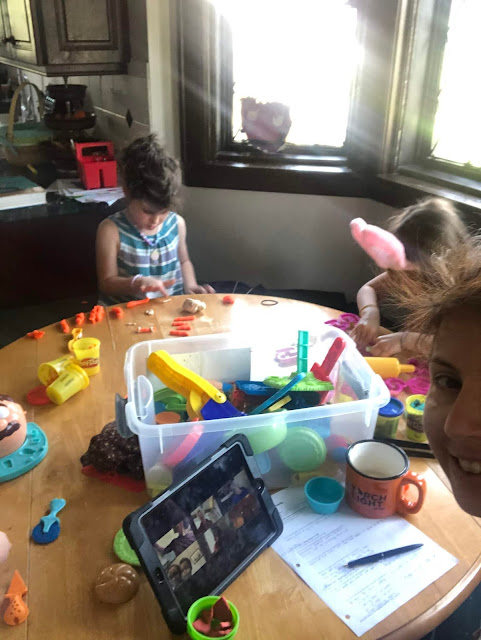 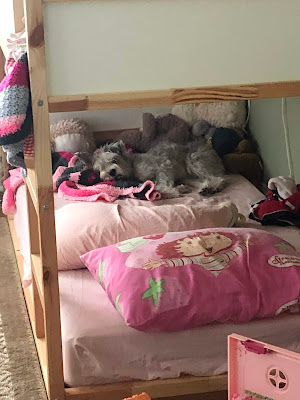 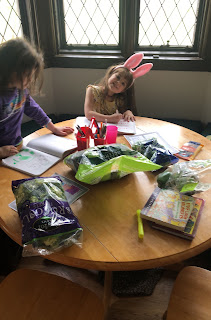 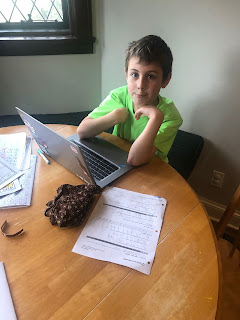 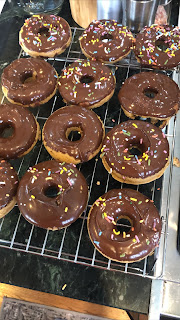