Isaac turned SIX on Monday! Can't believe how quickly the times goes. We were going to have his birthday party on Sunday, but he woke up with a fever and feeling REALLY crummy so we postponed it til the following weekend. Had to break out the blocks for the yearly photo: 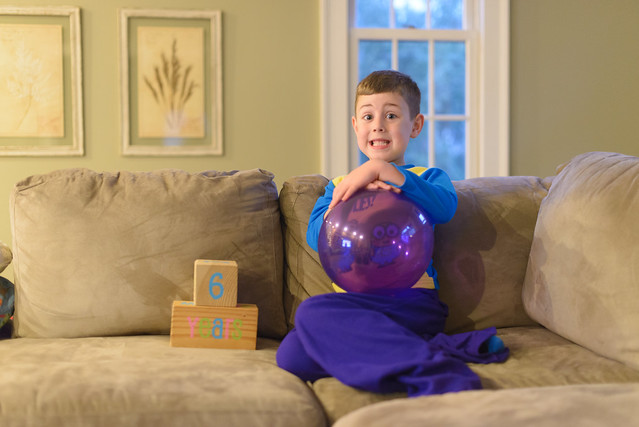 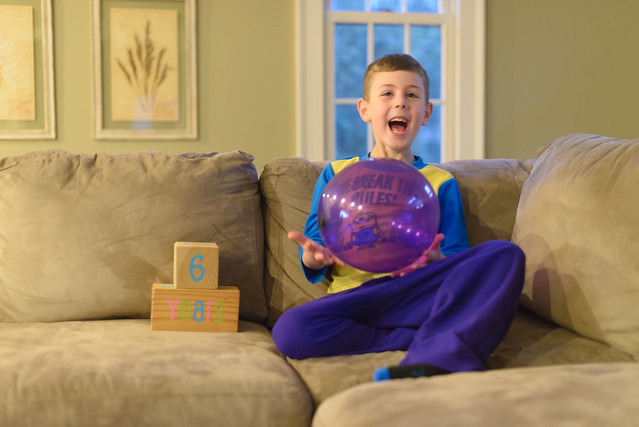 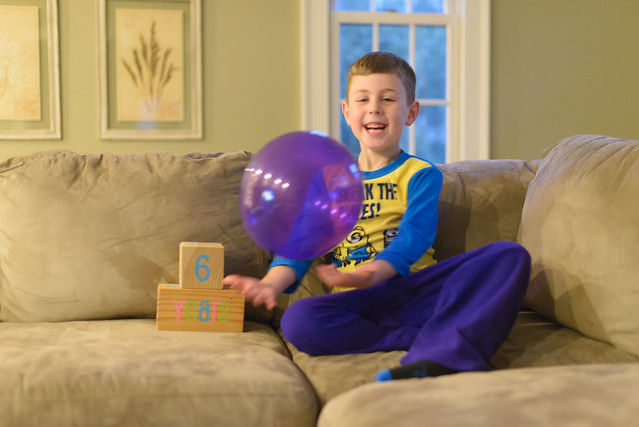 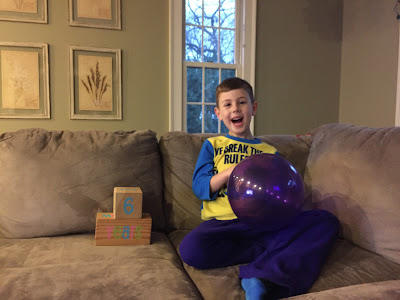 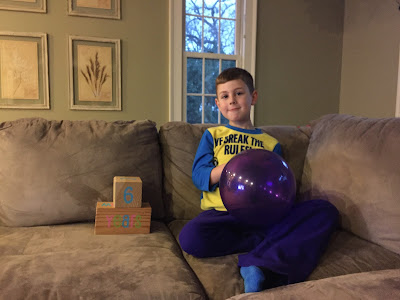 He had a really high fever Sunday and Monday. Was home Tuesday because of the previous day's fever but was doing better. I sent him to school Wednesday and when he came home he looked like he felt awful and had a fever of 103 again. Thursday he spend on the couch all day and Friday he was home again because he had a lingering fever on Thursday. Thursday he decided he wanted to push back his party another weekend because he still just wasn't feeling well. I'm glad we did, cuz although he was fever free, Emma was no. She had a high fever through the weekend.

This is how most of the day (and week was spent) 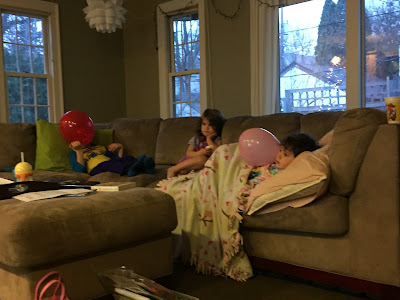 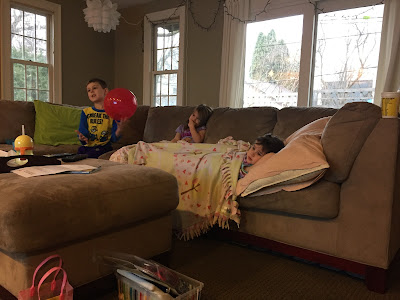 He perked up a bit when these balloons arrived! Grandma Judy had sent some super fun balloons. 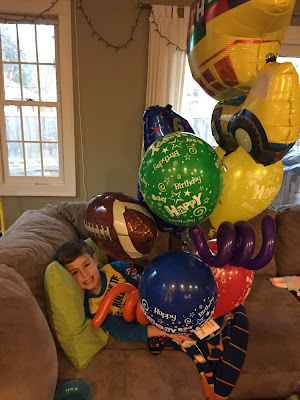 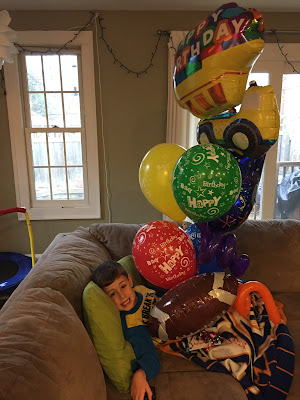 Hanging with little dude while everyone napped. I had a high fever too, no fun. 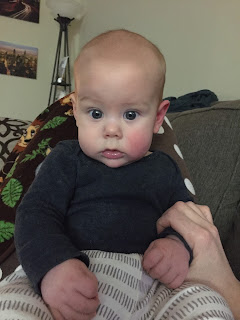 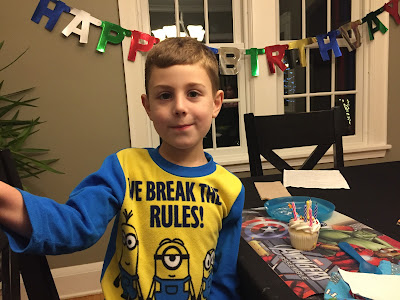 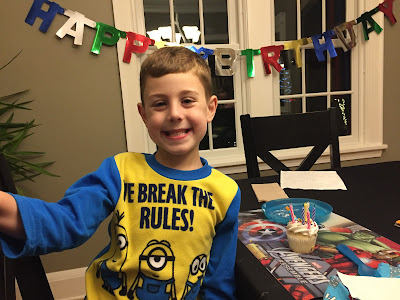 He was pretty excited as we sang him "happy birthday" and he blew out the candles. 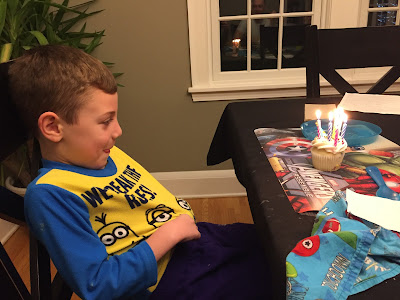 Then he opened up his three presents. He got a football, which he loves. He got a flying ball toy from Grandma Cindy, that we eventually figured out later in the week, and soccer goals from Grandpa Del that he's excited to get outside and play with. Once this sickness is finally completely past we'll get outside and play with the football and soccer goals. 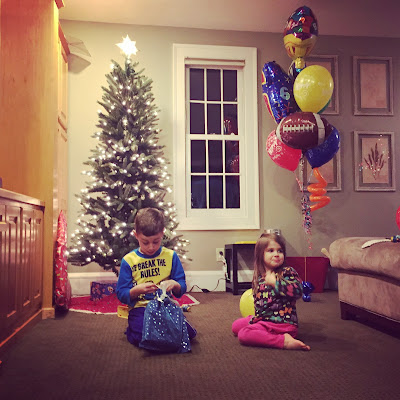 Hopefully next year his birthday is a little healthier and that his party next weekend makes up for the actual day being so dreary. Poor guy :-(

Later in the week we did get our first fire going, I built a fire Wednesday night and Thursday night. 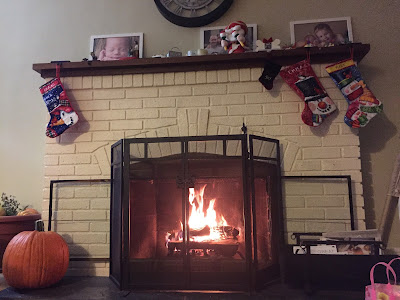 Thursday our dear friend dropped a present off for Isaac in the mailbox. He was happy to open a present (although still feeling really crummy) It was the Holiday Trolls movie so we popped it in to watch and got some laughs! 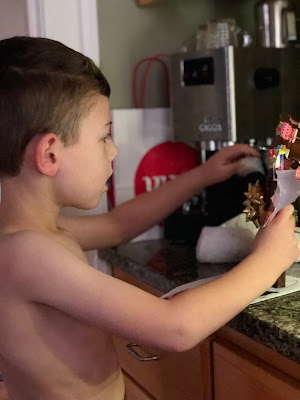 He took a really long nap on Thursday. 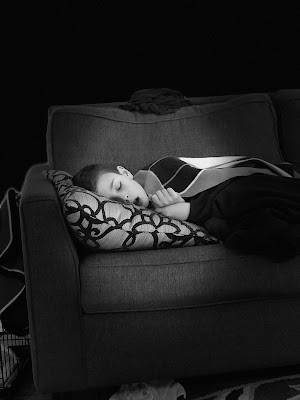 And then we had a fire and daddy brought home Chipotle which we had as a picnic in front of the fire. 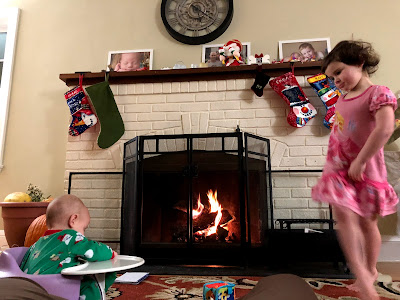 I love your blog posts. Thank you so much for letting us be a part of their lives & watching them grow.