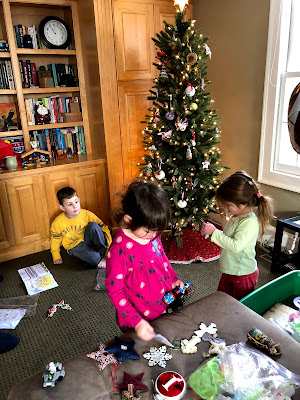 We put up the tree a few days ago, but since everyone was sick we were waiting to get the ornaments on. Everyone was feeling a bit better on Saturday (mostly - Emma is still feverish but managing well after she's had some ibuprofen) so we got the ornaments out. I quickly realized we're going to need a bigger tree for the family ornaments. The front tree I decorate myself and it has matching ornamental balls, but the back I let the kids decorate with all our family, meaningful ornaments. 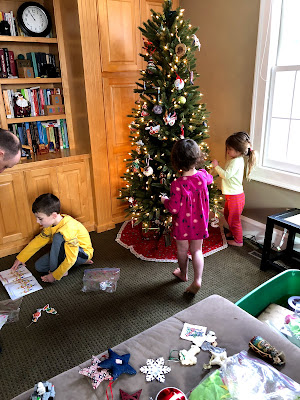 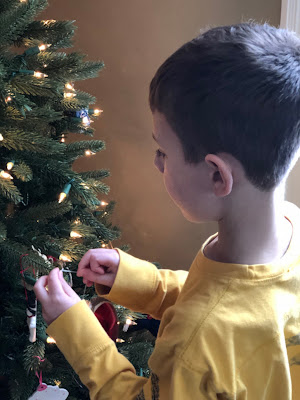 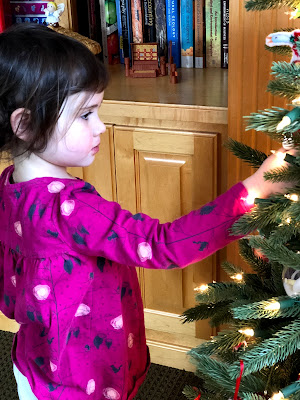 Isaac getting some brother love in: 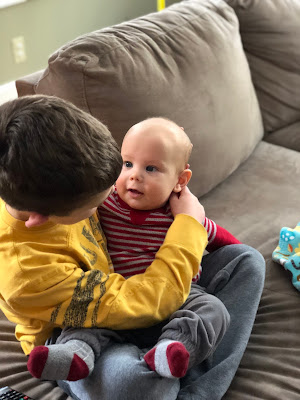 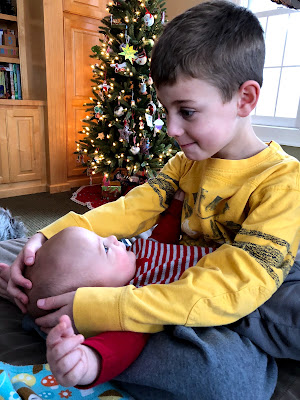 Thomas LOVES Isaac! He smiles so big as soon as he catches sight of Isaac. 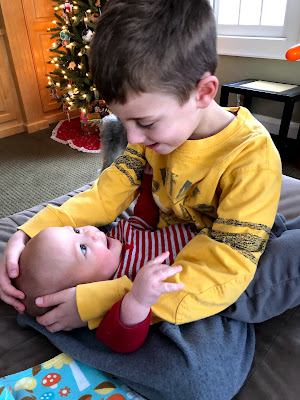 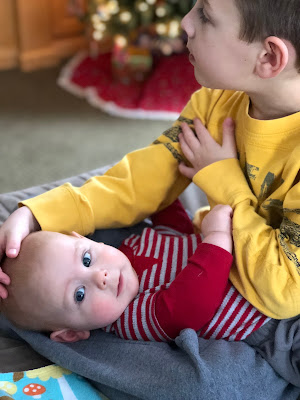 We had read this book on candy from the library so we attempted to make some rock candy. The first batch didn't take which I could tell the first day so I ended up boiling in some more sugar. These sat for a while, longer than I remember them needing to sit. The kids kept asking when they could 'drink it'. They were excited it was time, so Saturday we took them out of the solution and hung them to dry. They ate them a couple hours later, but after a few bites declare "I'm done it's too hard, crunchy, and sticky" haha well that's sugar for you. 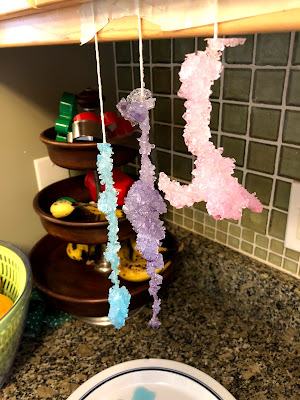