Saturday we attended our town's Easter egg hunt... well egg pick up, there wasn't really anything hidden about the eggs. We arrived at check in time and claimed a spot, it was held at our city's Middle School. It was still about 15 minutes until the actual hunt began and the crowd began to increase. They had two hunting spots: a three to five year old area and then a six to eight year old area. 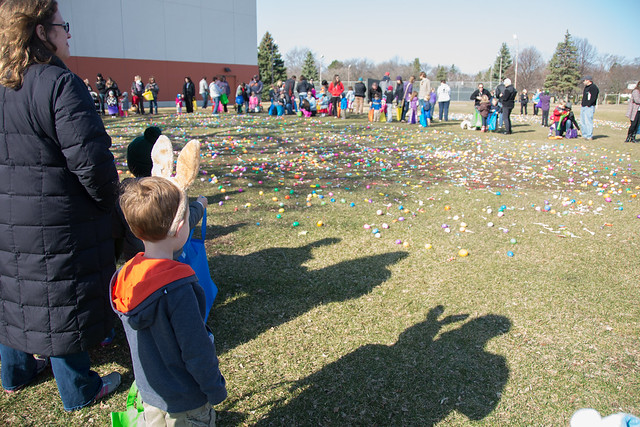 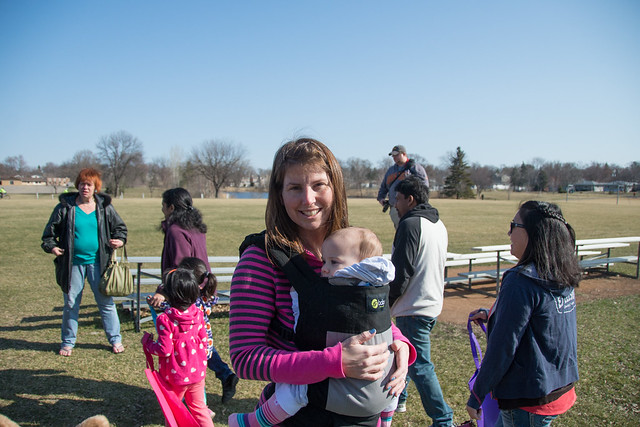 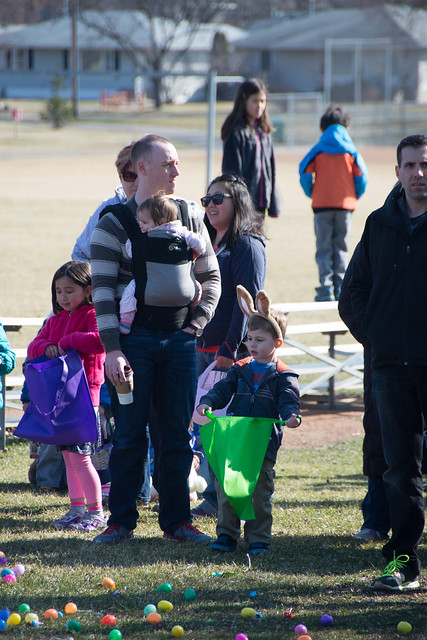 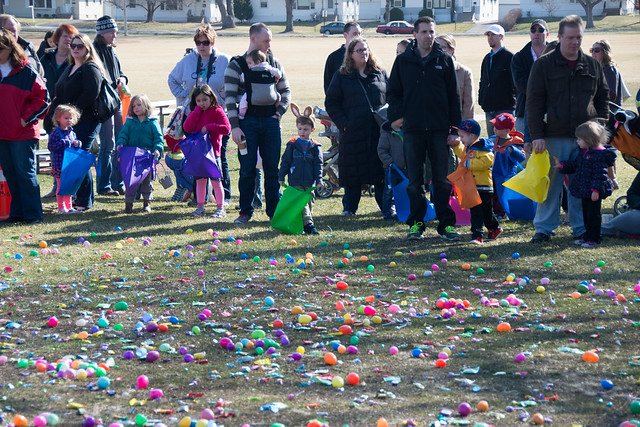 It was a few minutes until the start time of 10:15 when a little hunter started to wonder out onto the 'field'... thus creating other parents to let their kids and ended with a quick "go, go" from parents before the announcer could give the official go. We had coached isaac before hand that there were prizes in the eggs and even though there was candy lying all around to get some eggs too. We thought he would just pick up candy. Off he went: 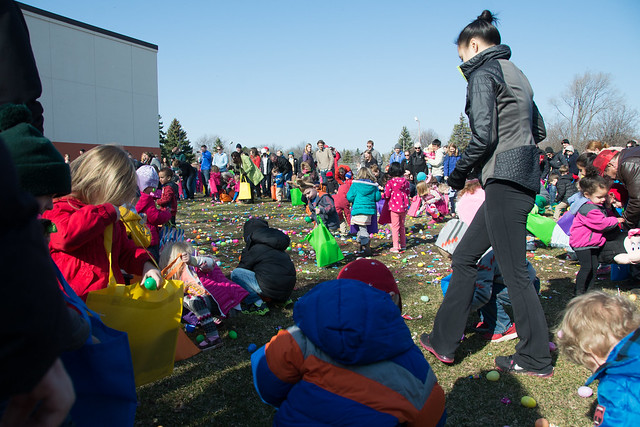 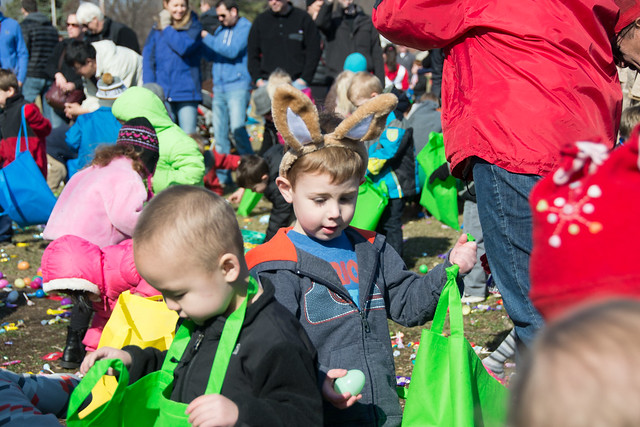 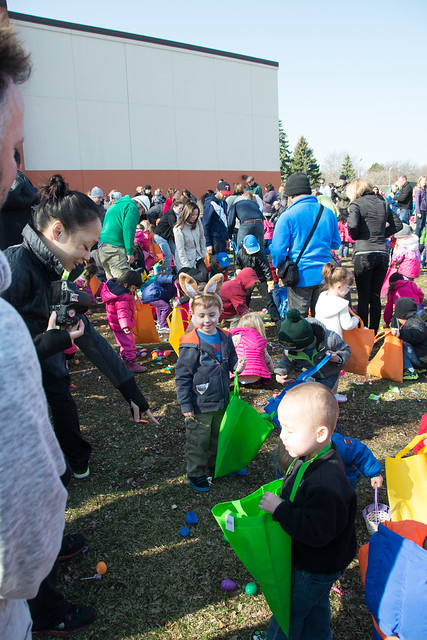 The field quickly became engulfed with parents... who began swiping up candy... and quickly everything was picked up. We reunited with Isaac and he had collected a good amount of eggs. I had asked if he got any candy and he put his head in his hands. When I looked in his bag I realized he didn't grab any candy and I quickly corrected my question stating that was fine and he didn't need candy and we looked at his prizes in his eggs. We went inside to the gym where Isaac could run around with a little friend that was there. Isaac also really enjoyed seeing the Lion (from the Lion's Club) 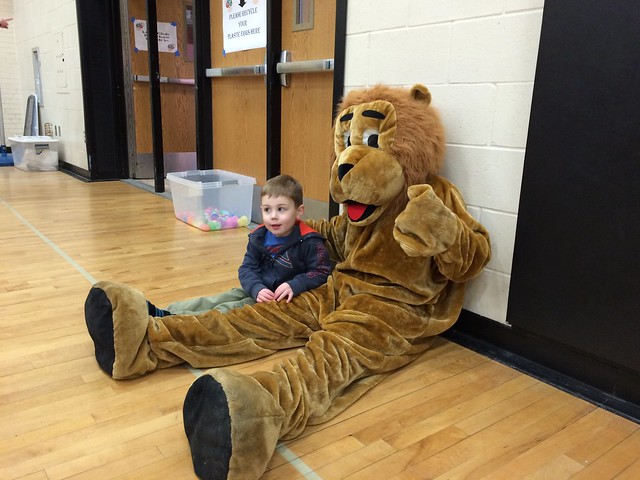 The Easter bunny was there, but I don't think Isaac ended up seeing him. We saw him while waiting for the hunt to start but he wasn't near us. Isaac sat next to the Lion a few times. 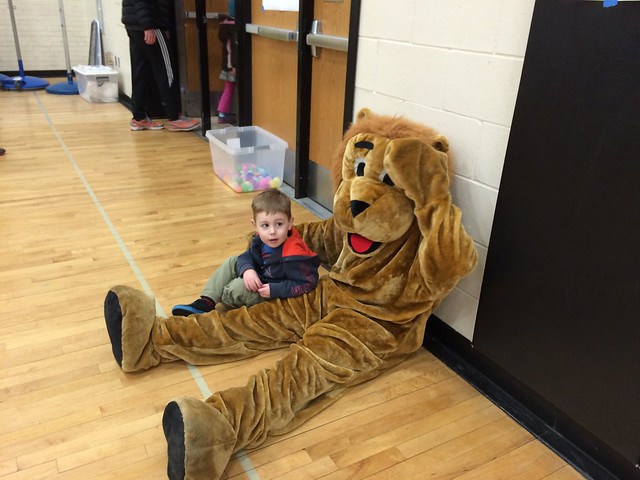 Here are the girls later that afternoon, I caught Mary in mid cough and you can also see the nice cheek scratch Mary gave Emma that morning. 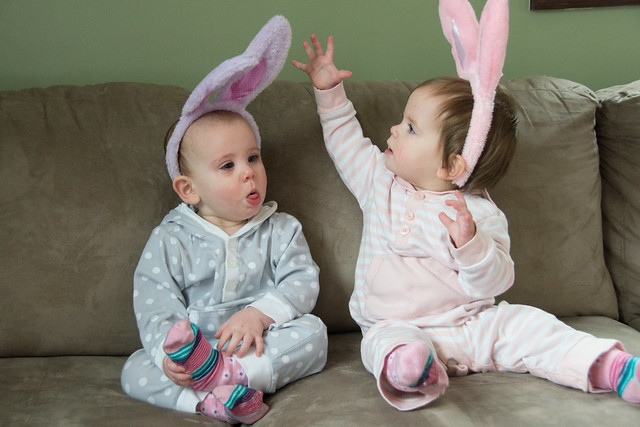 Mary doesn't look so good, but it depicts our weekend rather well since we were all feeling crummy. 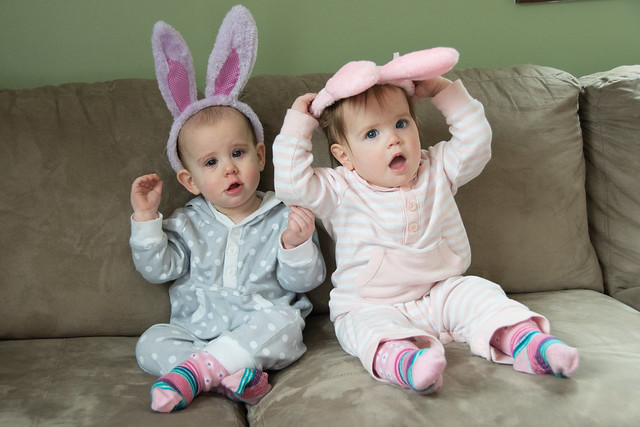 After nap we had our own rendition of an Easter egg hunt (with candy inside). Isaac later said he liked hunting eggs at our house better than at the school. Here are a few videos

A little slow to warm up coming out the door, he wasn't happy there was an egg in the garden.


Starting to get into it:


Girls playing with their eggs: 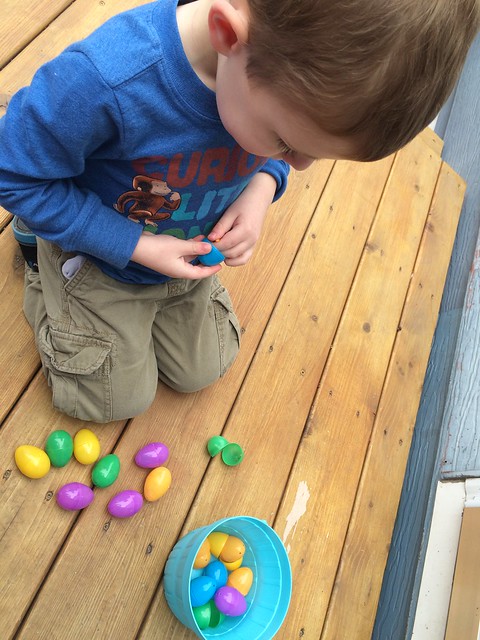 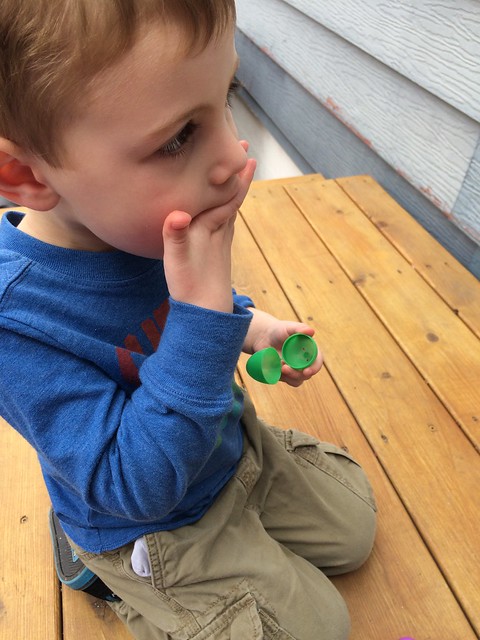 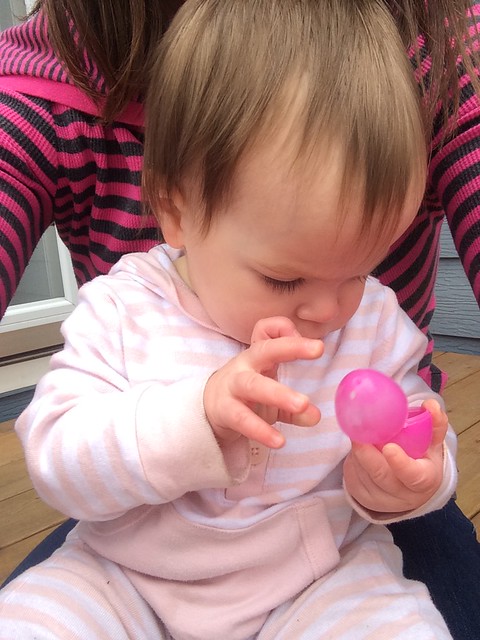 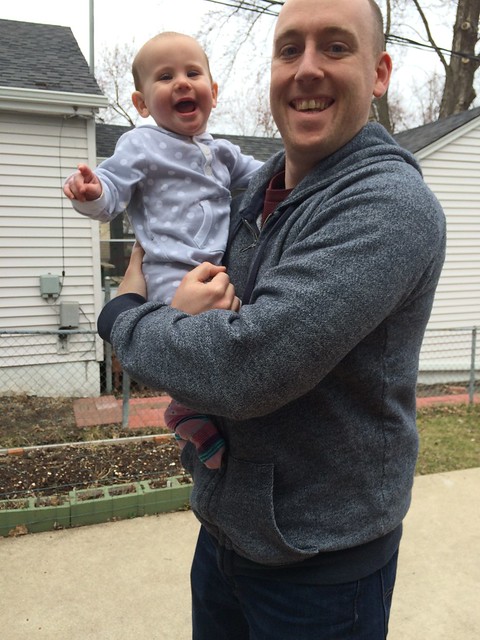