I can't believe we've almost reached a year since the girls were born. I remember this time last year I was expecting them to arrive any day... little did I know it would be a WHOLE nother month!

Mary loves to explore and is for the most part independent. She loves bath time and is quite fast at crawling. She loves sticking her tongue out and she knows all the right buttons to push. She is starting to leave Harpo's water bowl alone but she will still look at us, at the water, back at us with a smirk.... If you walk into a room where she is playing she will throw what she has and crawl off even if she wasn't getting into something she shouldn't be, but most times she is. :-) She still doesn't have any teeth, but the way she is holding her tongue against her gums I think they are close. 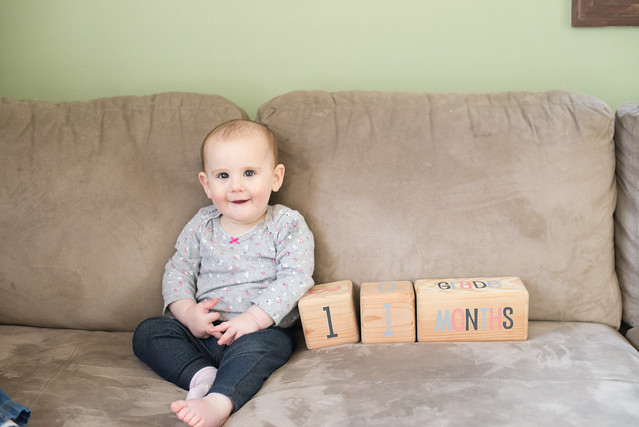 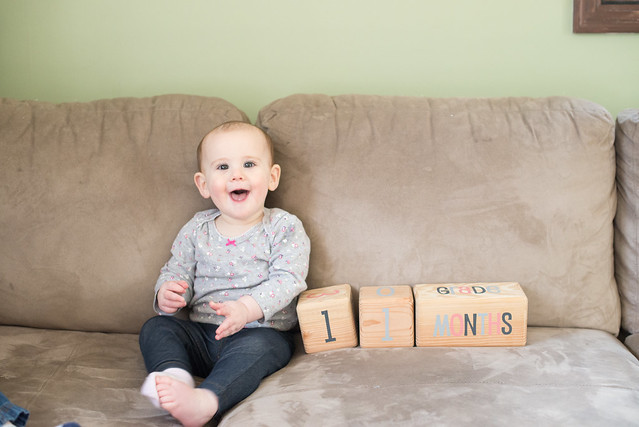 Emma is a climber and (like Mary) gets into everything! Just the other night we were cleaning up dinner and we look over and she has ripped out the night light, broke the cover off and was chewing on the lightbulb! AHH never a dull moment with twins! I think at that same time Mary was over destroying the books on the bookcase and slewing them across the floor. We never get to relax. Emma isn't as fond of bath-time and prefers to play with Mary and Isaac while standing outside of the bath. 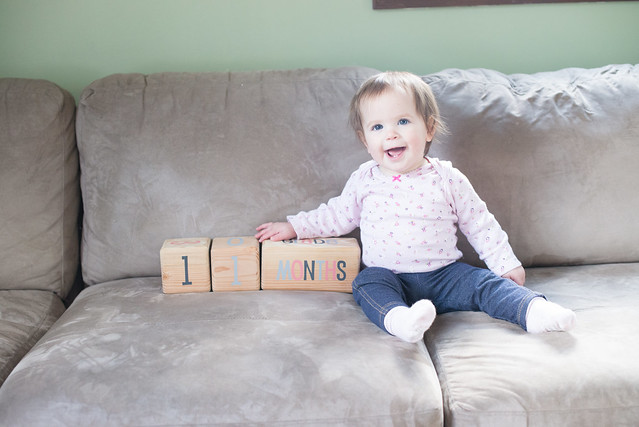 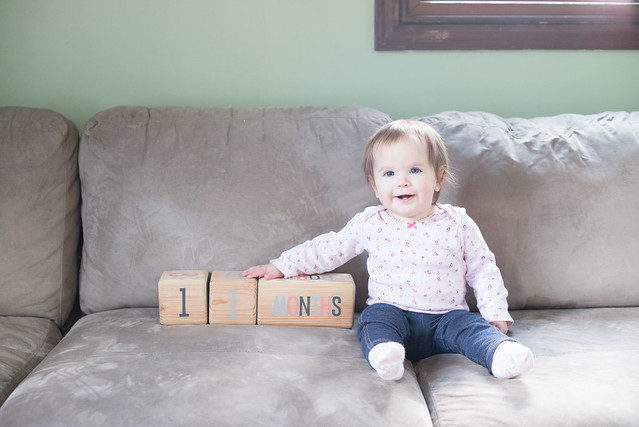 They both go through their spurts of eating, Emma typically eats a lot more than Mary but Mary is still bigger and could almost officially be a different size in clothes than Emma but that would just make my life even harder so I still dress them in the same size. They both love their big brother and Isaac loves them too. It's so fun to see them interact. 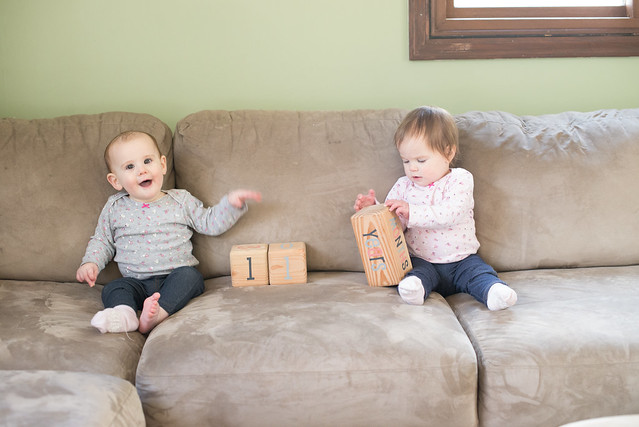 This is the chaos of two 11 month olds while trying to get a picture of them near their blocks.... haha 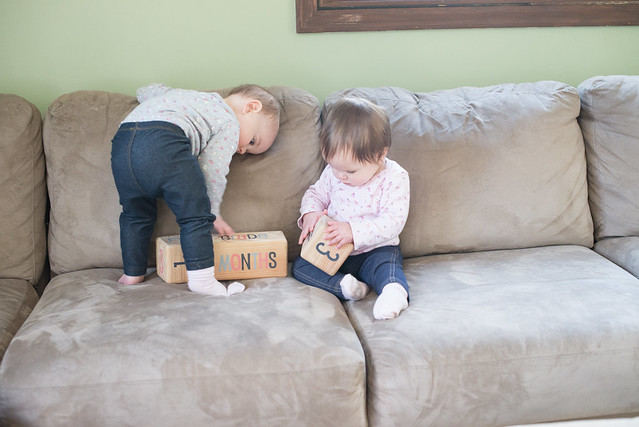 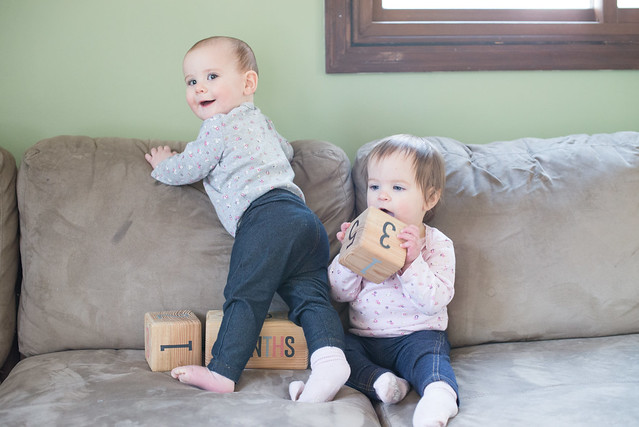 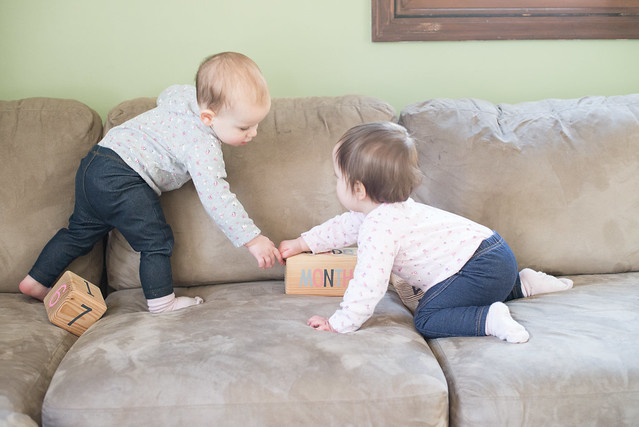 and the blocks are off the couch, again 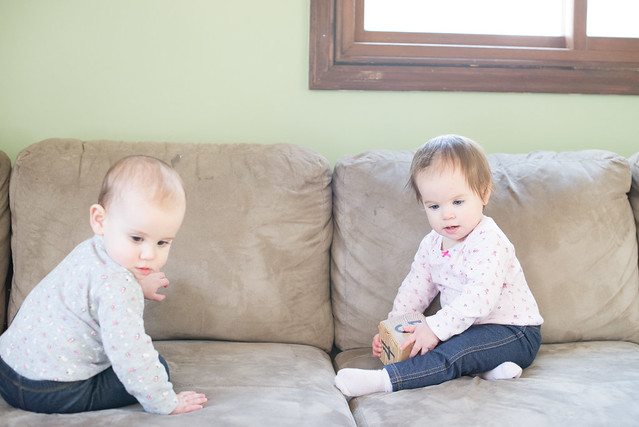 So I rubber banded the blocks together 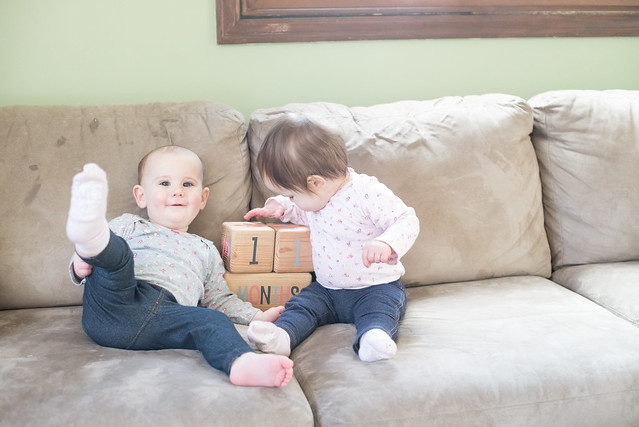 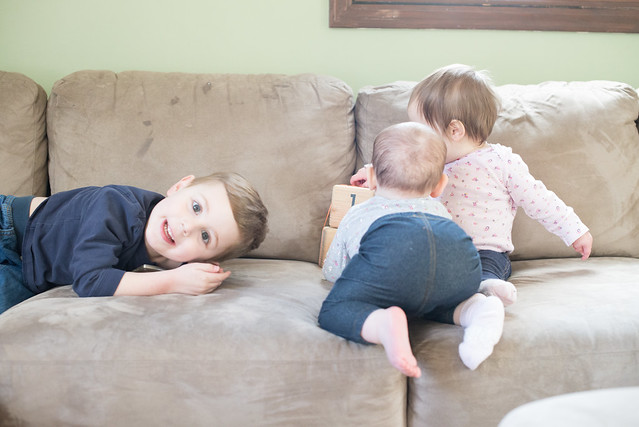 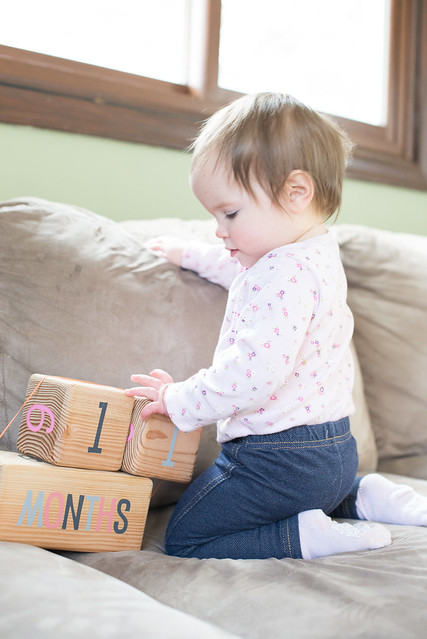 Isaac wanted me to get pictures with his blocks too :-) 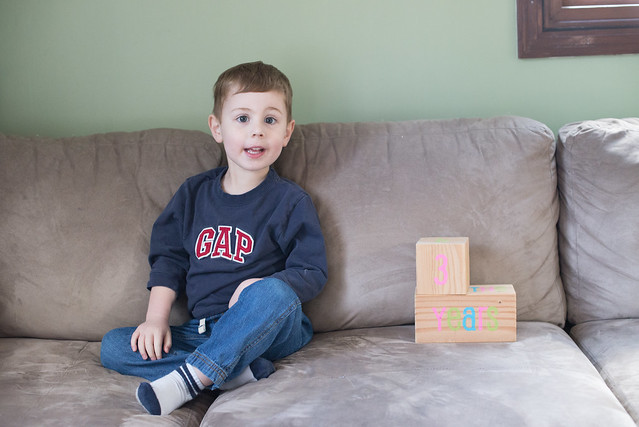 He is growing just as fast as the girls. I swear the other day he woke up and he was a few inches taller! He is getting smarter and smarter and spends a lot of time thinking. He likes for me to do the alphabet sign language when I sing him the ABC's at bedtime and he can do it right along with me now. He is interested in reading and picks out lots of words like Cargill, Ikea, See, Cheep, Moo, Zoo, Alphabet. He also reads the word Kirkland and says "Costco!" lol because he knows kirkland brand stuff comes from Costco, too funny. He goes around the house "This came from Costco, this came from Costco..." At swimming lessons tonight he floats on his back by himself, as of tonight he enjoyed jumping in and he will stick his face under water on his own.

He is also writing his name! (left handed) 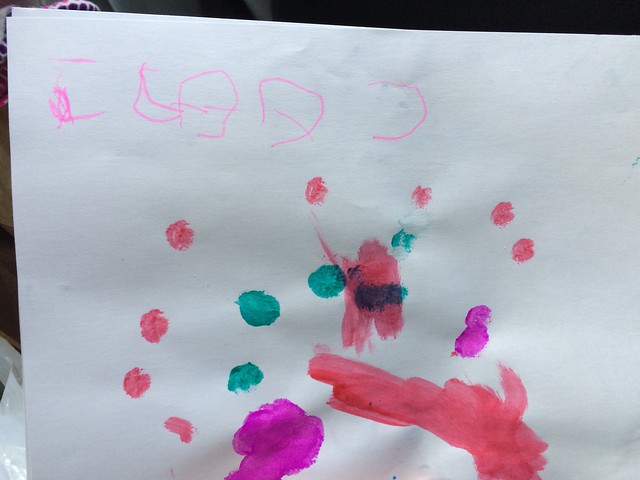 The weather has been beautiful so we have been outside enjoying it as much as we can. We got a new outdoor table and chairs a few weeks ago and had dinner on it this past weekend for the first time. Isaac is excited to be playing tball and soccer outside again and trips to the park.

Here are some pictures of the girls tonight on our walk while Kyle and Isaac were at swimming lessons. 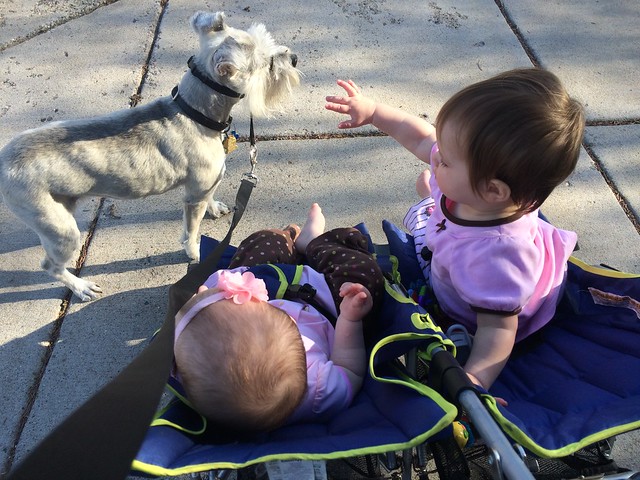 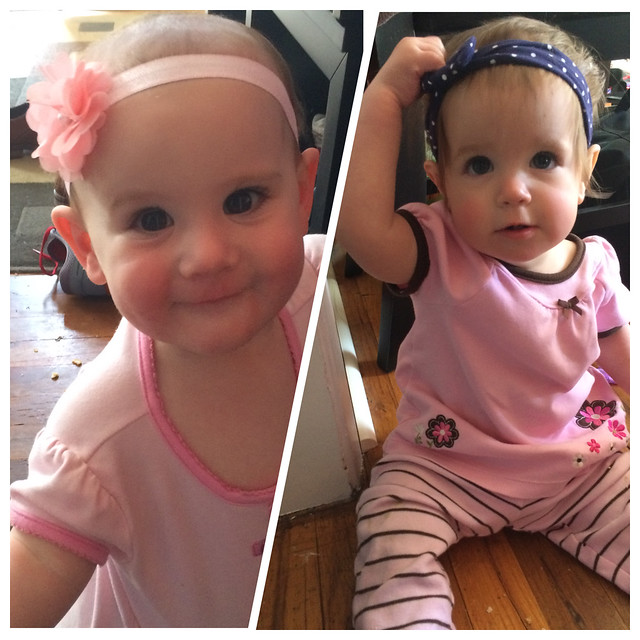 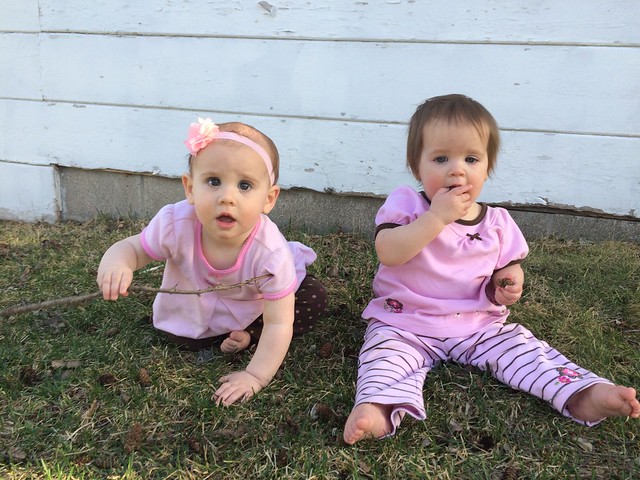