We got 8"-10" last night. Well starting yesterday on my drive in to work about 2:30pm. Leaving the house for work: 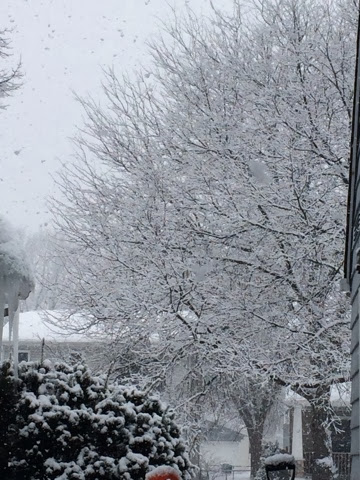 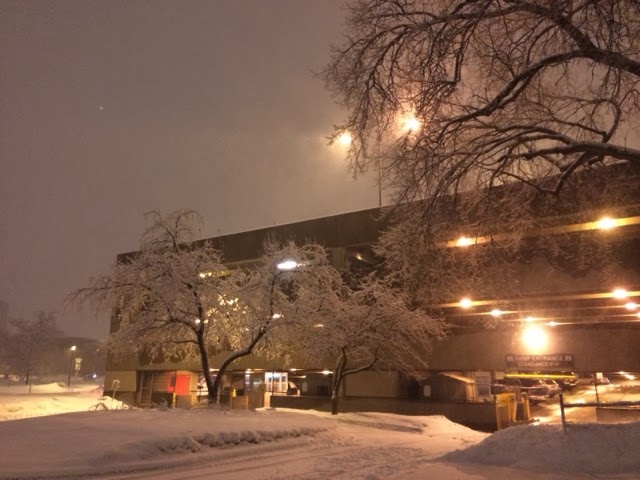 And the snow continued through the night. In Minnesota the snow doesn't melt until 'spring'... so maybe April or May. Which means our piles of snow are getting quite large!!!! Had to take Isaac out to play in it today. Well the best 'playing' we could do.

My picking of clothes is starting to get quite slim. haha no pun intended. But I was able to put on Kyle's snow pants....With the help of a belly band: (I'll try and make my belly look not so big by making the photo a smaller size :-P 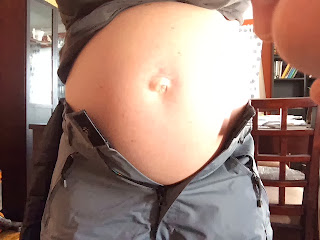 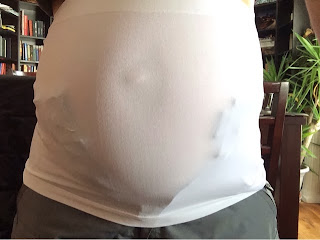 Once we got all bundled, we made our way outside. It wasn't warm by any means. Pretty windy and about 12 degrees. But Isaac really enjoyed being out in the snow!

Kyle has been amazing this winter since he is for the most part shoveling all by himself. I helped about up to mid-January (and I even did a little patch today while we were out) but I haven't been able to be much help which is expected. It kinda stinks because I don't really mind shoveling, where as Kyle HATES! it. Anyway he got up this morning to make sure there was a path to the street as a friend of mine and I were going to drive to Woodbury to hit up a baby store... but glad we didn't sounds like the highways are horrible. Getting shut down and semi's getting stuck due to ice. Safer that we just stayed home. But his efforts weren't a waste, we needed a cleared path to play and explore.

In an effort to prevent him from knocking all the snow into the cleared sidewalk, like he was doing in the above photo, I sat him on top of the pile to play. I can't remember if I blogged about our snowman... but he's pretty much sitting on top of our snowman. Tried to get my foot in the photo for reference. My foot is on the sidewalk, I'm sitting on another huge snow pile. 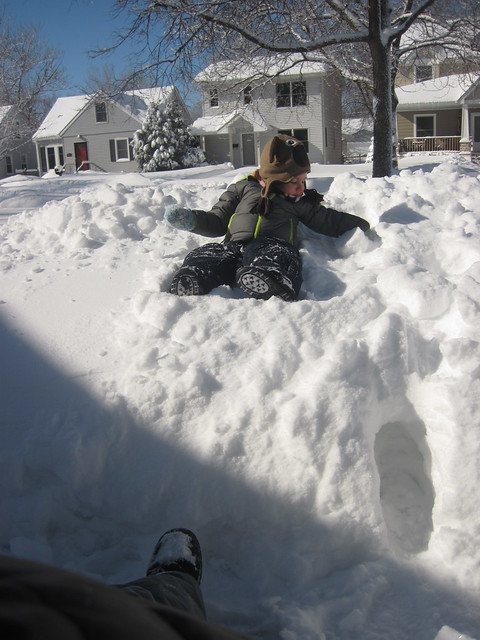 And he enjoyed crawling around on his mound

Here's another photo where I tried to reference the amount of snow we have. The shovel is touching the sidewalk. Hard to really get perspective in photos, but we have a lot of snow!