Last year when we left Minnesota, our dentist recommended consulting with some orthodontists to start the process for Isaac's mouth. He has a VERY small mouth for the amount of teeth he has/will be getting, so getting a spacer put in to expand his top pallet should help with avoiding the need to get lots of teeth pulled in the future. Last January when we first moved here we checked out three different orthodontists. We decided on one we liked and at first it was just a waiting game. 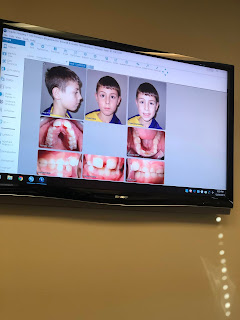 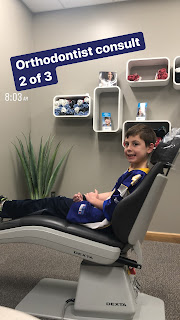 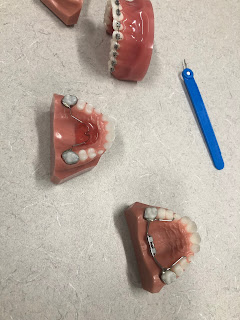 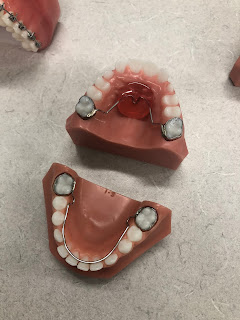 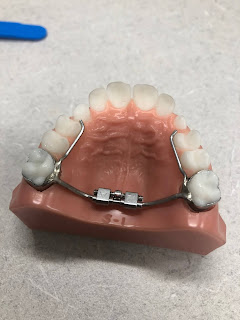 The one we choose was also the one that mentioned how large Isaac's adenoids were. So this led us to get his adenoids out and ear tubes place (pre CoVID thank you Lord). Read that post here. 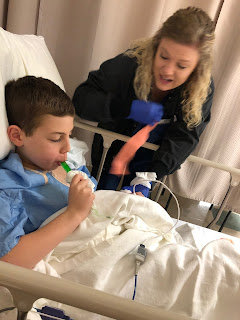 We had a 4 month follow up with the Ortho doc and first he wanted him to lose the lateral incisors and the canines as well as have the front two teeth fully developed. So we waited for that.

One out, this was March 2020; you can see the lack of space in his top mouth. 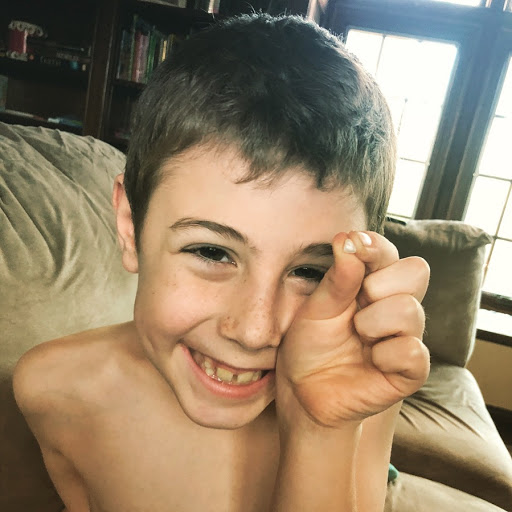 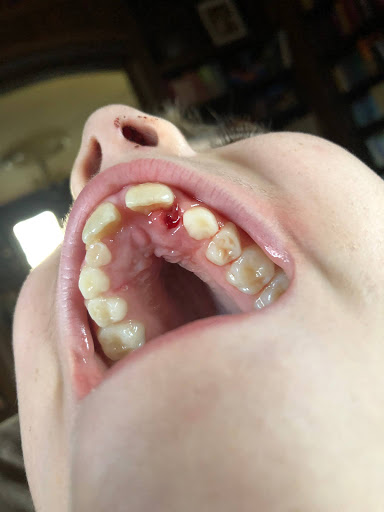 In June 2020 the canines weren't budging, so the ortho ordered the density to remove them. We hadn't yet found a density so it worked to get their recommendation and develop a family dentist. Isaac did GREAT! And was such a trooper, the dentist and hygienist said he took the numbing shot better than some adults. 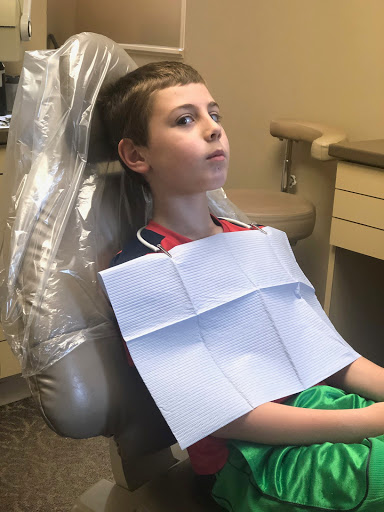 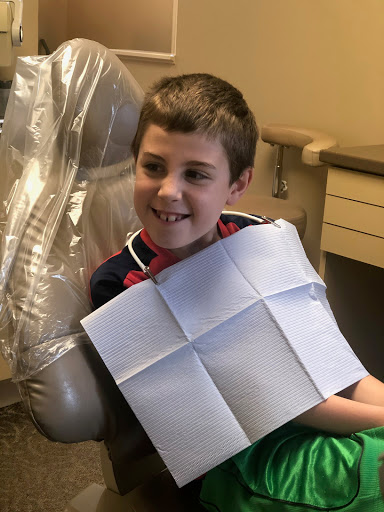 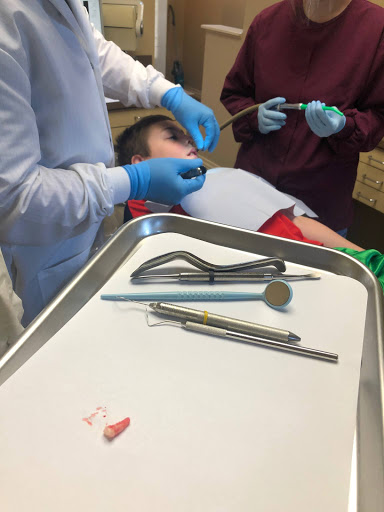 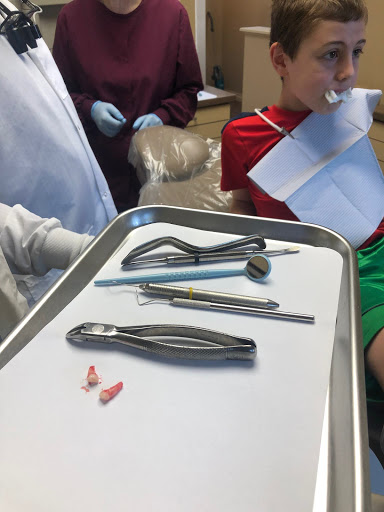 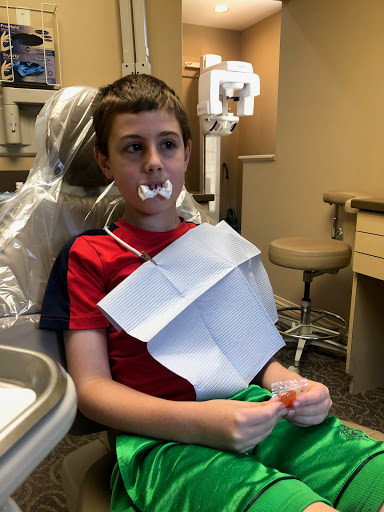 So nothing happened for another six months, then we had our follow up appointment with the orthodontist in December 2020. At this point we got the go ahead and they did the consult where we developed a plan and things were getting set in motion. 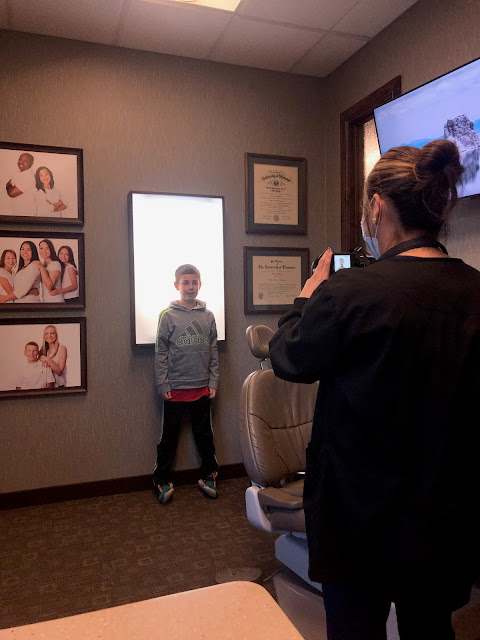 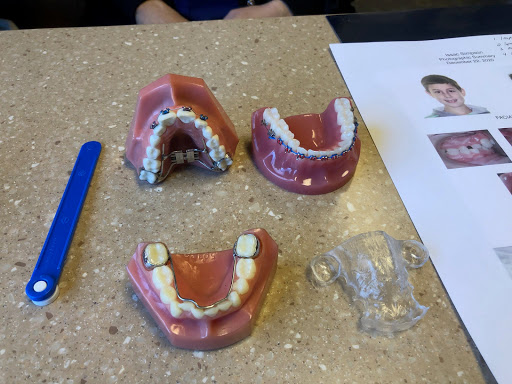 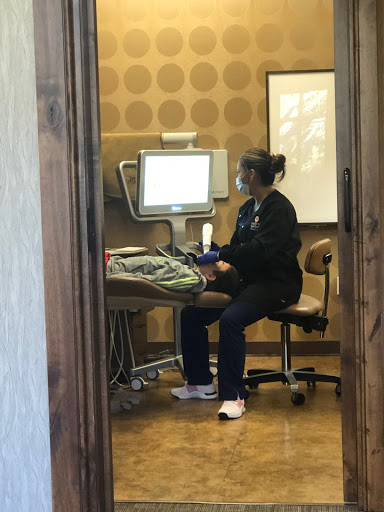 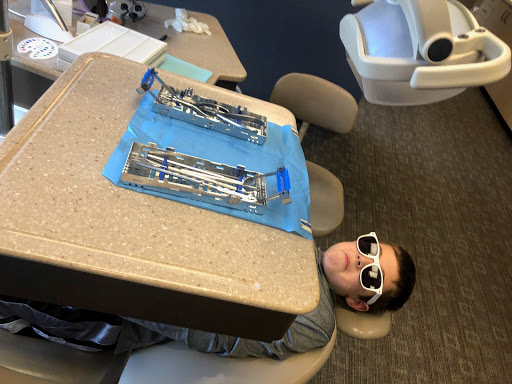 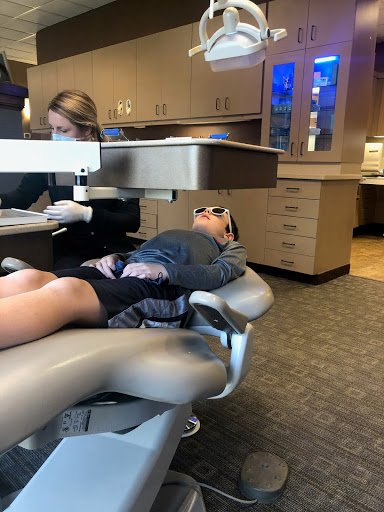 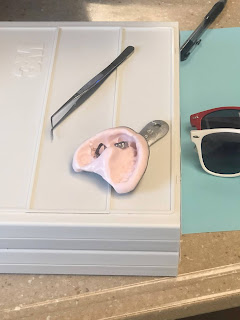 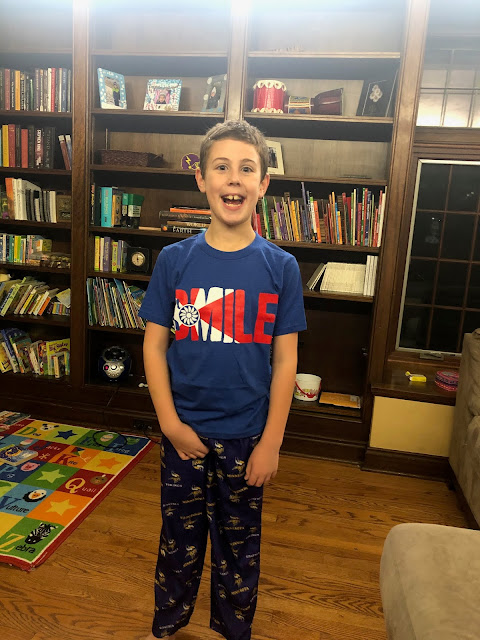 Then two weeks later, on January 20th, we went in to have it all put on.
Here he is picking out the color for the bottom braces bands 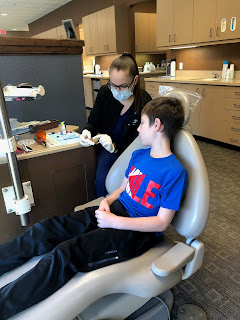 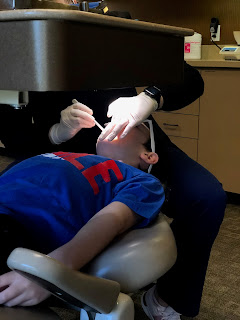 Expander put in. He wore it for a little bit to get used to it then they took it out and put it back in again. So he had a little bit of a break. It was very hard for him at first, he couldn't swallow and wanted to spit and it took a good couple days for him to get used to talking with it. 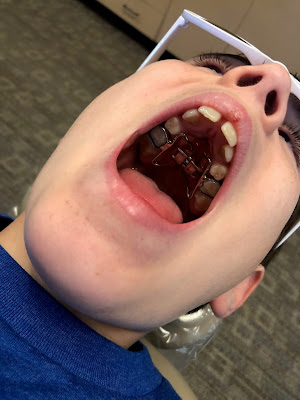 Now time for the lower brackets to be put on 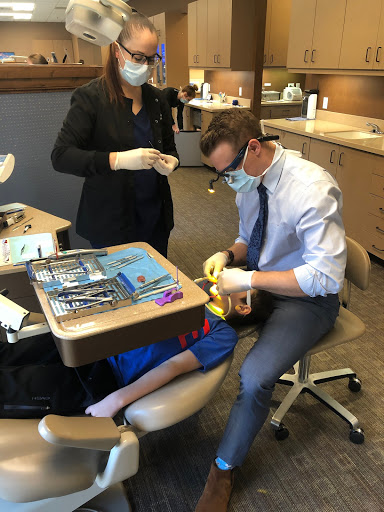 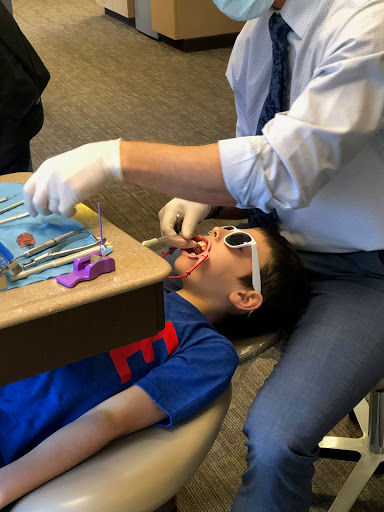 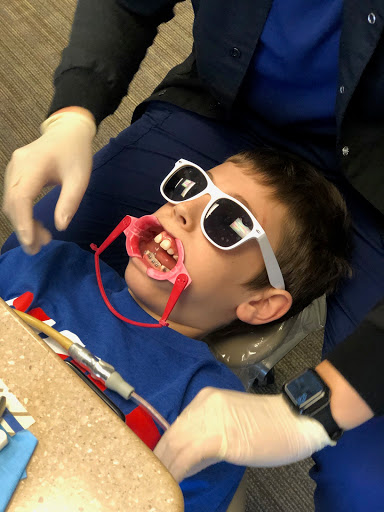 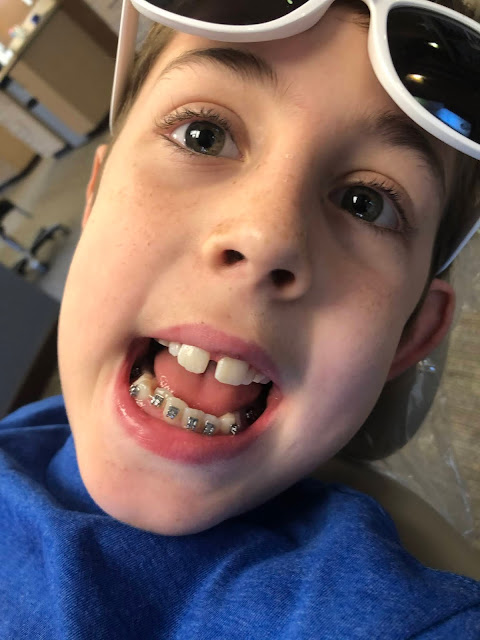 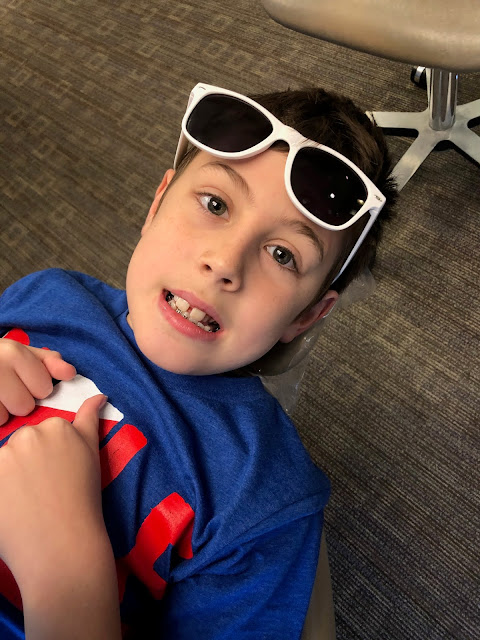 Orange bands and wire put in! Good to go. They had us turn his expander each night for the first 11 days. Then we returned in 2 weeks for a follow up. 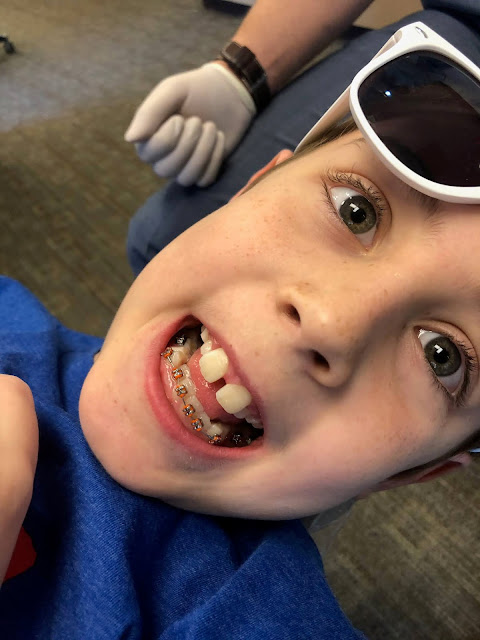 We returned in those couple weeks and they extended the lower bracket wire to go all the way to the back. Each time he comes in he will get to choose new colors. This time he picked blue. We are not doing any more turns of the expander for now and will return in 6 weeks. You can already see some progress in that lower row, that one tooth that was back is getting pulled up a bit. He's pretty used to them and talks just fine now. He has a nice routine down for brushing and we got him a water pick to help with the flossing. At first food was getting stuck up in the expander but in only those 11 days it expanded enough to make food easier to come out if it gets stuck. 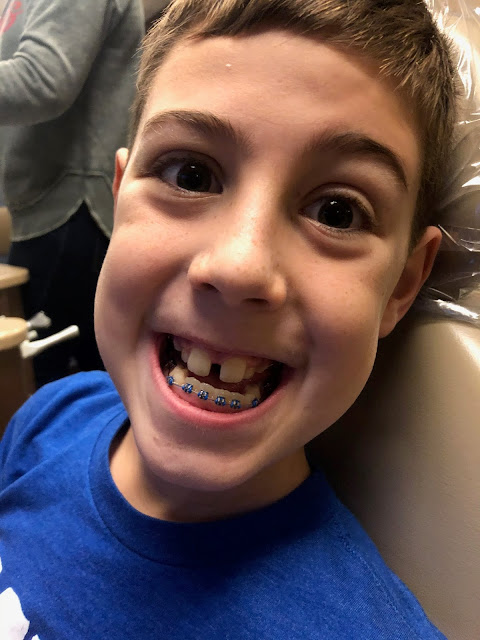 That brings us up to the present. Not going back until middle of March.