Chickens Week 10 and our first Rooster

Chicks were 10 weeks last week. I decided to start taking their photos only every 2 weeks. It's Sunday and they are a few days shy of turning 11 weeks... just getting this blog written. We had our FIRST crow today, on my birthday :-P Bob is officially a rooster. I spent the morning reaching and posting in some groups and found him a new home. We will drive him there tomorrow.
Emma holding Bernadette. 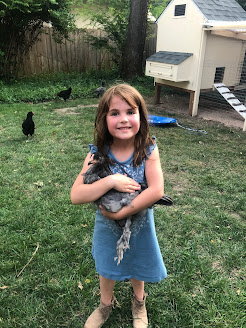 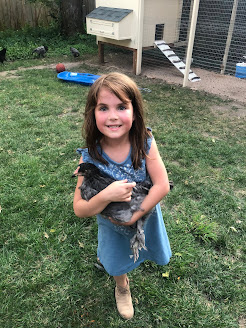 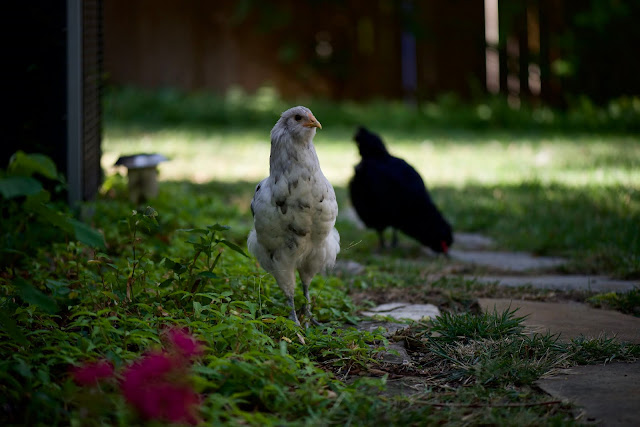 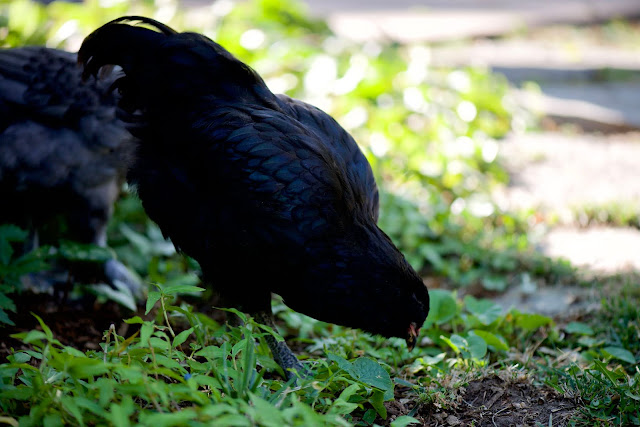 Here's Bob in all his crowing glory: 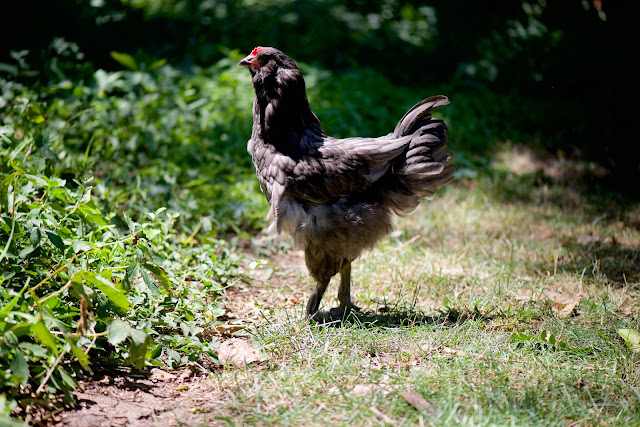 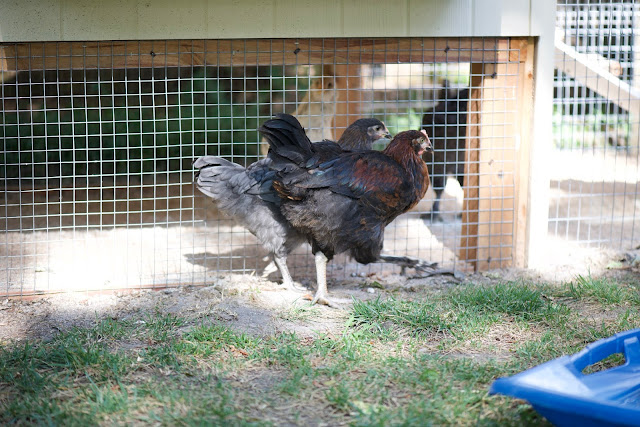 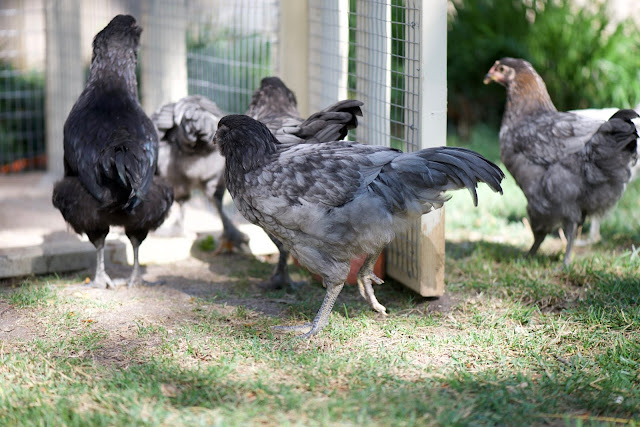 This is Olaf (another rooster I think): 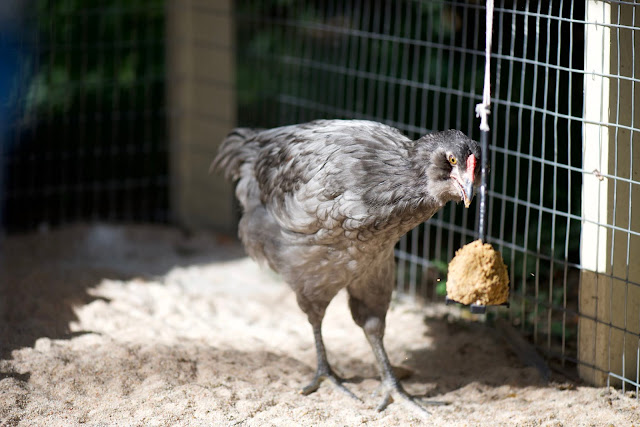 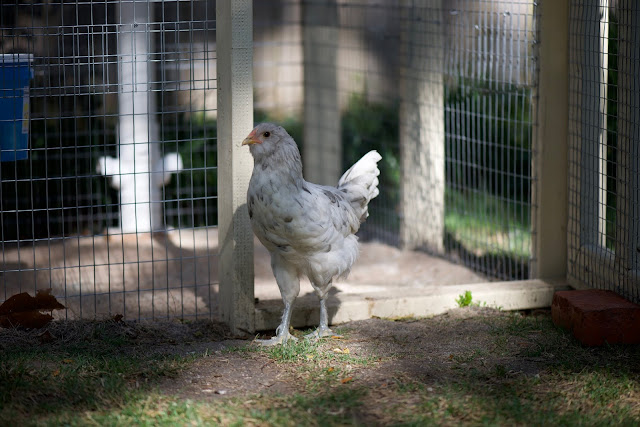 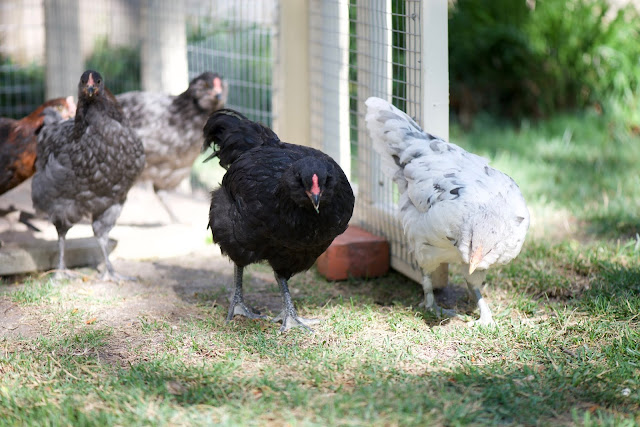 I think this is Bernadette (or Lila) both of which I think are hens. I can tell them apart by their feet, which I can't see in this photo. But I think that's Lila there laying down to the right. 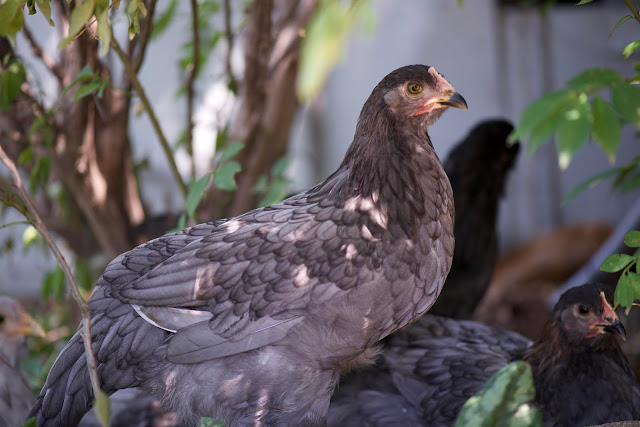 This was so funny, Elsa and Anna were caught sleeping: 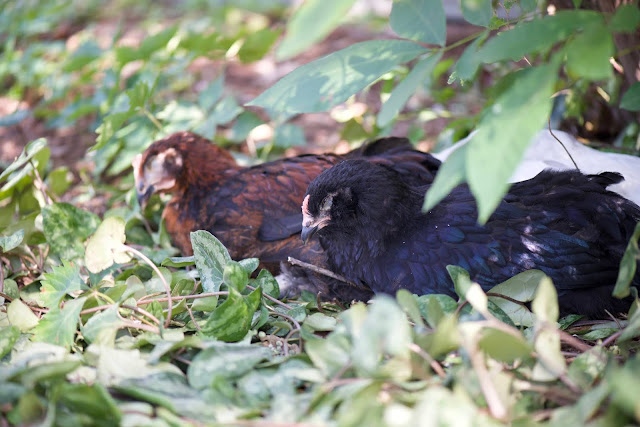 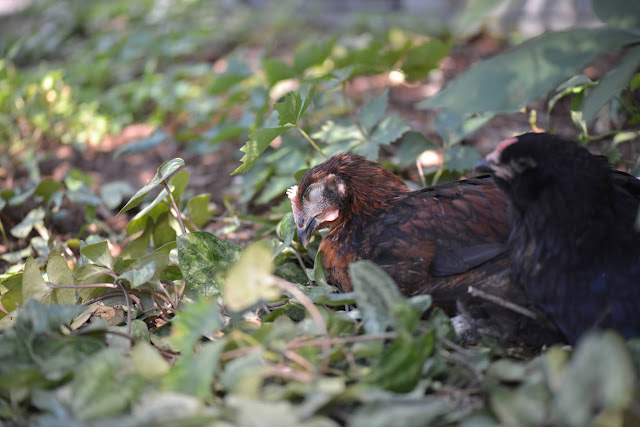 Olaf by the fly catcher, the fly struggle is REAL!!! 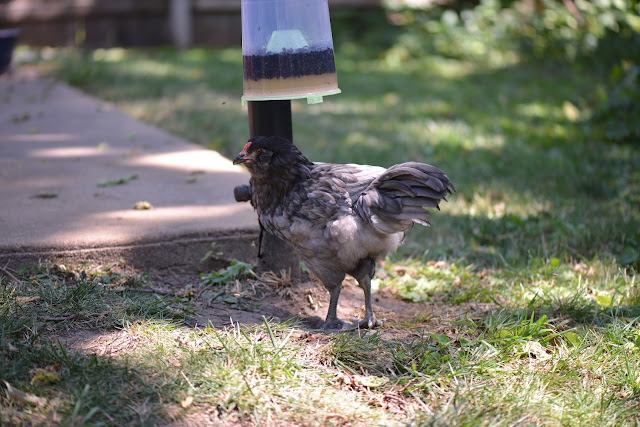 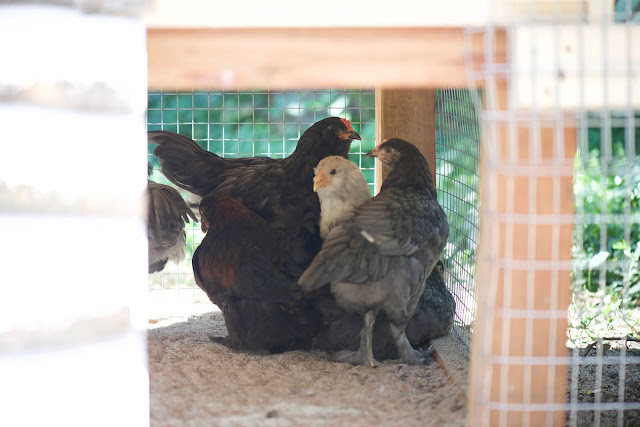 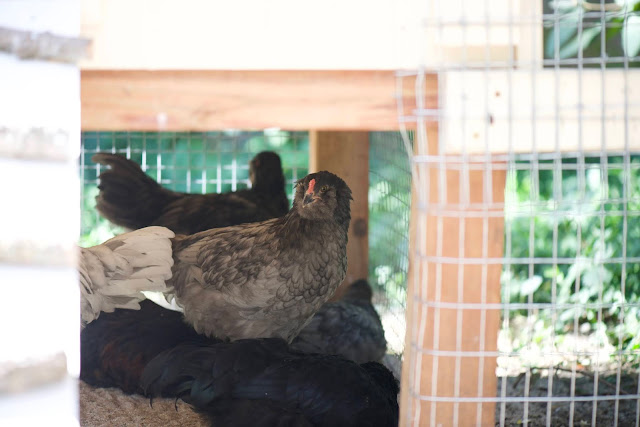 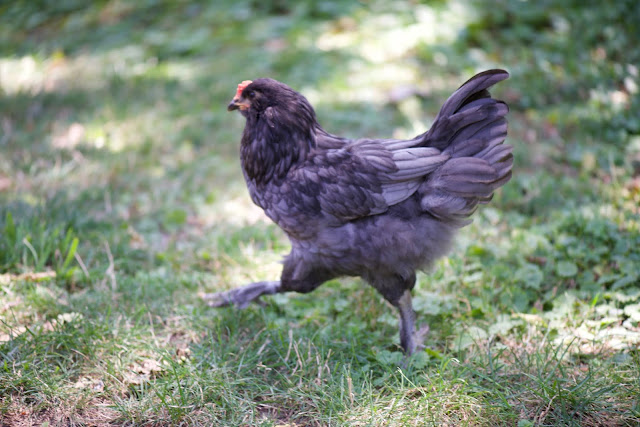 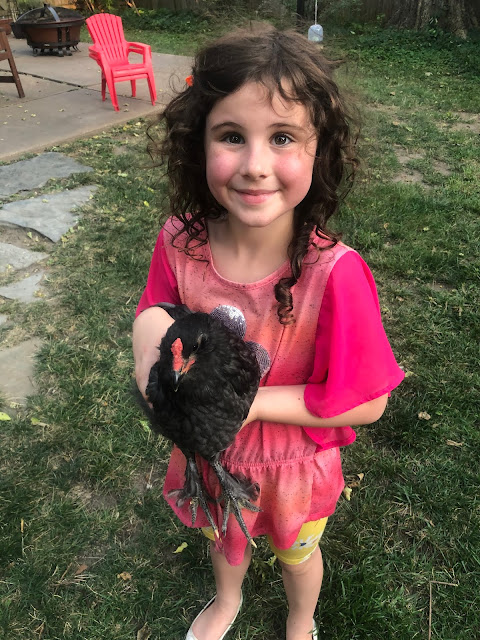 Here are some pictures of Bob today: 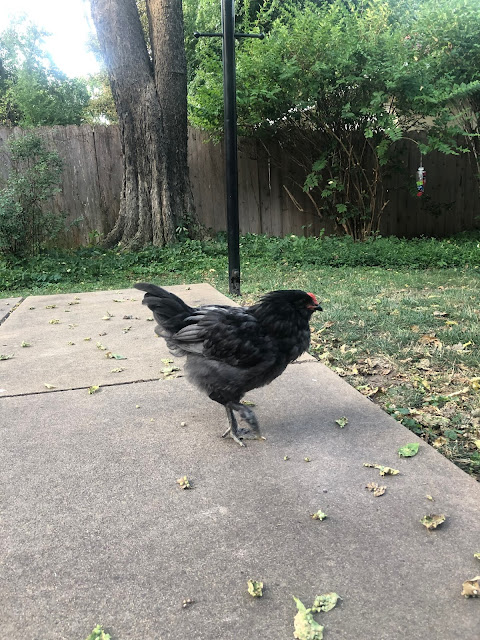 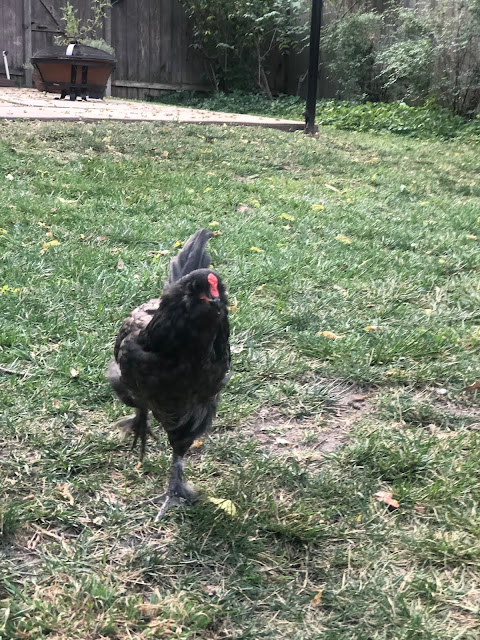 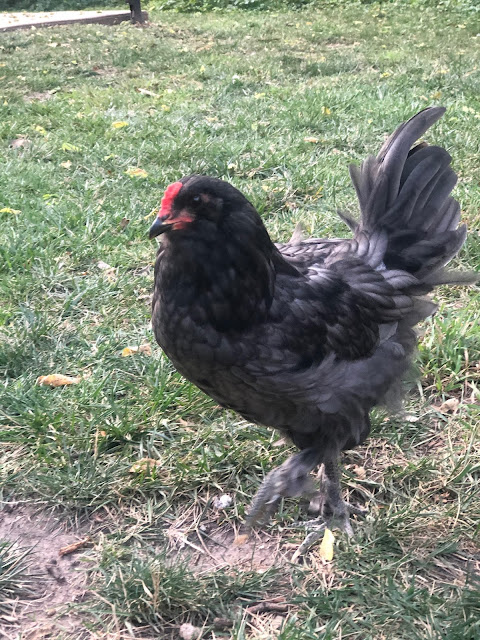 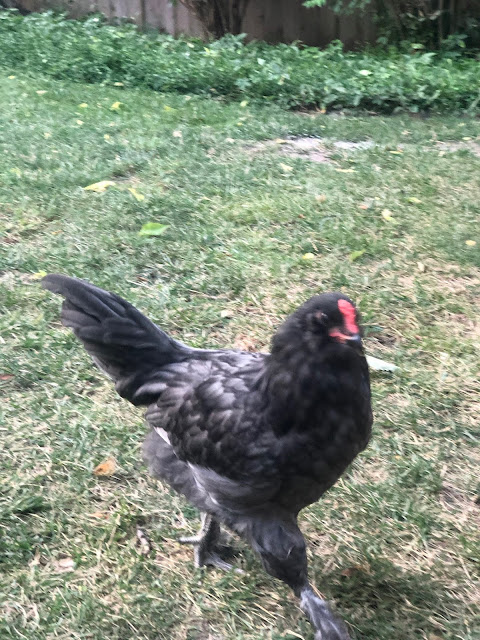 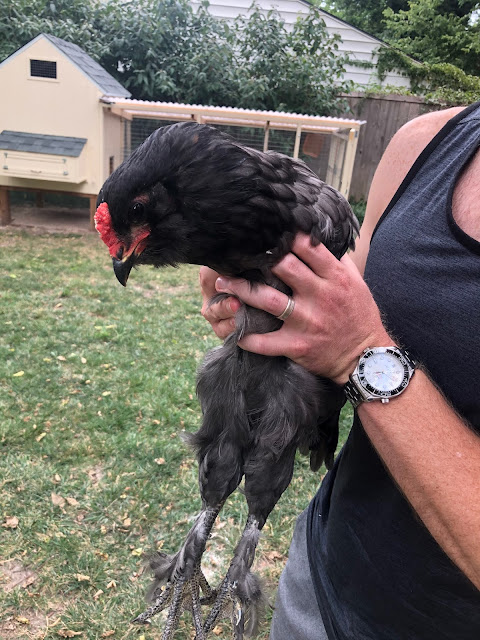 Preparing Bob for his ride tomorrow, he's not a fan of being in the box. 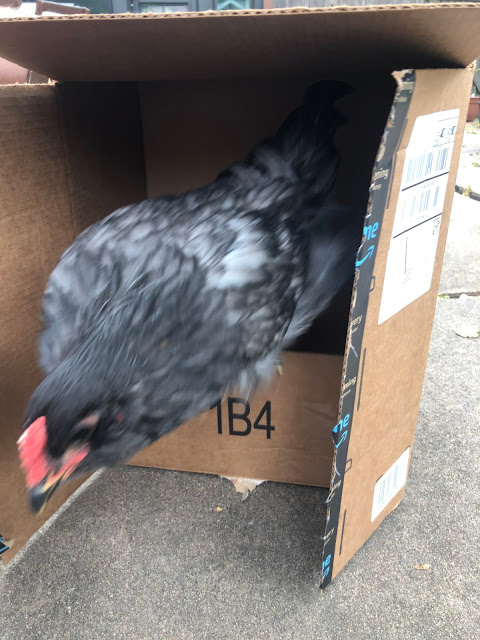 Thomas and I poking holes in the box (don't worry Bob is NOT in there, lol). 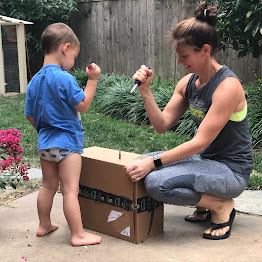 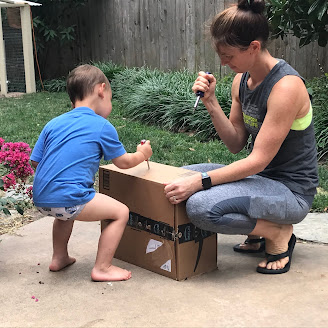