Last weekend we went up north about three hours to attend our annual Church Vacation. Last year was the first year we went and the kids loved it. They had been talking about it all year asking when we would go again. This year we stayed in the backwoods cabins. It was a little bit of a walk from everything but it was actually amazing. We loved being forced to be outside a little longer and soak in the smells and feels of fall. It was a chilly weekend around 35 degrees. Made us SOOO thankful that we got our outdoor camping trip in last weekend and wasn't out in this weather. It was a little wet from rain earlier in the week but it didn't rain on us while we were there. 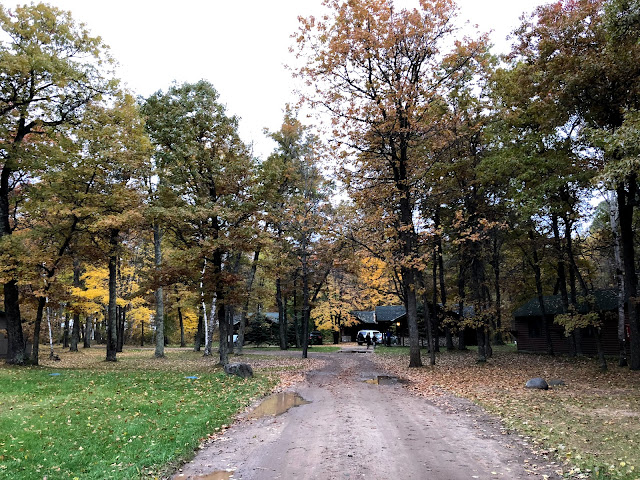 We spent some time in the gym running around. Thomas loves balls and being on the go. 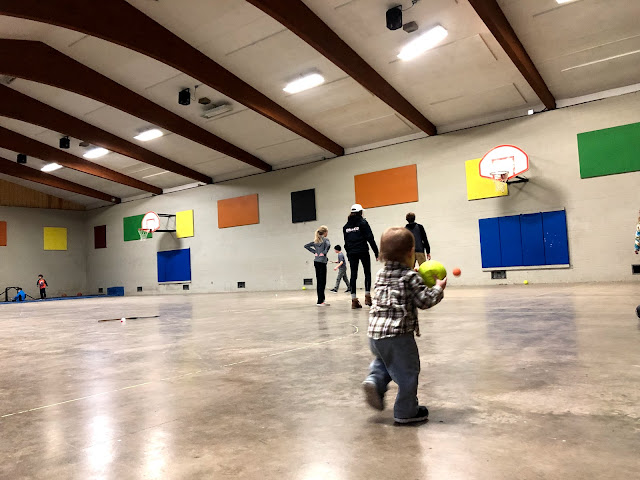 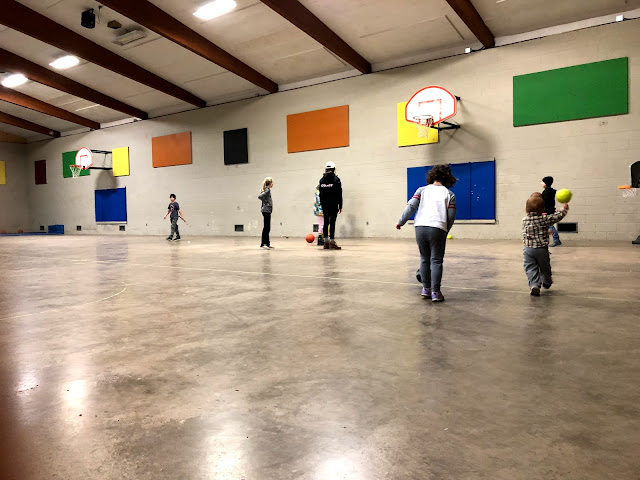 Lots of time by the campfire and Isaac was a huge fan of four square, which he is doing in the background of this photo. 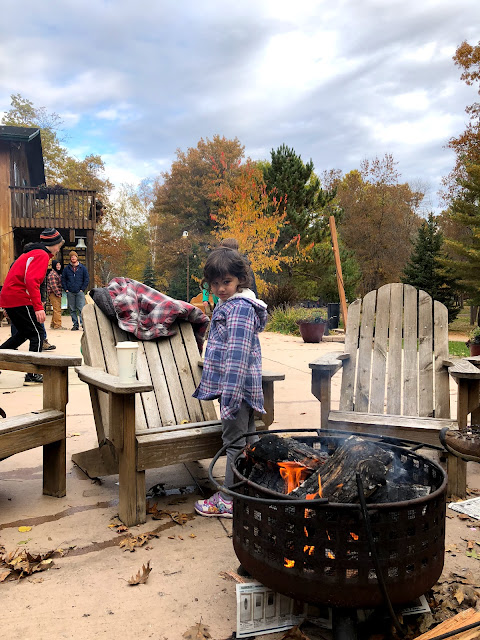 We arrived late Friday evening so it was already dark. This was Saturday, just hanging out. 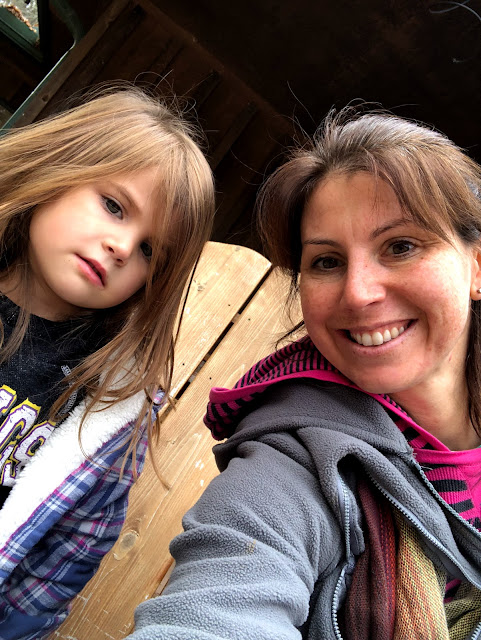 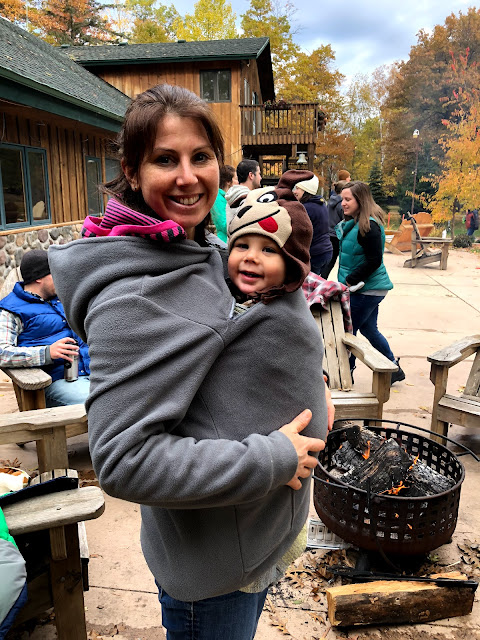 We had an all camp game, Isaac and I participated and it was pretty fun. We each had a piece of the pumpkin in our 'kingdom' and our teams had to try and steal the other pieces to make the whole pumpkin in our own circle. The kingdoms were spread out pretty good so there was lots of running. 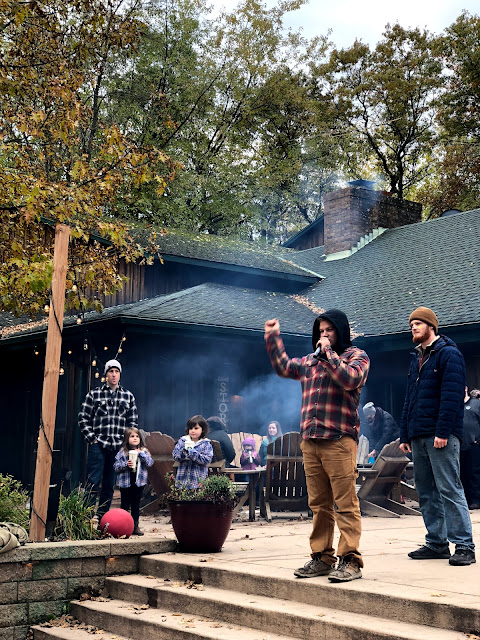 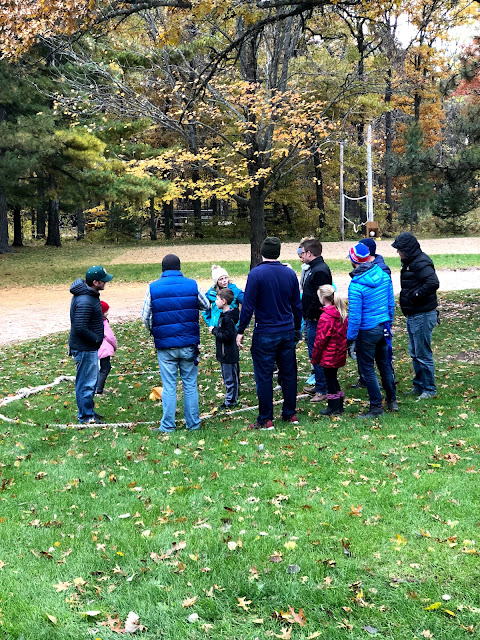 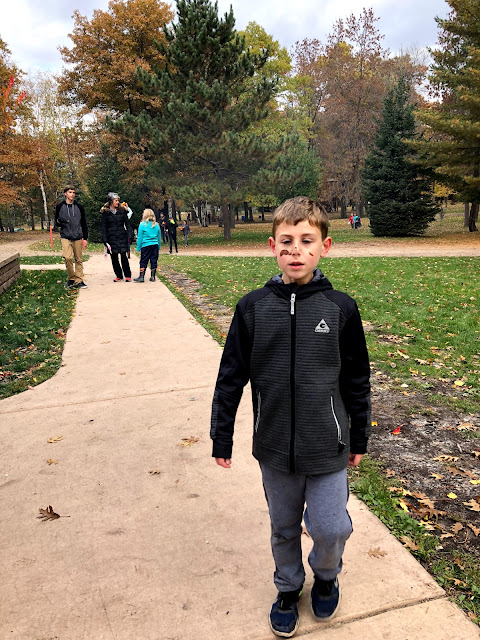 And of course we spent some time in the fireside room playing games, eating snacks, and doing puzzles. 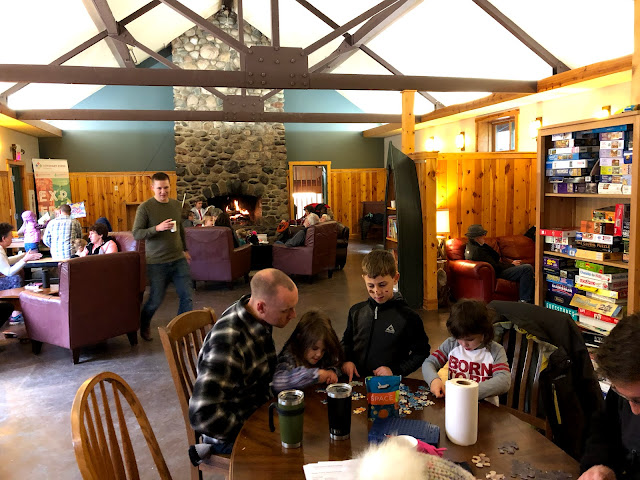 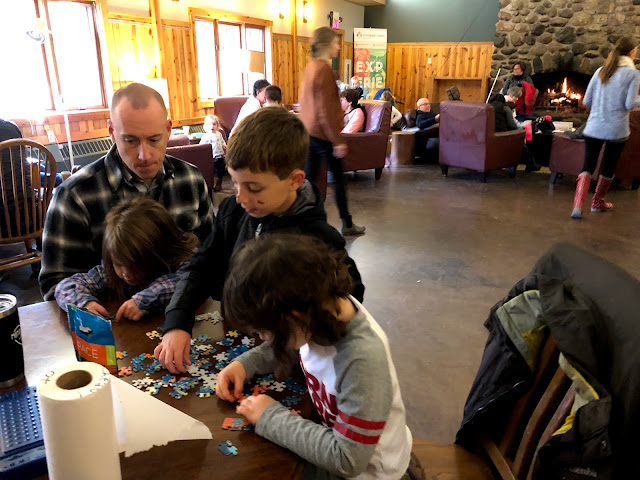 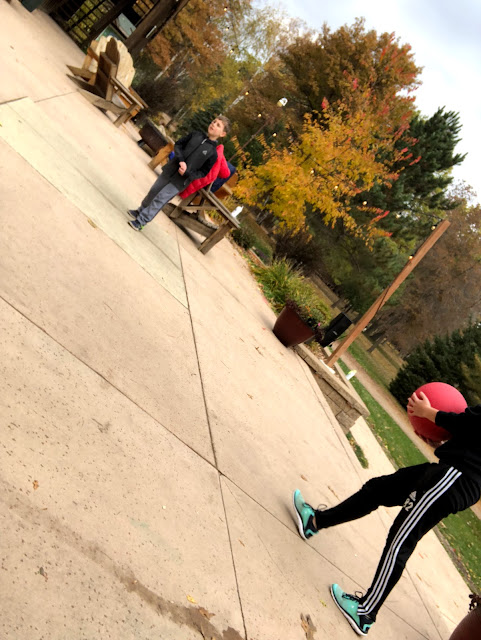 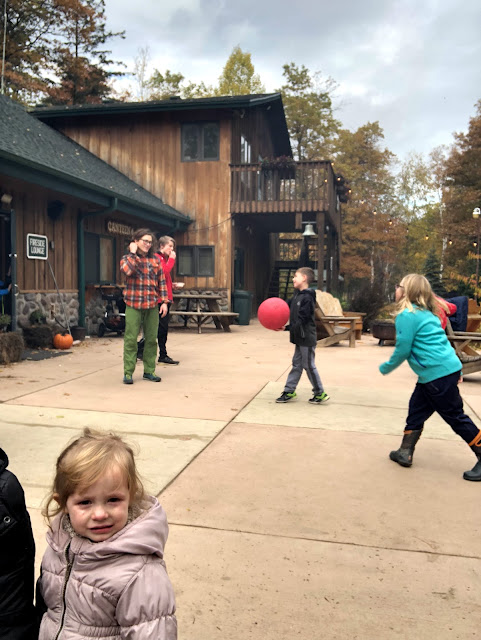 This was our cabin. Had 6 bunk beds and a bathroom in it. It was just our family, so each of the kids got to be on a top bunk. Thomas was in his pack'n'play and Kyle and I had a queen bed on the bottom of a bunk bed. 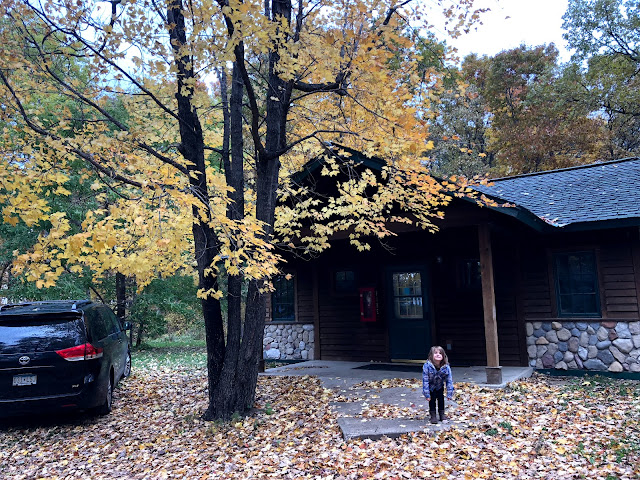 After naps we went over to the ropes area. It was COOOOLLLDDD and windy over here being by the water. We were by a little campfire but didn't last long. It was so cold. 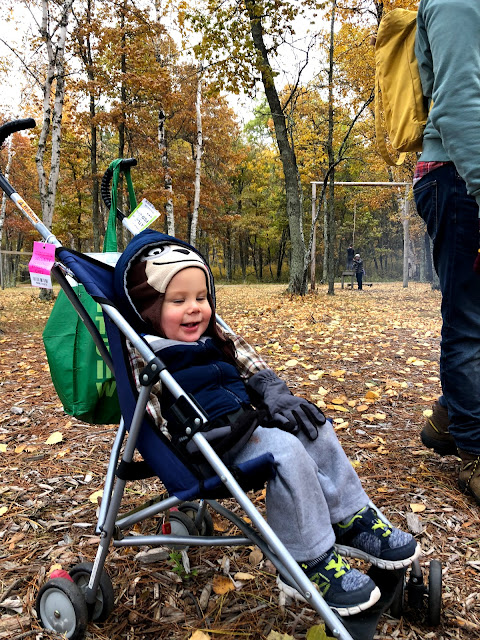 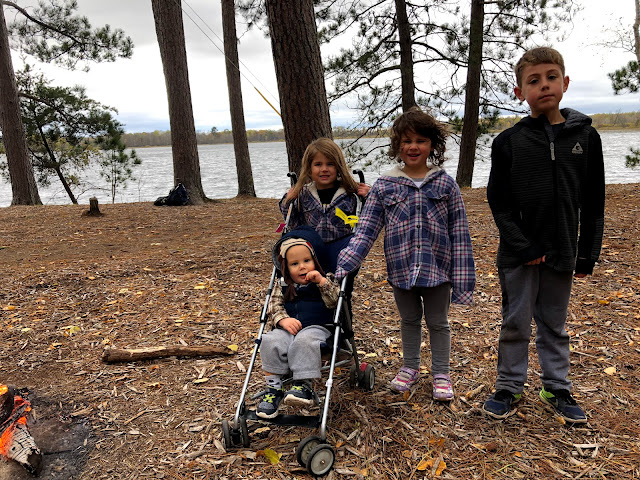 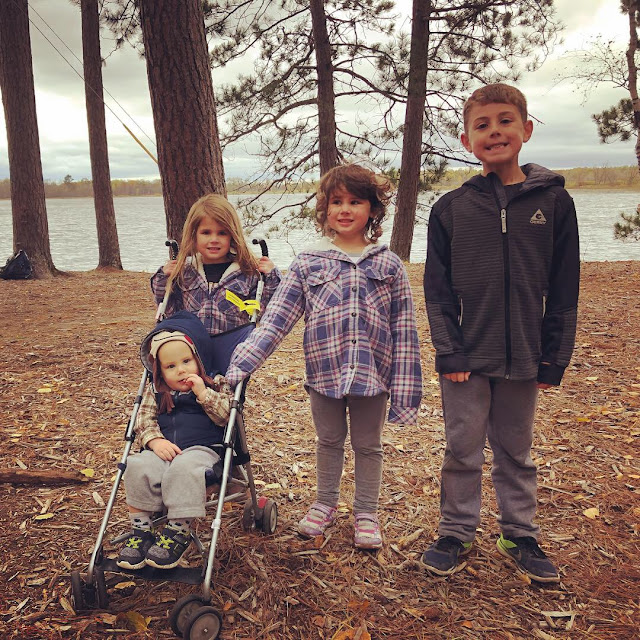 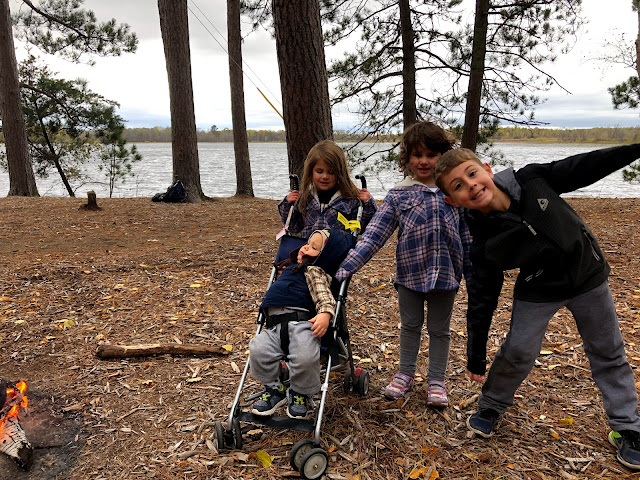 Dinner time in the dining hall. Thomas loved getting some running in. 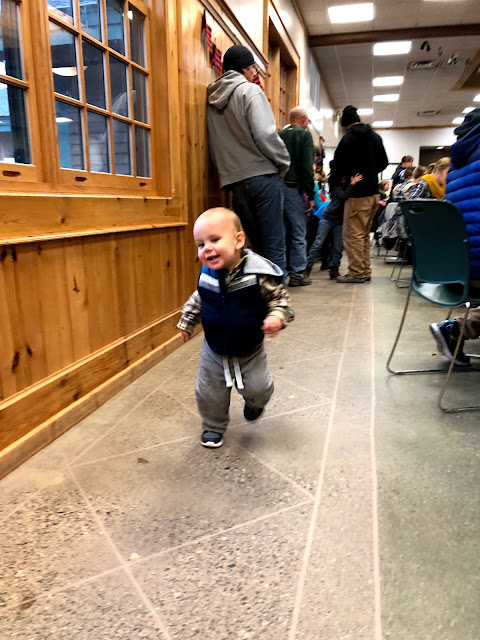 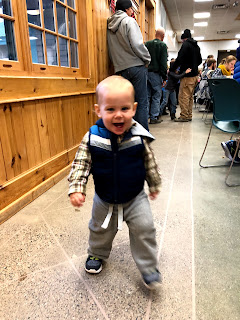 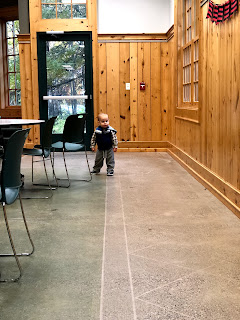 And bedtime. I'm rocking Thomas here. The girls were utterly exhausted so after dinner we went straight back to the cabin. Church was at 7, but we missed it. They also did s'mores at 8, Isaac and Kyle got to make s'mores but we were all snoozing by 8, myself included. I did not sleep well the first night, I woke up to attend the early morning holy yoga and couldn't get my watch alarm to sync so kept waking up through the night in fear of oversleeping and missing yoga. The second night I slept great! 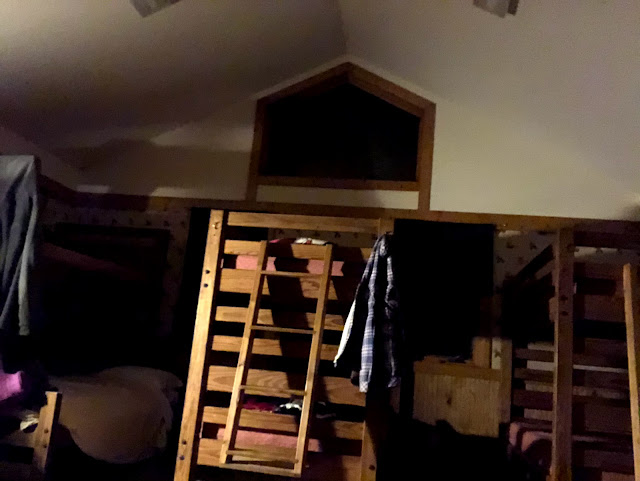 Sunday we woke up, went to breakfast and then packed up camp. The kids played around a little bit then we loaded up and headed back south. We missed the snow, but heard Sunday morning was some beautiful winter wonderland snow. The ground was covered when we got back into town.

We got home and made our own fire and had a lazy afternoon. Thomas loves sitting in his reading chair looking at books. I think he's going to have a love for books like Isaac does. 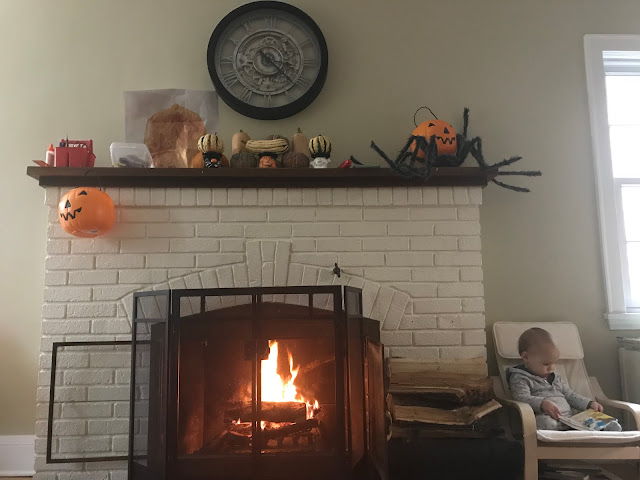