Wow way behind on posting activities...
June and second week of July the girls took part in a little rookies program to explore three sports: Soccer, Tball, and Basketball. They had fun and was great to explore these programs in a way that didn't involve signing up for a whole session of one with the chance of them not liking it. I think they enjoyed it but wouldn't say there was a huge love of one particular. They did say they liked basketball best but I'm not sure if that was just because it was the last one they did.

Here are some photos to highlight those weeks.

Soccer:
Mary had a rough go and did not really want to do it the first day. So she didn't get to play at the park afterwards on the first day. The second day she was all in to earn that park time :-) 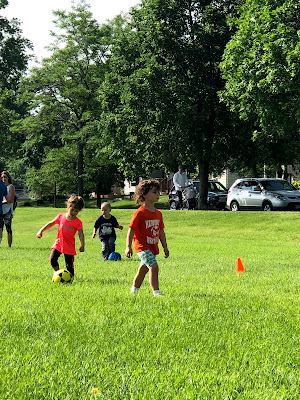 Week two was tball. They practiced catch and running the bases the first day. Second day they actually got to swing bats, lol. I think they might have forgot the gear the first day. 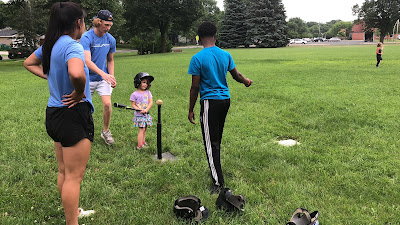 Thomas enjoyed playing with his buddy while the girls did their thing. 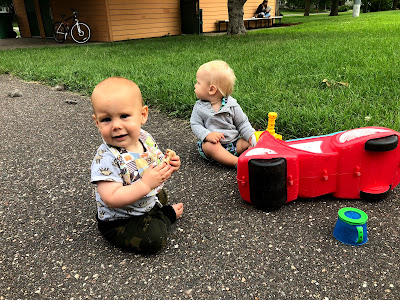 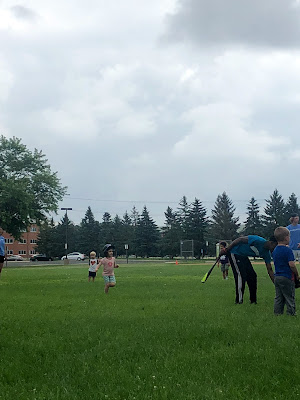 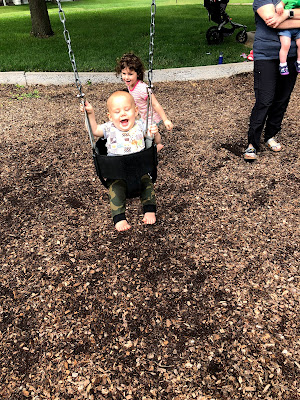 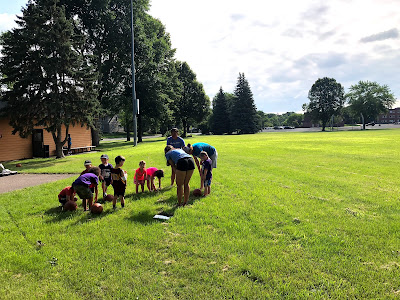 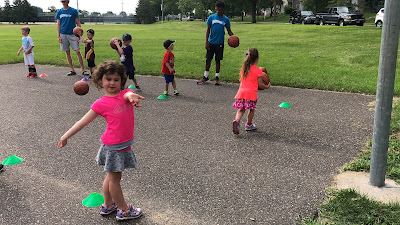 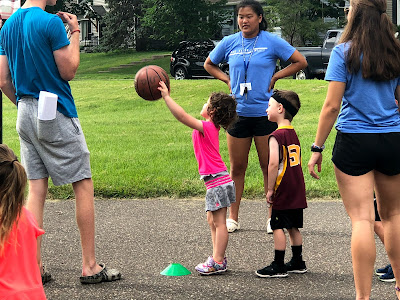 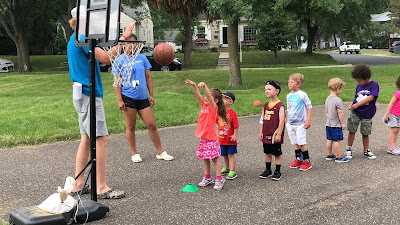 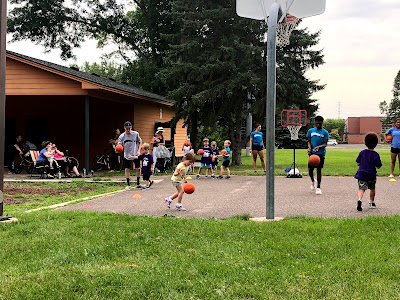 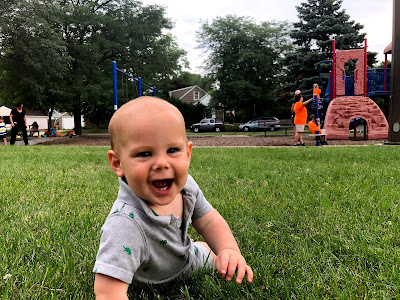 They even got medals on the last day! That was prob their favorite part, lol.
Video: 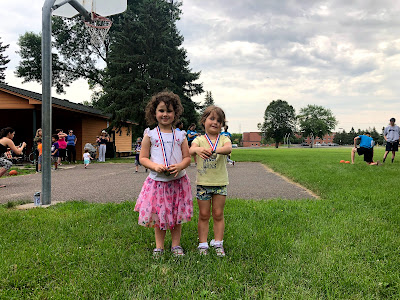 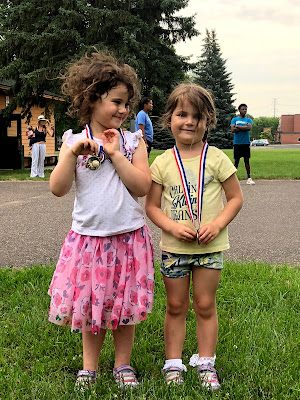 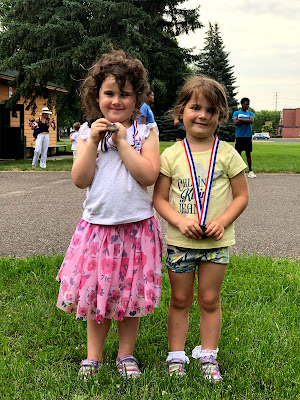