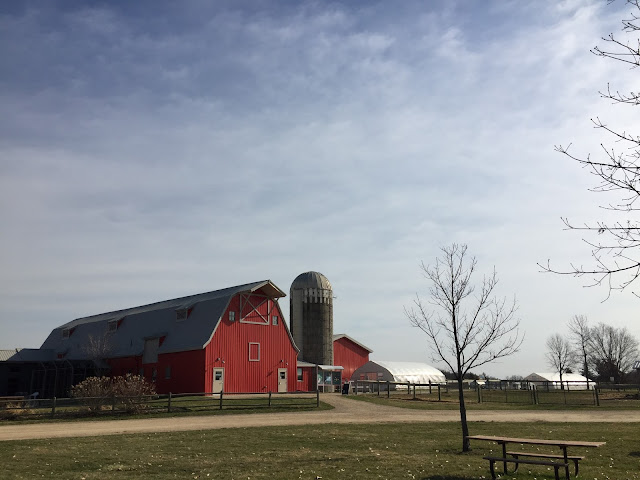 Saturday we had BIG plans to pick up daddy at the airport shortly after noon. We were all super excited and VERY ready for him to come home. He got to the airport at 4am his time in Geneva (roughly 9pm Friday night our time). After hours and hours of lines and waiting and trying to get different flights - short story first flight delayed causing him to miss second flight, ending in not getting home til another day in the evening :-( boo hoo!

So since we weren't going to get him and basically have another two days to kill I connected back with my friend to take her back up on the invitation to join her at Gale Woods Farm which is a ways out of the city and opposite direction from the airport so it wasn't working before, but did in the end.

It's usually impossible to get this crew fed and out of the house to make it to something on time so it was a big push on my part to get it done. Quick breakfast which 2 out of 3 ate, then in the van. 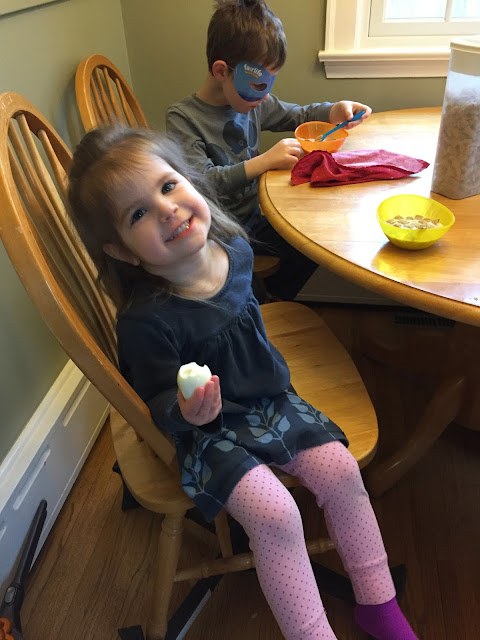 Isaac got this mask yesterday at a Friend's park/house party and has refused to take it off since. 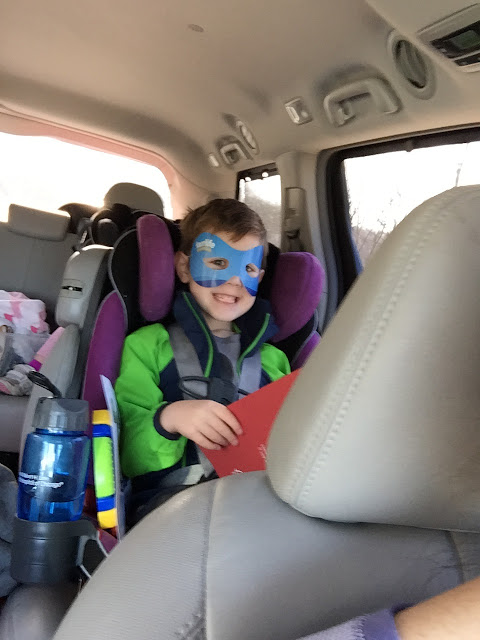 We arrived at the farm, paid our entrance fee and got to see the animals. First up was the cow, who had a freshly born calf just a week ago.

Since we got there right when it opened it wasn't yet crowded and the guy let our guys milk the mama cow, who was quite full. Our friend's kiddos did it and Emma was willing but as she approached the cow she pooped, which frightened Emma way and then none of my guys wanted to get near that end :-D 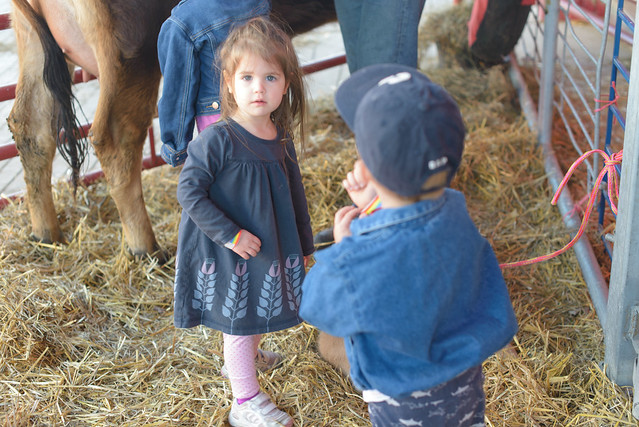 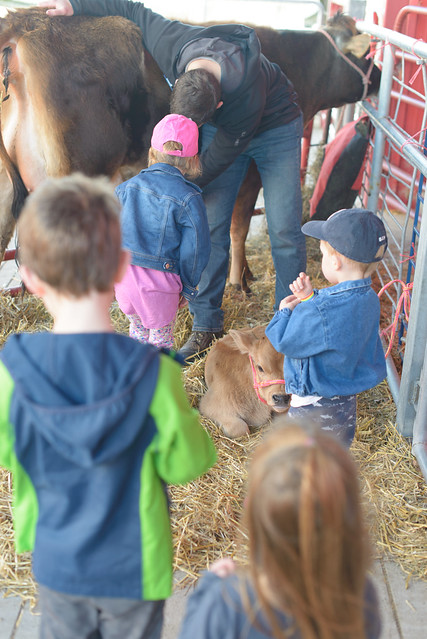 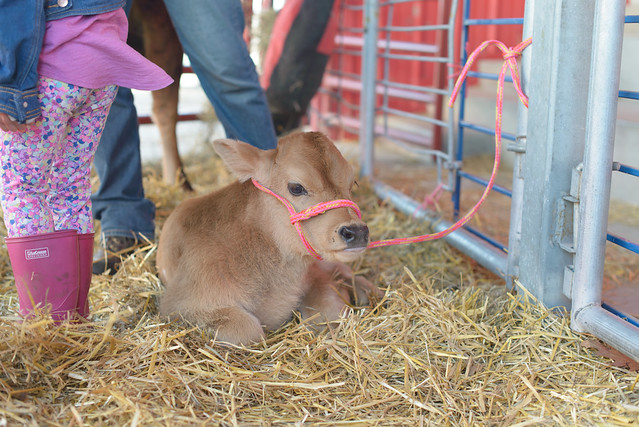 Next we went over to the chicks and chickens. 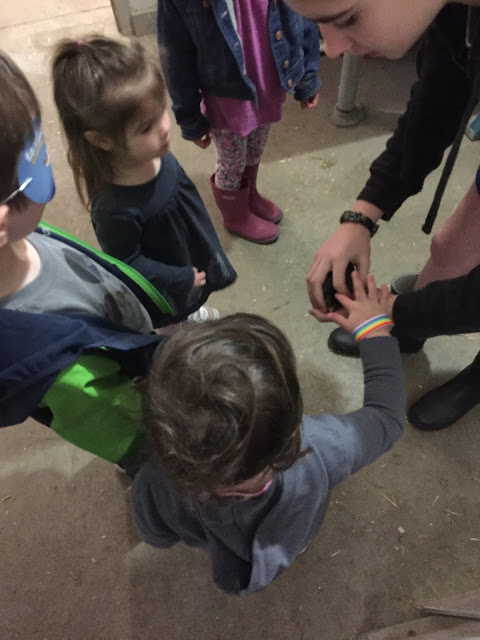 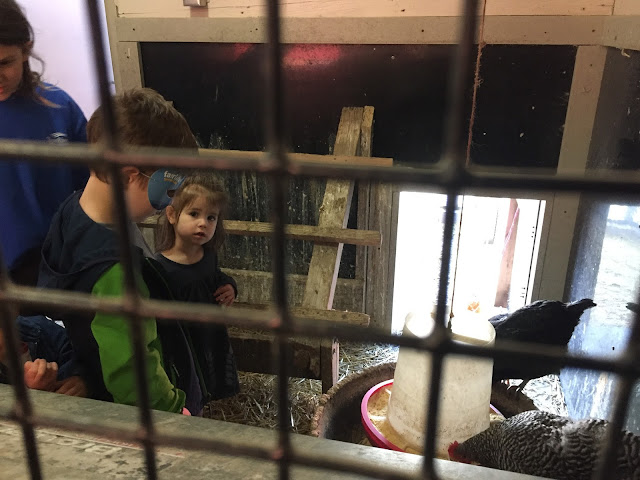 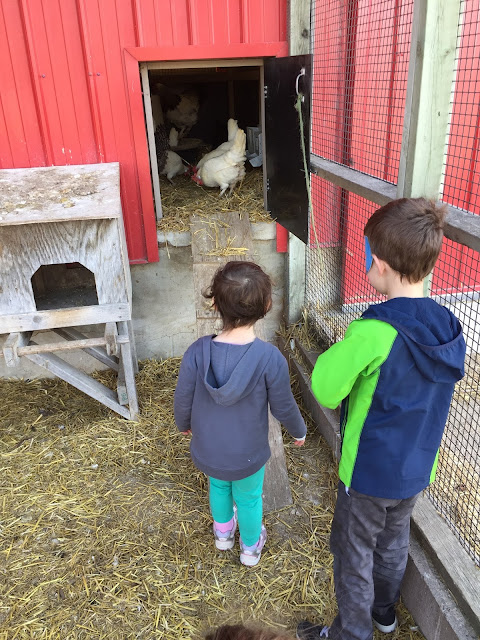 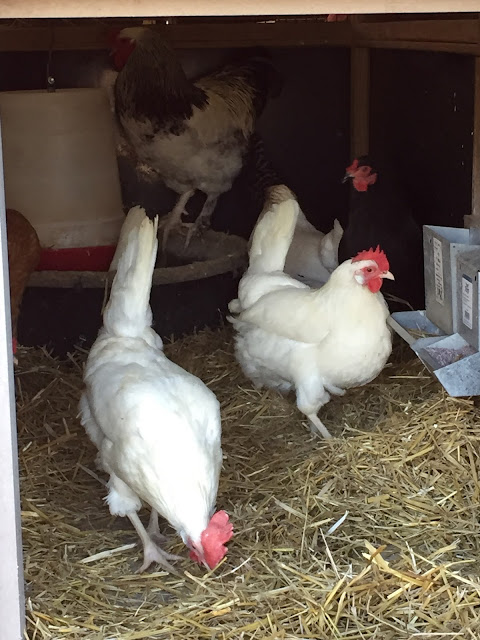 And got to see the baby pigs. They were so CUTE!!! 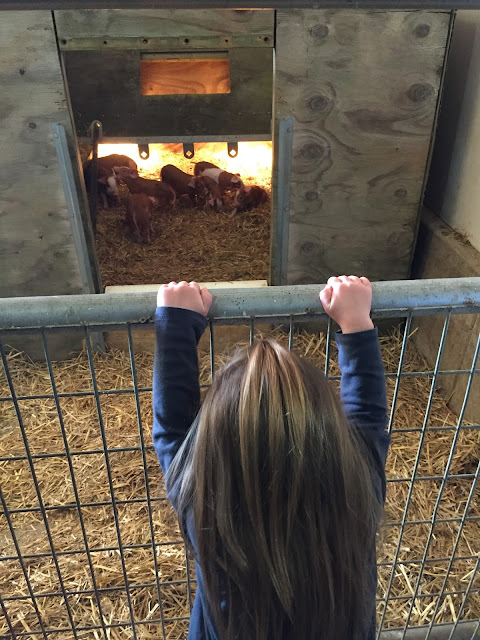 Then the sheep and baby lambs. They were also adorable! 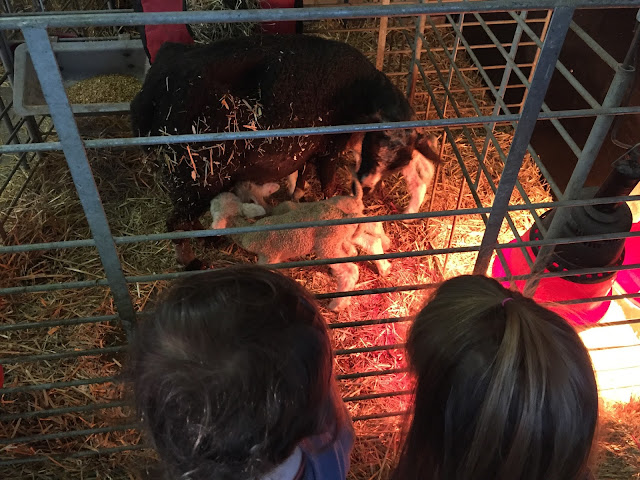 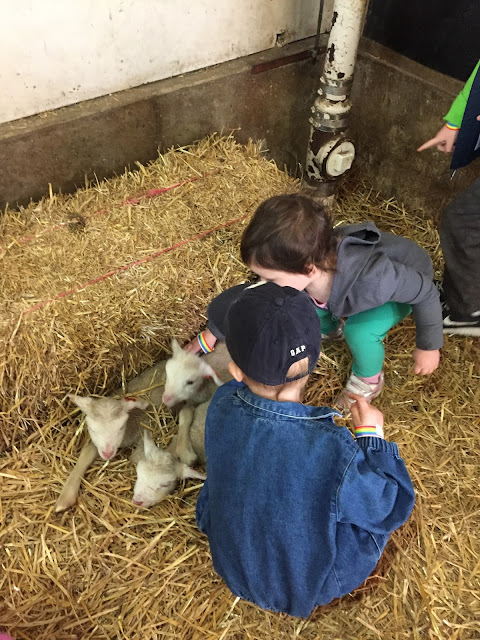 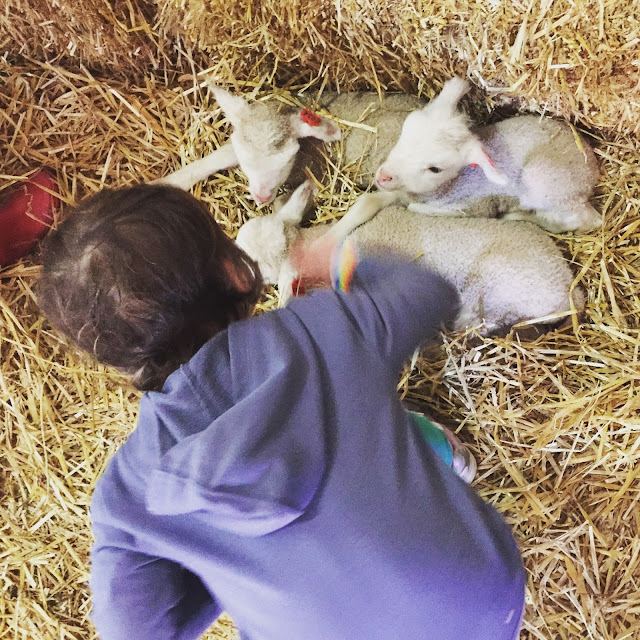 They were able to run around with them outside and pet them and hear them "baaa". Isaac thought it was pretty cool hearing them "baaaa". 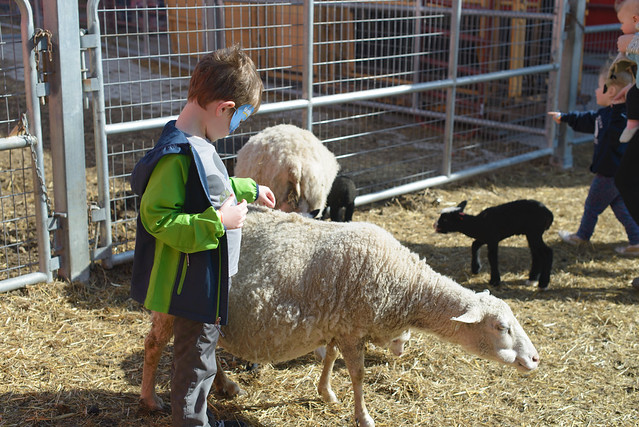 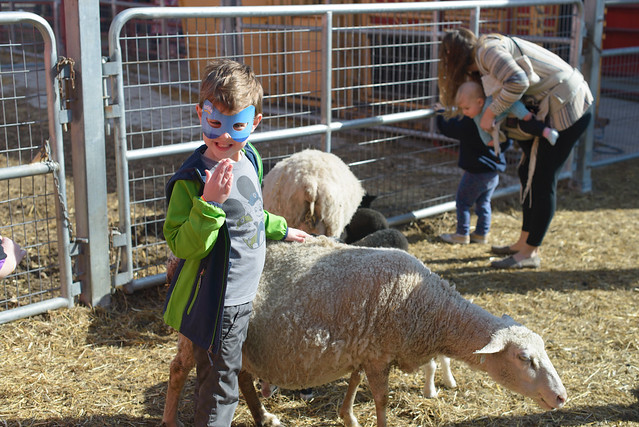 The big mama pig was relaxing in the sun and would oink everytime the kids scratched her back. 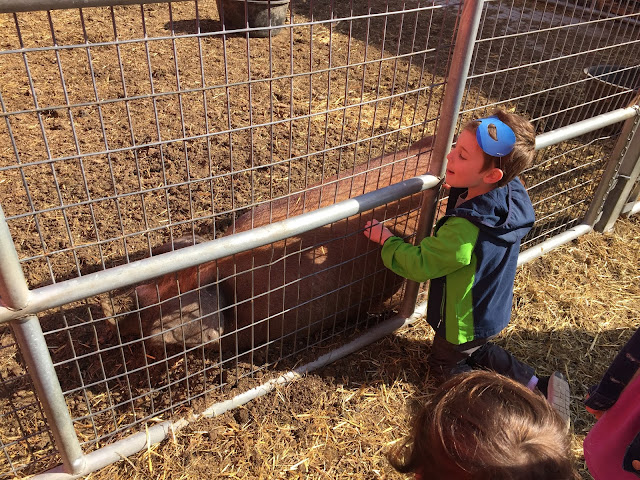 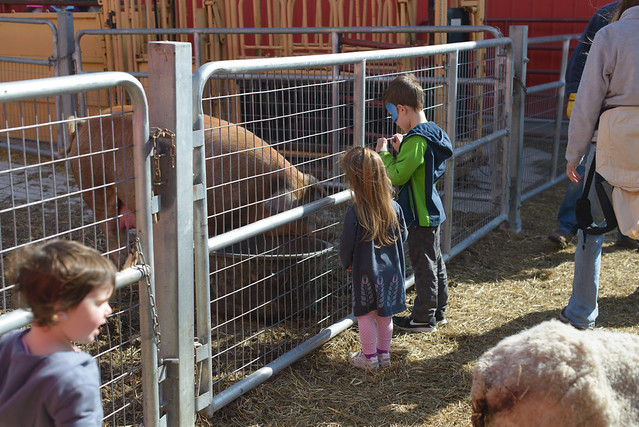 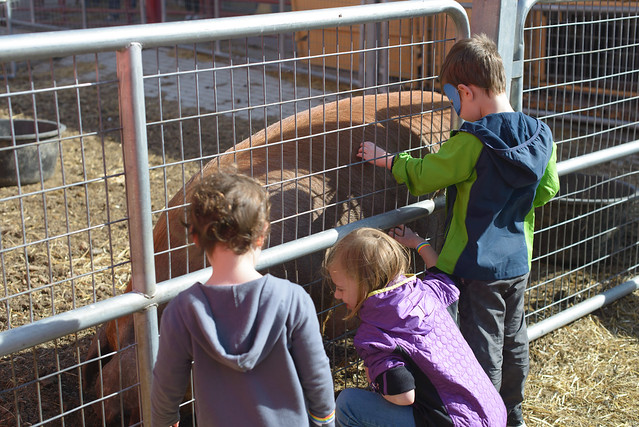 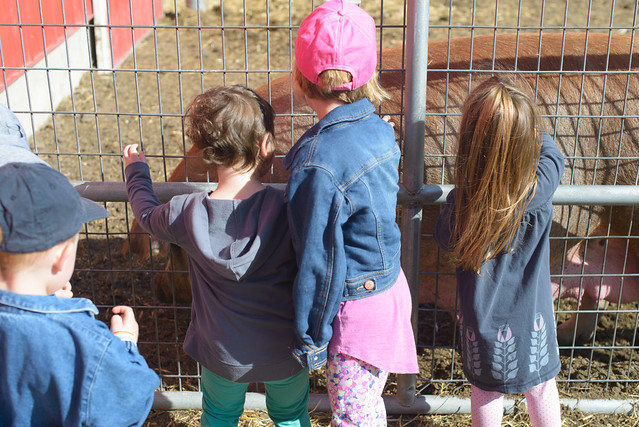 An attempt at a photo to send daddy... 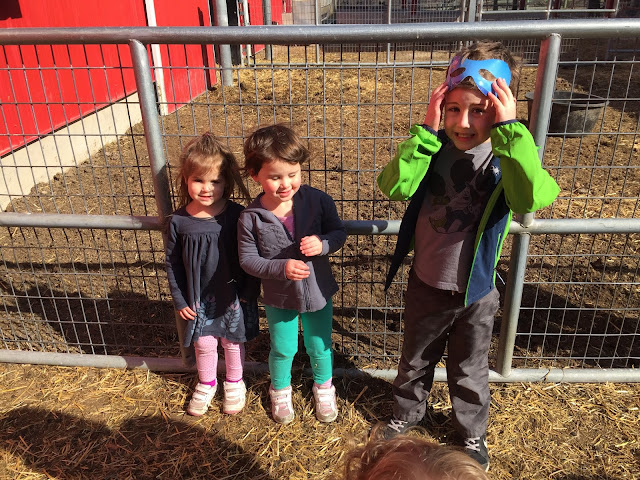 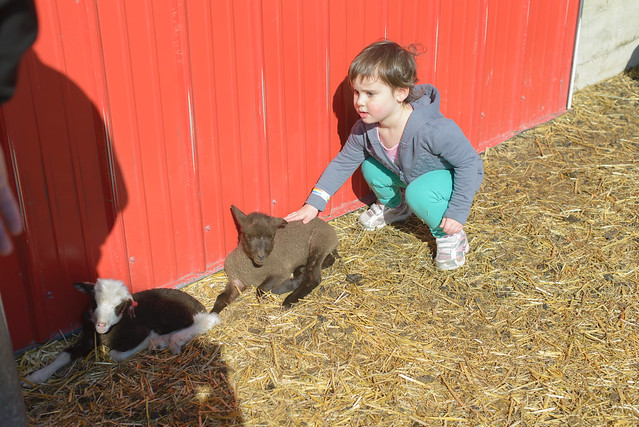 More petting on the way back in through the barn 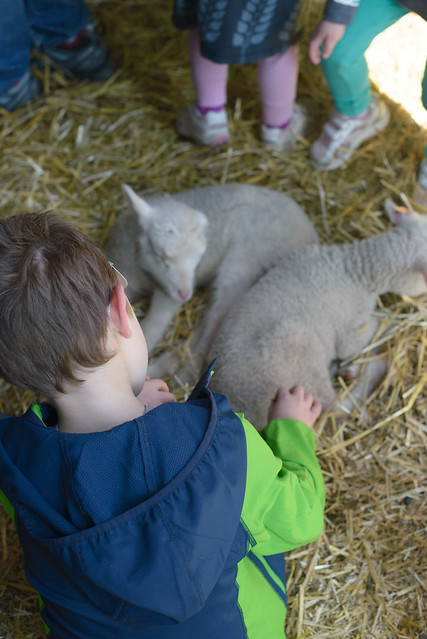 We took a little walk outside to enjoy the day. Going down to see the big cows. 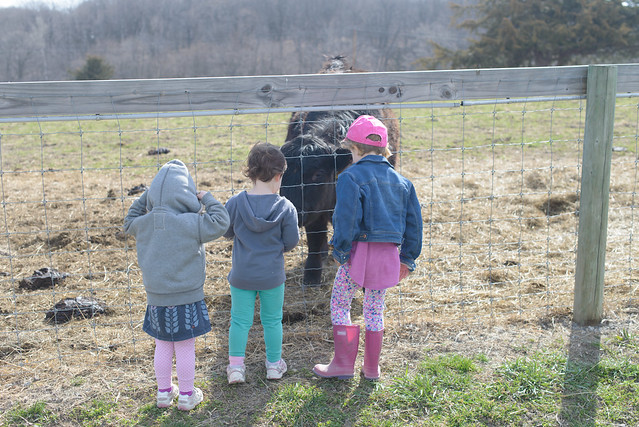 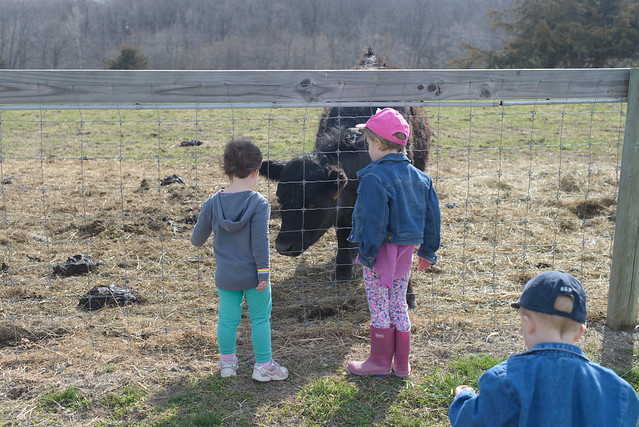 They had those foot scratcher/cleaner things around the farm. The kids were enthralled by them and since they had poop on their shoes we tested them out. At one point Mary was trying to get her foot in the opening and lost her balance. There wasn't anything around her to grab onto and she fell forehead first into the gutter drain lying near the barn. It was an open gutter with the trough style opening. Poor thing got hit pretty hard on her noggin. Thankful it didn't break the skin. Here's her mark an hour or so later. 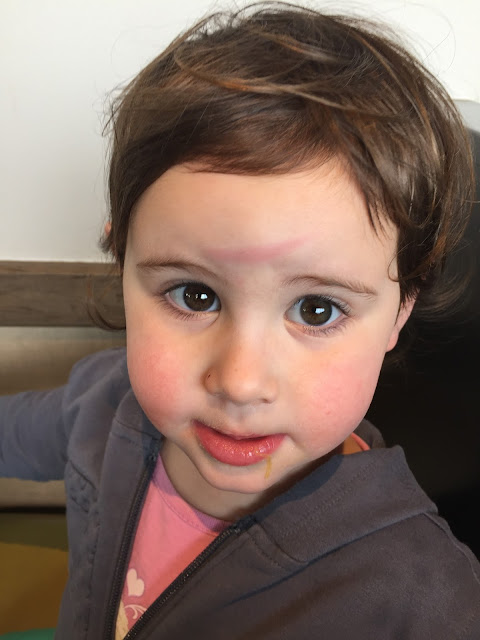 Lunch at noodles cuz this mama is sick of cooking. These two being goofballs as usual. 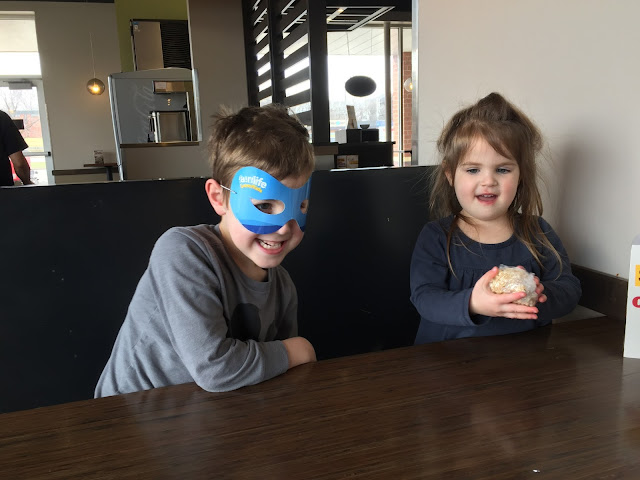 Then a quick park visit before we went home. It's a beautiful day out but since Mary only slept about 5 minutes in the van on the way home I knew nap was going to be a struggle so decided to just get our outside time in and go home and veg out instead of fighting them to nap. 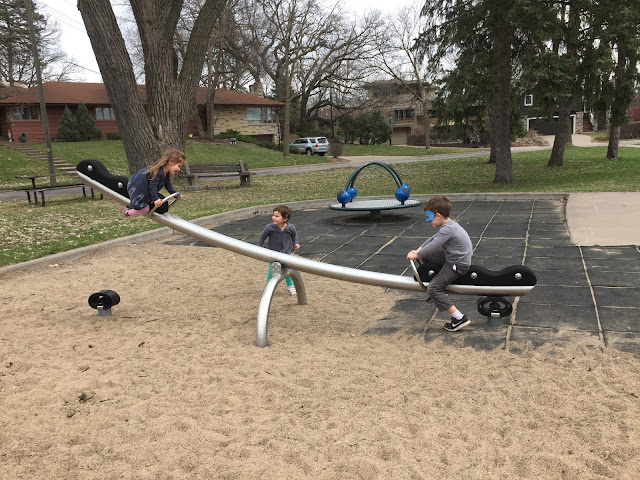 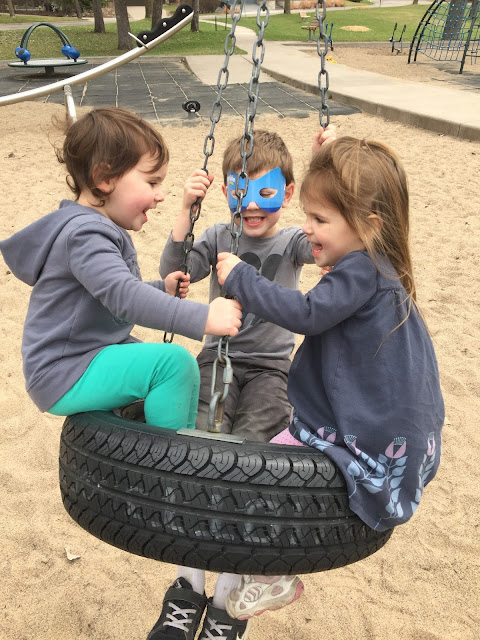 We hit our neighbor's lemonade stand when we got home. They thought that was pretty fun since we read books about lemonade stands. Paying more for the experience than the actual product, sheesh high mark up these days.