Monday, Kyle worked from home part of the morning then he had the rest off so we were able to get out of the house. Cabin fever is starting to set in and everyone is getting store crazy.
They changed the exhibit at the mall's satellite children's museum; it is now dinosaurs. We had to check it out after a quick lunch. Kyle and I can't really eat out on our clean eating challenge so we packed some hard boiled eggs (protein), our own dressing, and picked up a clean salad at one of the restaurants. Ever heard of freshii? We hadn't but we were able to get a big salad and the girls got a brown rice bowl. Isaac insisted on a hot dog so he got that from another spot.
After lunch we made our way into the 'museum'. They still had the ball exhibit in the back, which the kids spent 75% of their time in so it's an obvious hit. I see why they kept it.
Here's Isaac collecting balls under the tornado bowl: 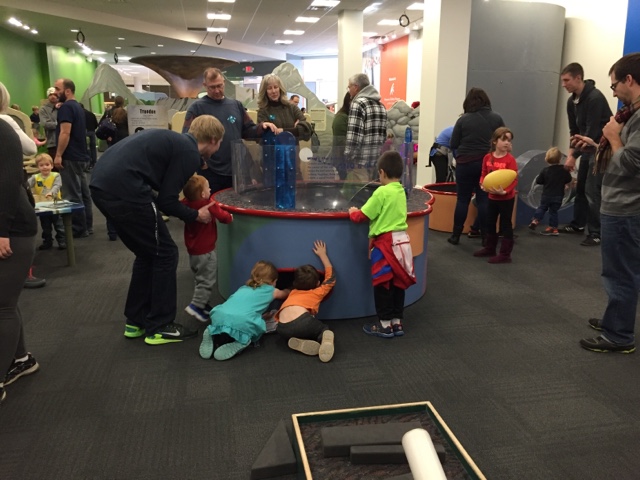 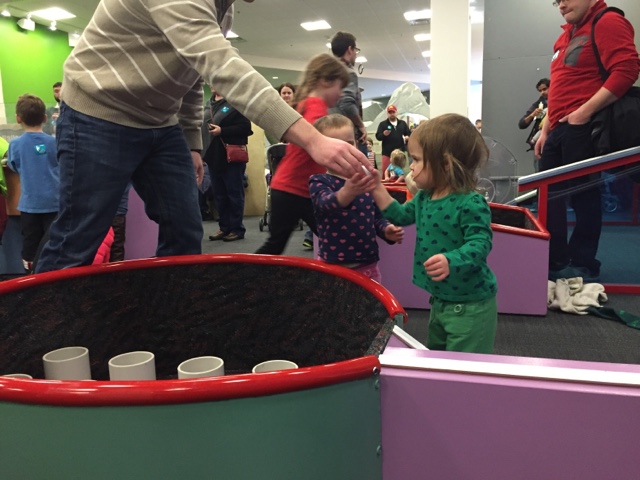 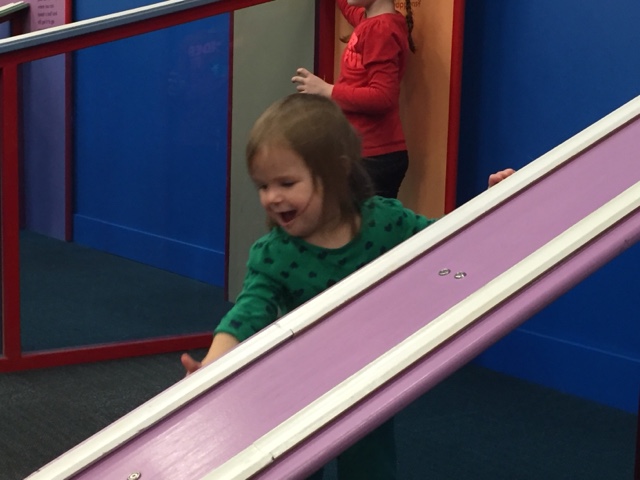 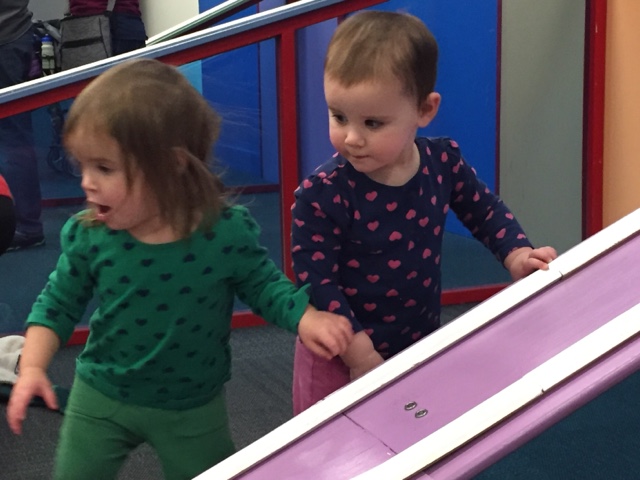 Wish some encouragement we were able to get the kids to explore the Dino area. Emma became immediately attached to the eggs. 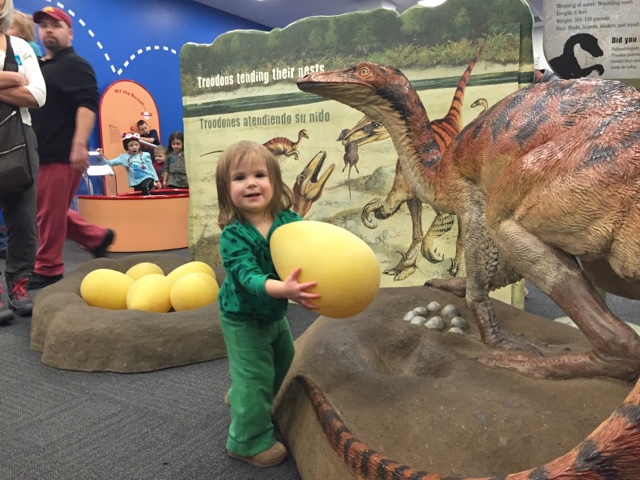 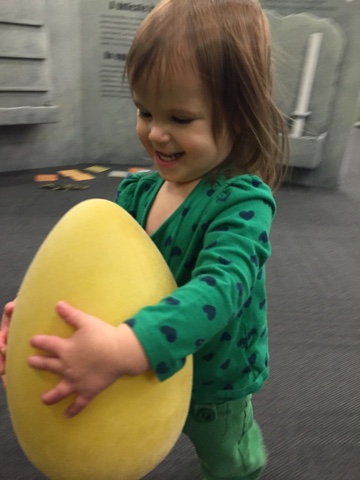 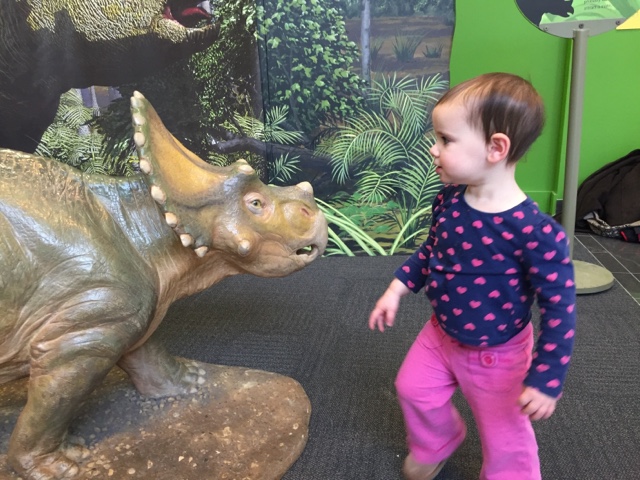 She favored the slide 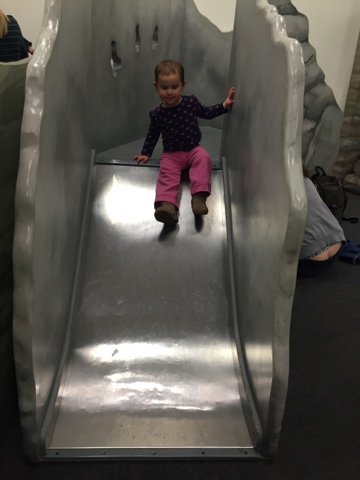 There was a sensory area for fossil digging. It was cut up tires. 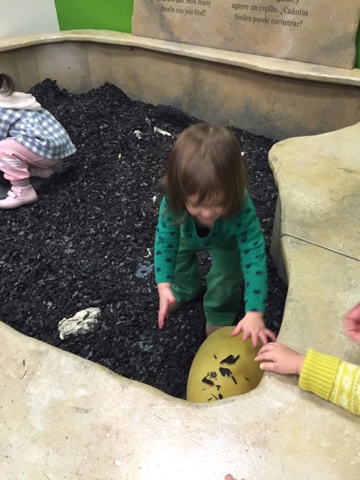 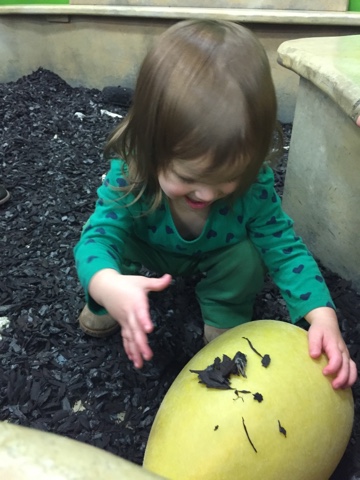 Back to the ball section for more fun. Isaac really liked this which he called 'tic tac toe' 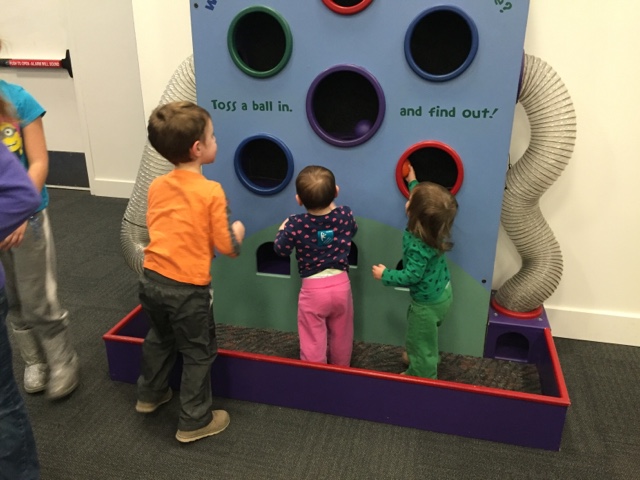 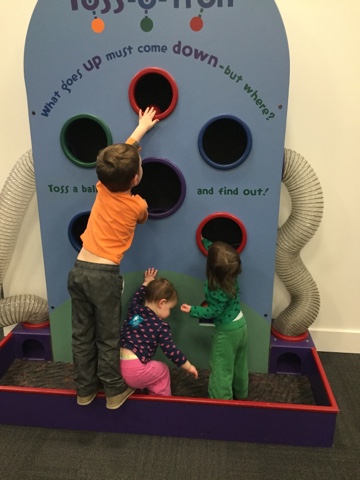 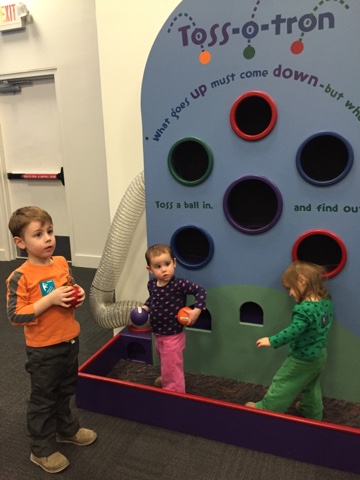 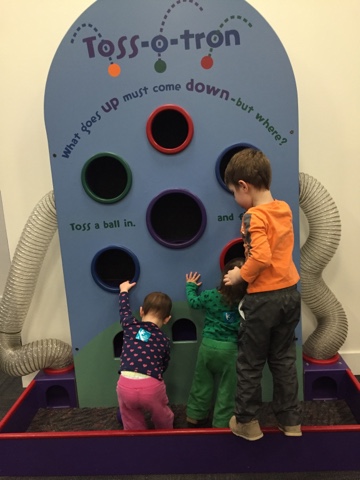 Starting to be obvious nap time was nearing: 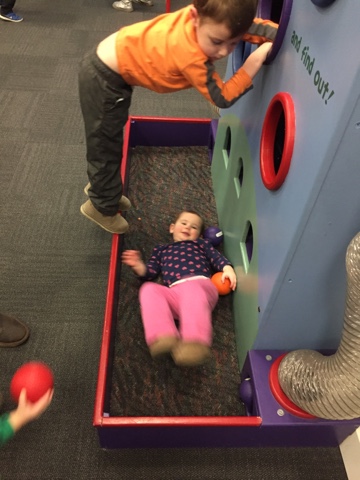 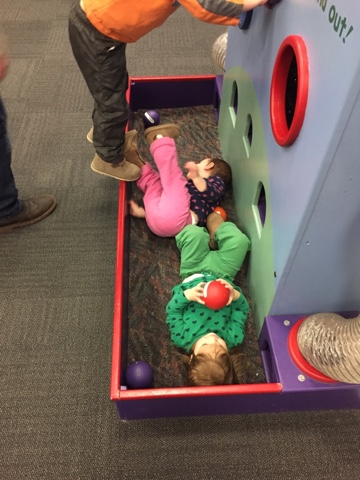 Quick photo on our way out. The triceratops is Isaac's favorite dinosaur. 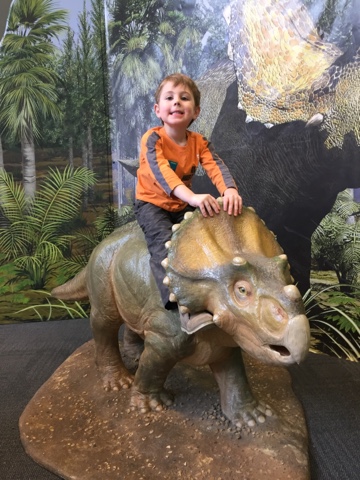 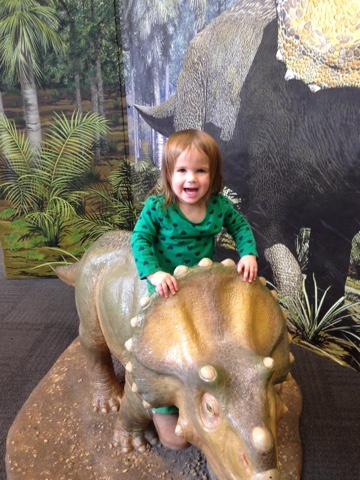 On our way out of the mall we stopped in Barnes and Nobel to pick up Isaac's first chapter book. At his preschool screening she recommended starting on chapter books. I think he's excited but still likes his picture books. We've been reading a chapter or two a day. 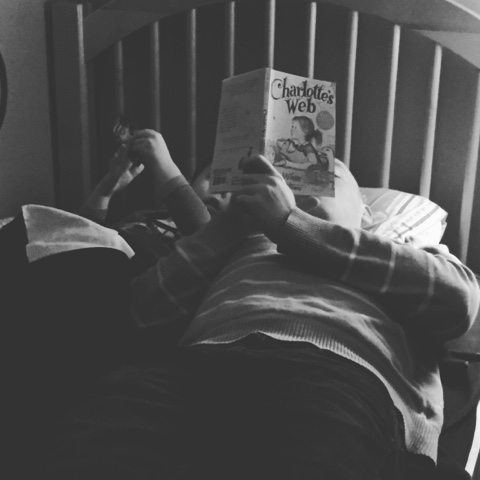 Email ThisBlogThis!Share to TwitterShare to FacebookShare to Pinterest
Tags: kids

Fun trip, we will have to check out the dinos.