Thursday was Isaac's last night of soccer. We were kinda ready for it to be done, I think it was hard with it being at 5:15 and on the night of a preschool day. He would be pretty tired by mid-soccer and hard of listening. And he wasn't thrilled about the last three practices being inside - due to the time change and it being dark out. Next year hopefully it works out with our schedule to sign him up earlier in the season (we were traveling this year so had to do Oct/Nov) or maybe even a Saturday morning one.

We showed up on time, Kyle had a late meeting so had to meet us there. He wasn't sure if he was going to be able to make it in time for the start so I 'starved' the girls (withholding snack), because I knew I'd need them to be occupied when we got there. I put them in the stroller with snack and they were so happy! Luckily Kyle wasn't late, so I didn't need to jump in but it was still nice to have the girls busy so I could watch Isaac. We were the only ones there at the start, the coach said "I don't think anyone else is coming, we'll start" The one-on-one time was nice. The coach tried to teach Isaac how to kick the ball with the side of his food instead of the front, which Isaac responded with "No, I kick with the front"... we'll have to work on that. 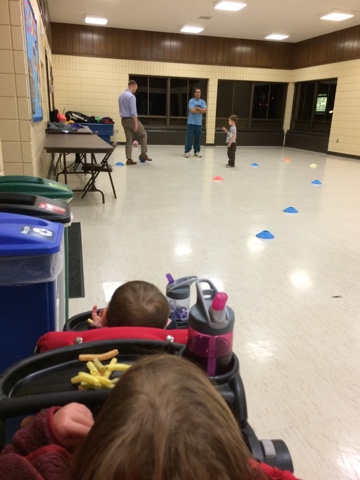 The girls even got to run around and play with some soccer balls for the first little bit. Which was perfect because by the time the other kids did show up (ten minutes late) they were tired and ready to eat more snack in the stroller. Emma was really good at kicking the ball and running after it like she saw her big brother doing. 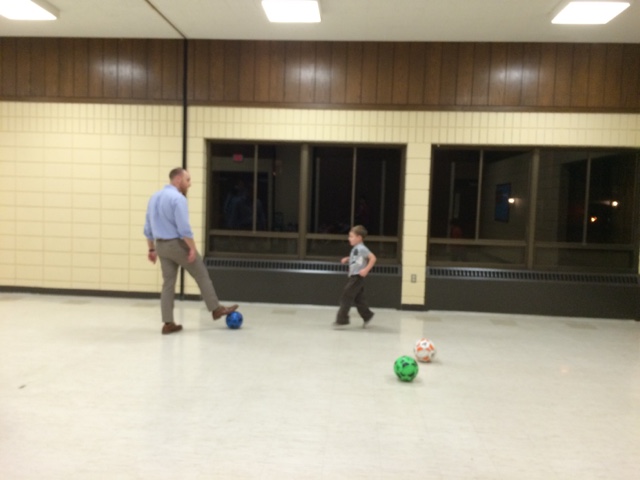 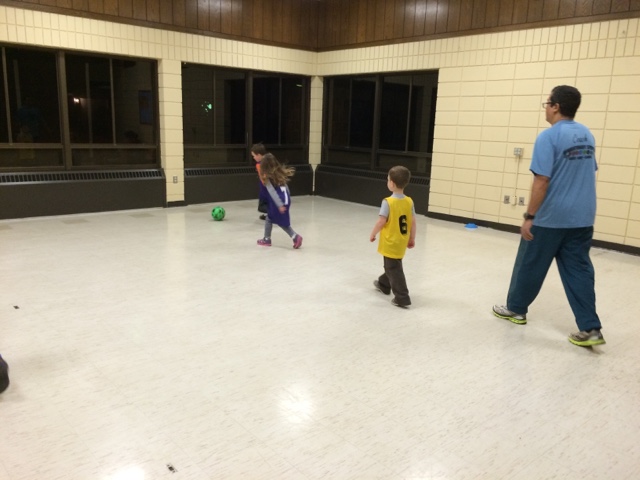 Here's a video of him playing a game.


He did so good with hustling and 'jogging' which he learned in these past 6 weeks. Overall it was a great experience and got him out and active, which is the goal. Speaking of goal he kicked one last week and was super excited about it.

The girls actually really enjoyed watching Isaac play, which made my life easier. It's hard to entertain two 18 month olds in a small space for 45 minutes. 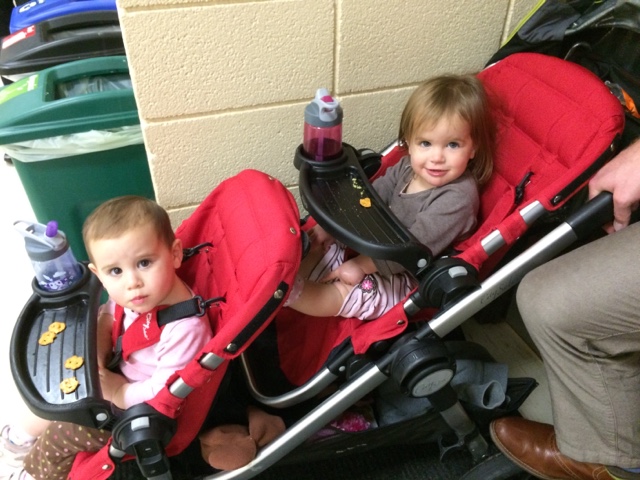