Christmas Eve night we read the night before Christmas by the tree and left cookies and milk for Santa. We left a note telling Santa the milk was in the fridge and Isaac even signed his name! (kinda hard to read and he signed it right from left. I asked him to maybe try it again and go the other way and his response was "but I just signed it right there, look". LOL can't argue with that) 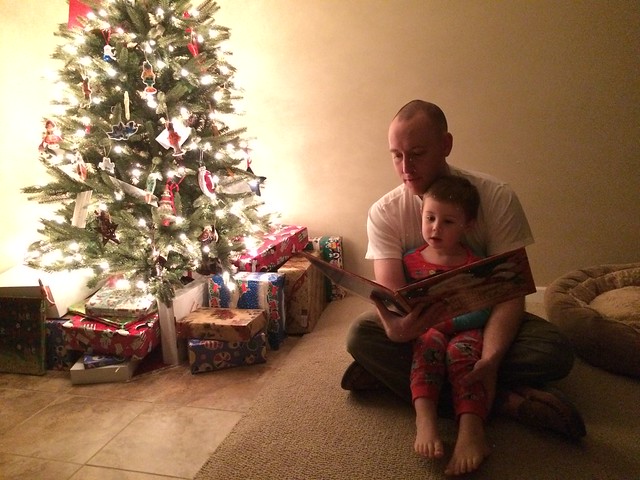 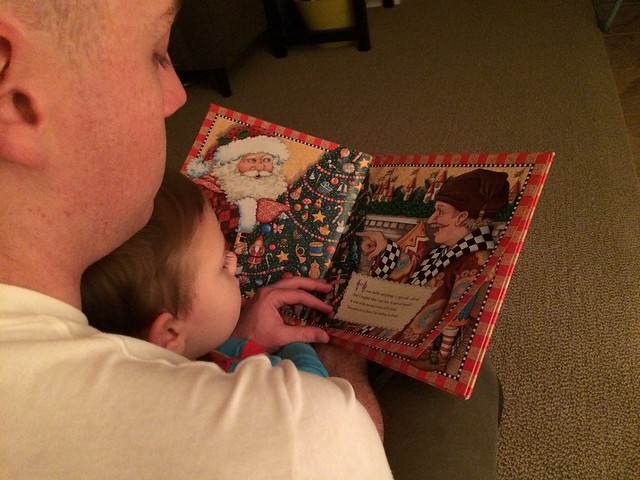 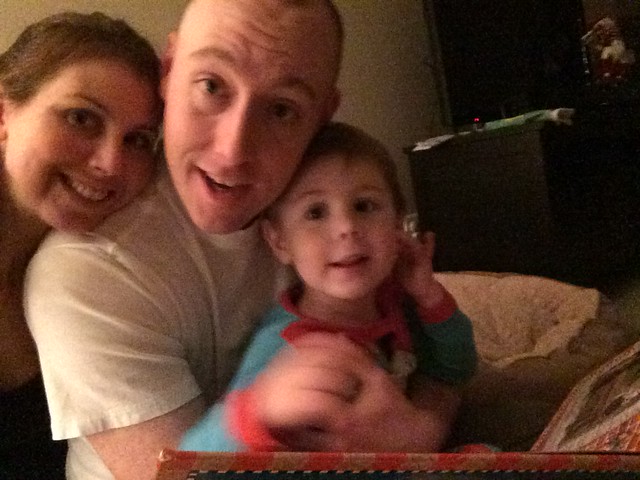 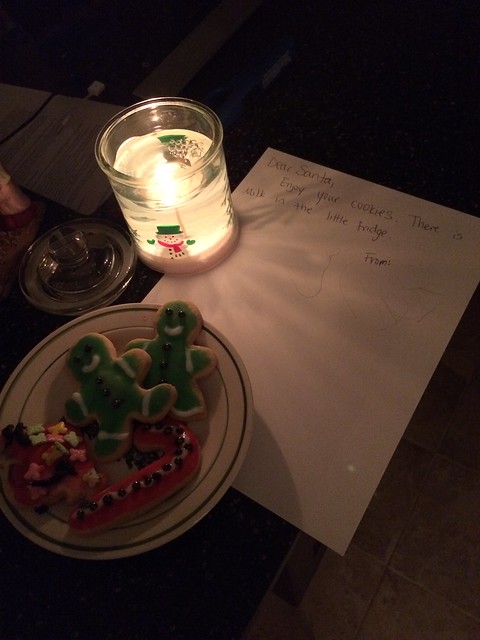 That morning we got breakfast going and ate our traditional breakfast casserole before heading downstairs to see what Santa brought and open family presents. Once we got downstairs Isaac was excited to see Santa brought him a fox book and a Frozen book. Santa brought the girls a tea set and a 'Lamb'-in-a-box. We spent some time playing with those toys before opening presents. 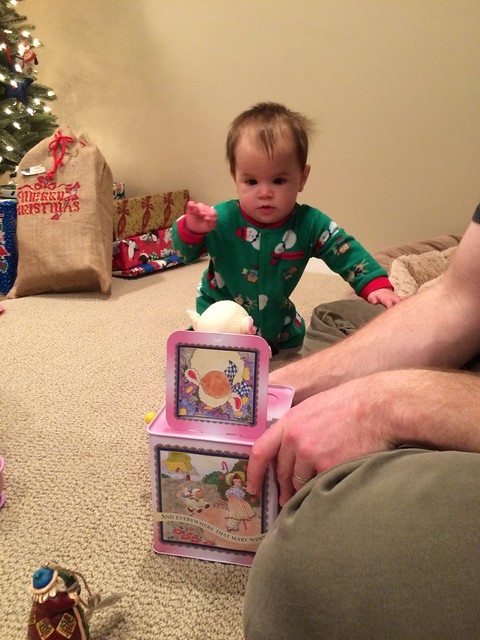 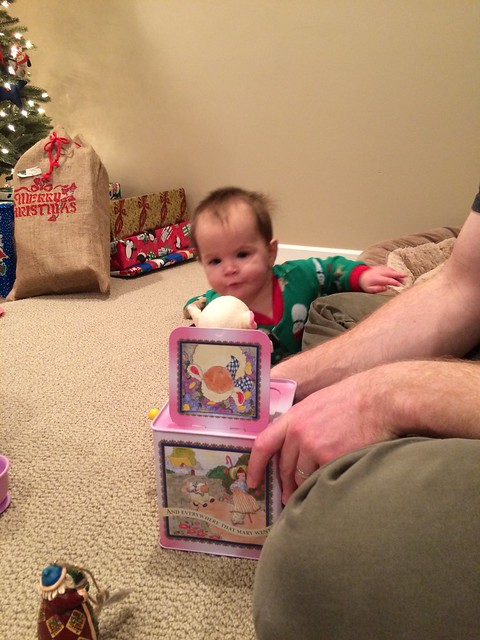 Mary was enthrolled by the wrapped boxes. 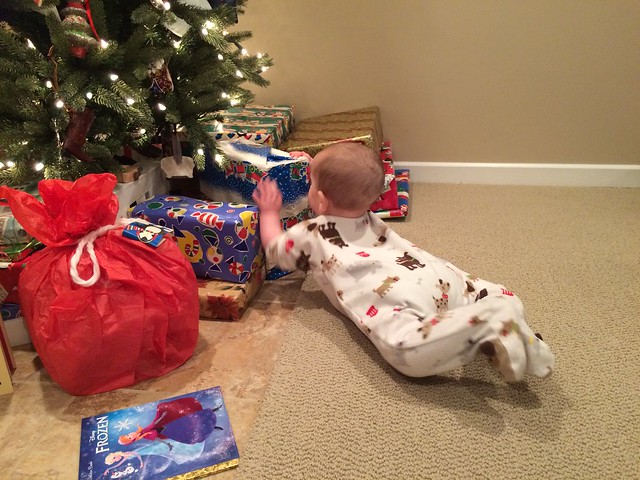 
Then we started opening presents from the grandparents. 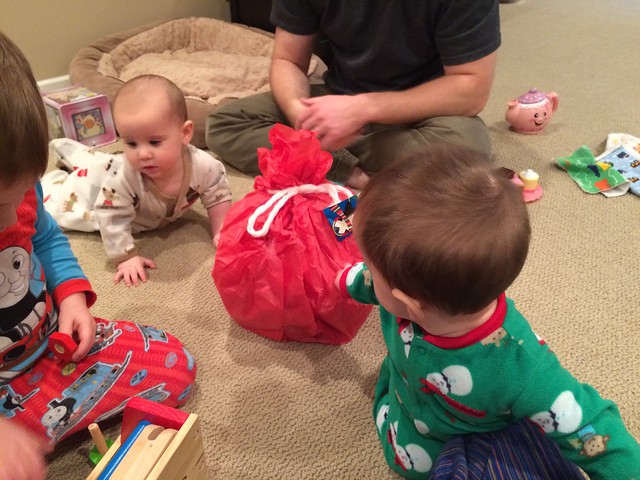 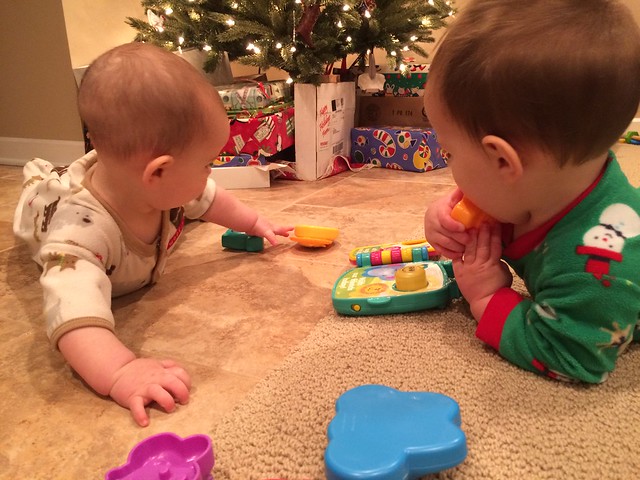 
With each present we played a bit so it took us quiet a while to get them all opened which was A-Okay.


Uncle Josh sent the kids some cool Navy attire, you can see in this photo Emma likes the pink! 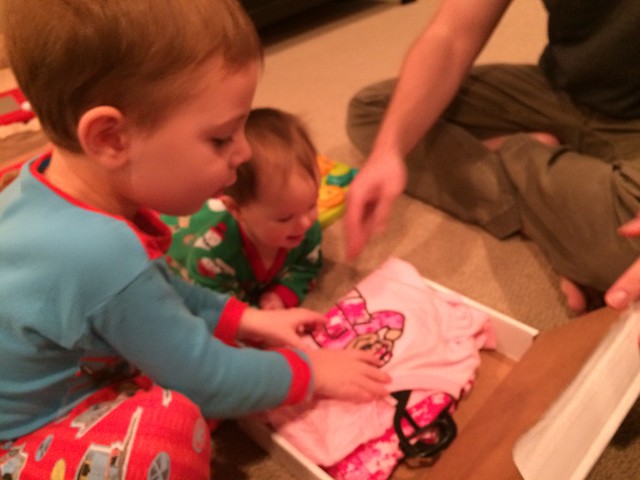 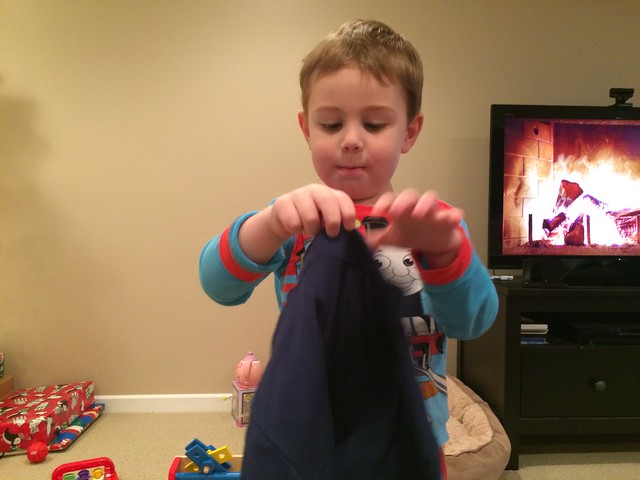 I think Emma's favorite part was climing ON the boxes, she's gonna be trouble! 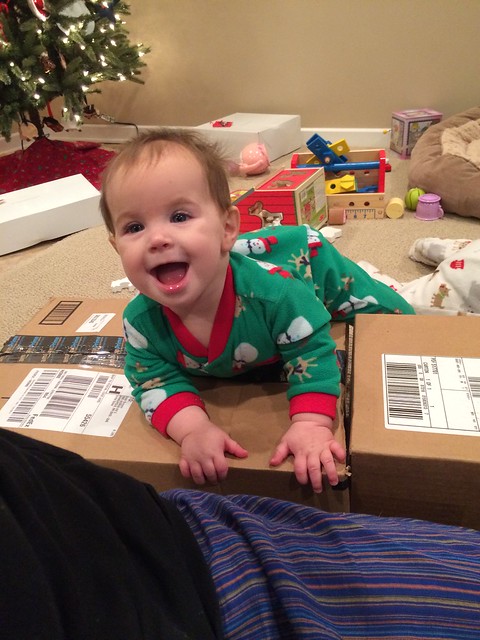 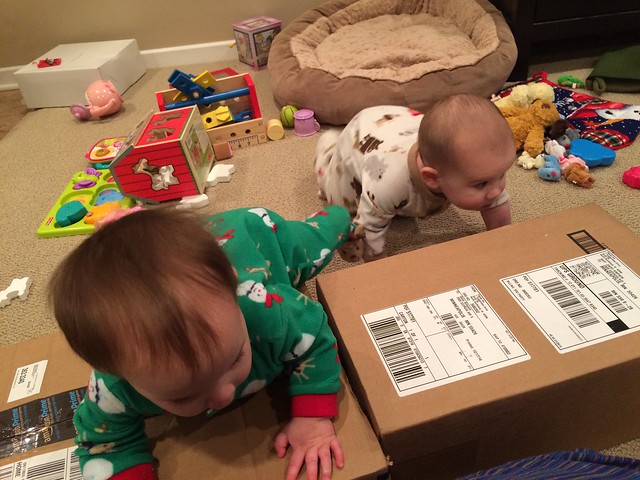 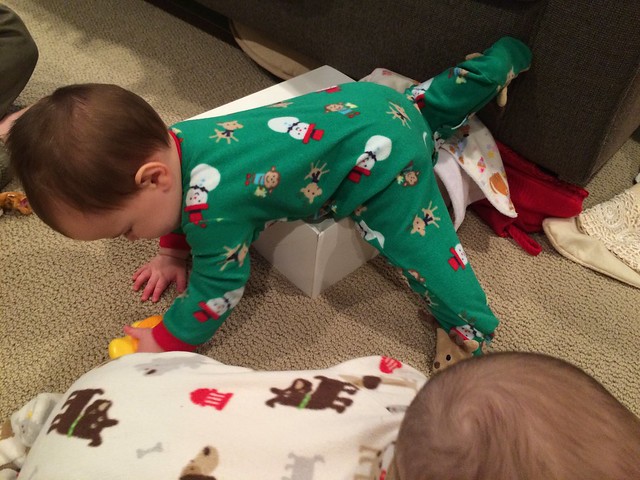 She would plant her self up on top of a box and just superman on it while playing with something else it was so funny. She now does that on top of Mary as well while they play. They are busy busy girls.

We finished up our Jesse tree at lunch by placing the last ornament and reading the last devotion. Isaac really enjoyed the Jesse tree and putting a new ornament on each day. So sweet to see him learn about Jesus and be so excited about the true meaning of Christmas 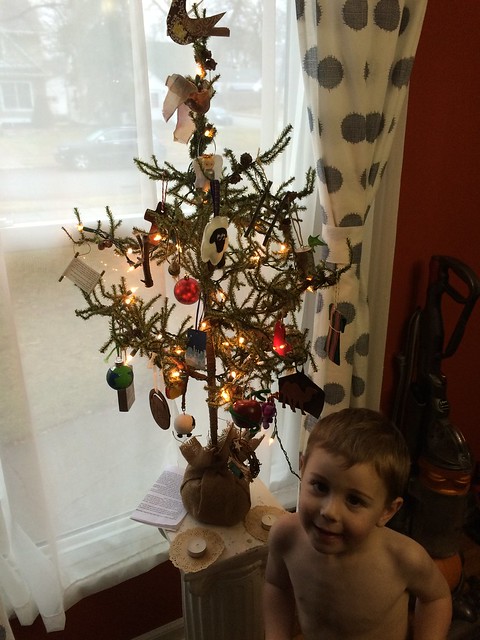