We hit up the State Fair on a Tuesday this year. Last year we went on a Monday and it was SO HOT! This year it started off pretty chilly. Our first goal was coffee and breakfast. Which of course the place we wanted to go was smack dab in the middle of the fairgrounds. We started off with Emma in the stroller, Isaac in the front seat of the stroller, and Mary on my chest. Isaac kept squirming and turning around to look at Emma and he eventually fell out... which caused a huge melt down (he was okay accident wise). But since he was only going on a package of crackers the meltdown was a little over dramatic. We got our coffee and went across the street for crepes. Oh and we had to pass the lactation tent to get coffee but at this point the girls were hungry as well and we weren't going to make it to the lactation tent. So they had breakfast with us :-) When you have two babies, and when they aren't your first you really could careless where they eat and who is around. 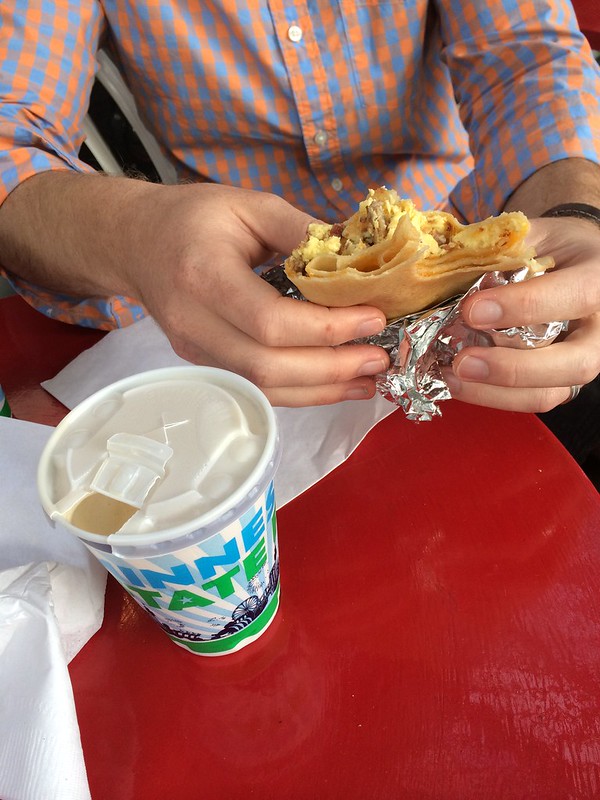 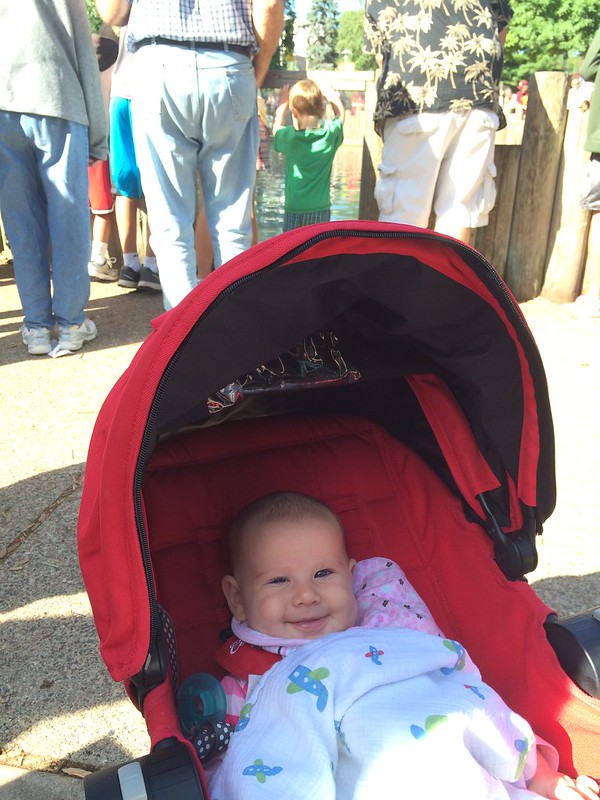 And through the Miracle of Life barn. I got to watch a baby piglet pop out. I feel somewhat connected to animal mothers who carry more than one baby now. If only mine would have popped out like that piglet did. She had a piglet every 15 minutes, lucky! Isaac was excited to see the cows. It was pretty cramped so I took the girls in the stroller and waited over by the side. 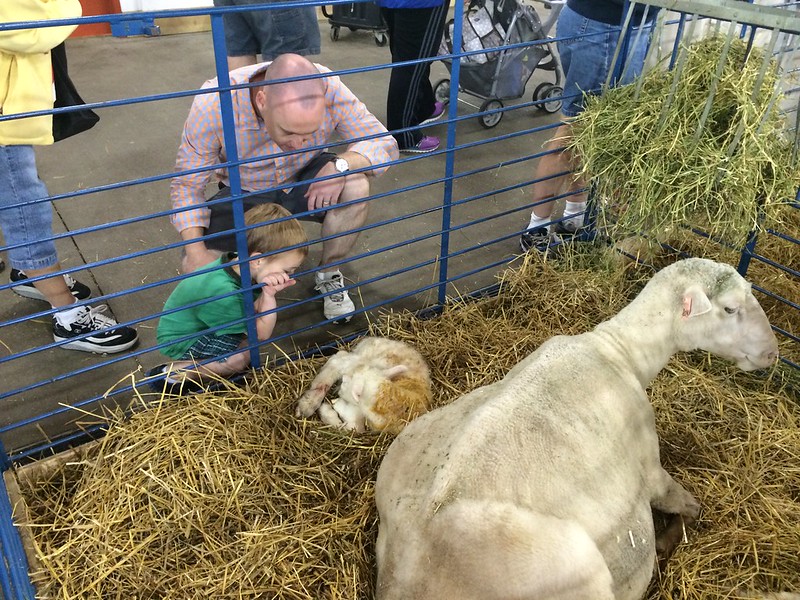 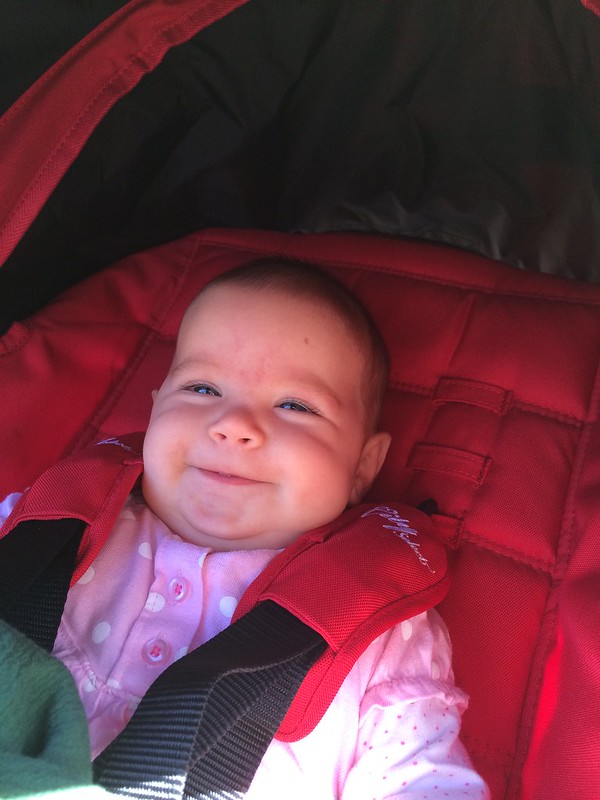 Then we got some more food: Australian potatoes. Kyle is chasing Isaac around: 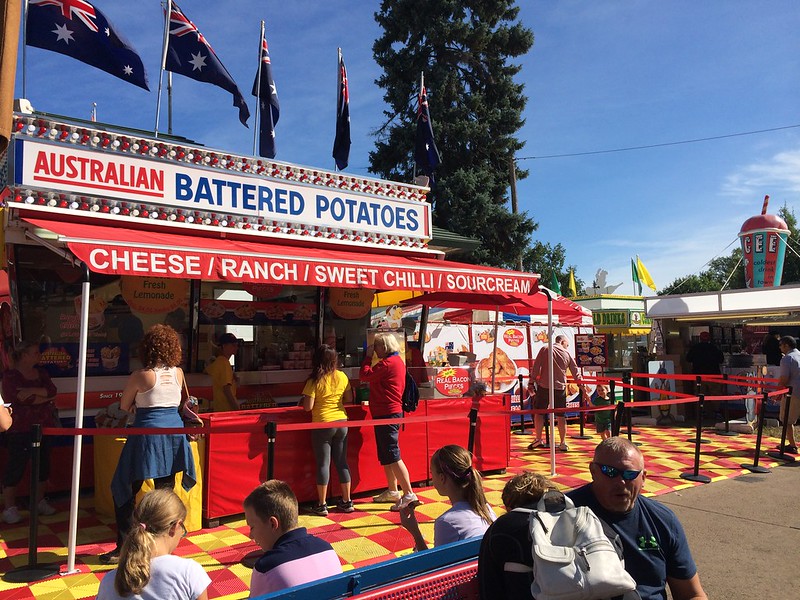 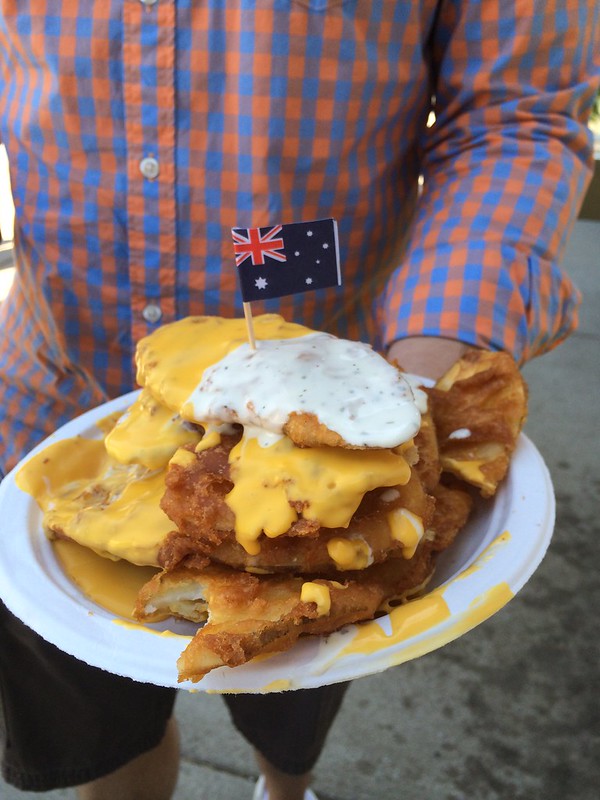 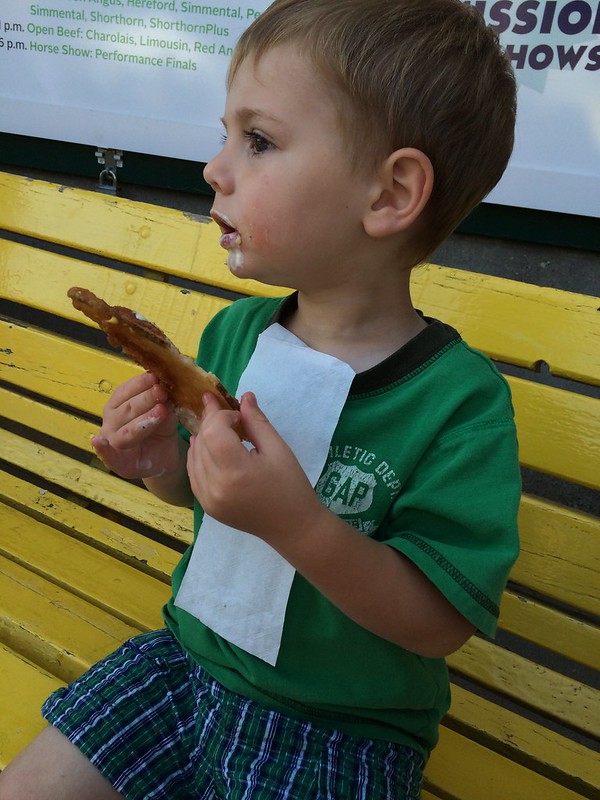 Then we strolled through the lamb and poultry barn. Getting to see some pretty fluffy chickens and roosters. The girls were napping. Mary stayed asleep but Emma was awoken by a rooster! Her eyes were hilarious when that rooster crowed! 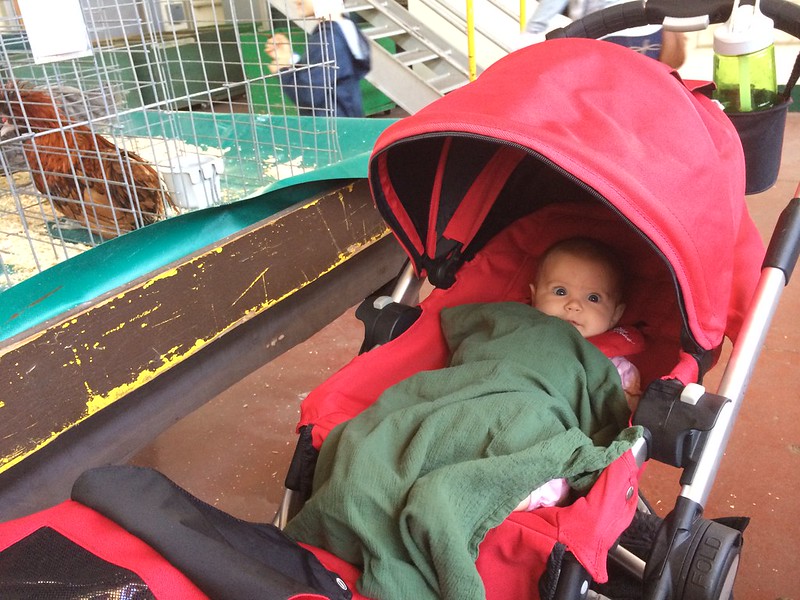 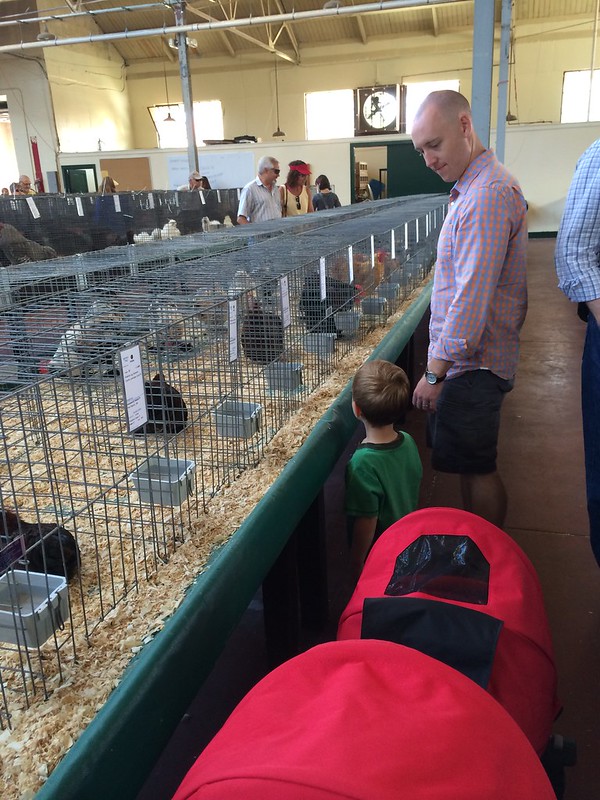 Then the horse barn. Isaac didn't want me to take a picture 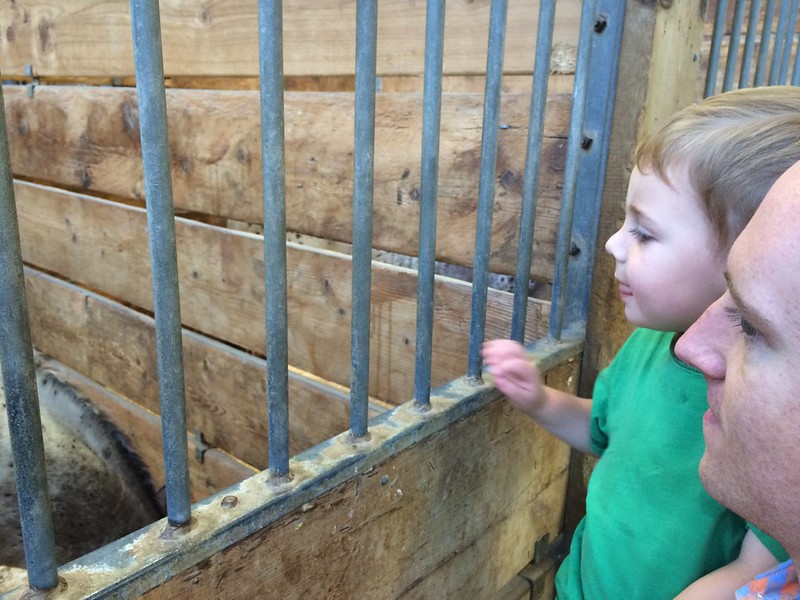 I had heard about this freebie lip gloss at the Star Tribune booth so I wanted to check it out. It's actually pretty good. 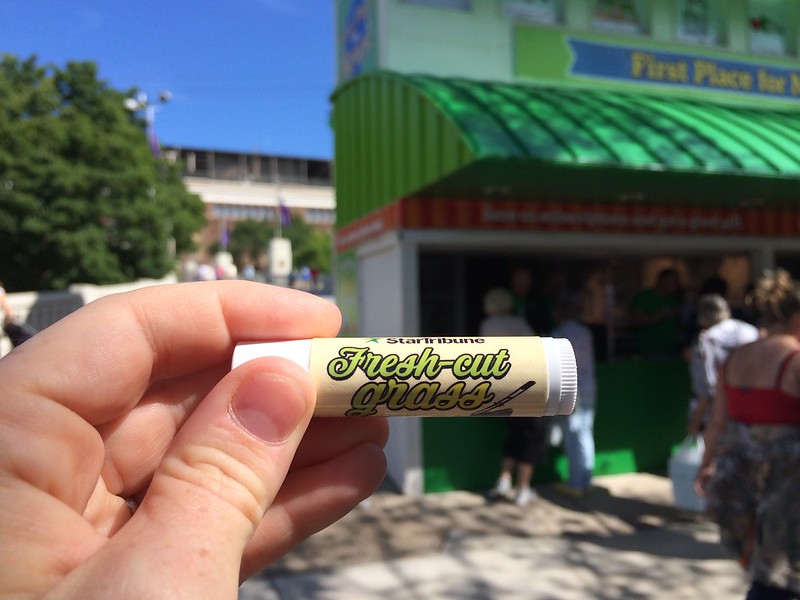 Then we cut through the merchant area at the grand stand to head to the newly added West End Market place. 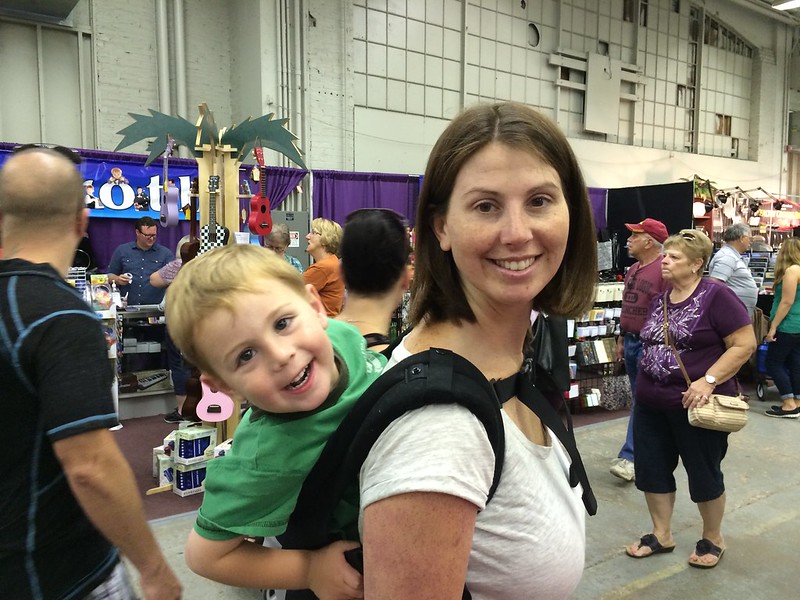 We met up with some friends in the West End Market. Grabbed some more food. Blue Beer, steak tacos, and these corn fritters with chimicurra sauce (my new favorite!) 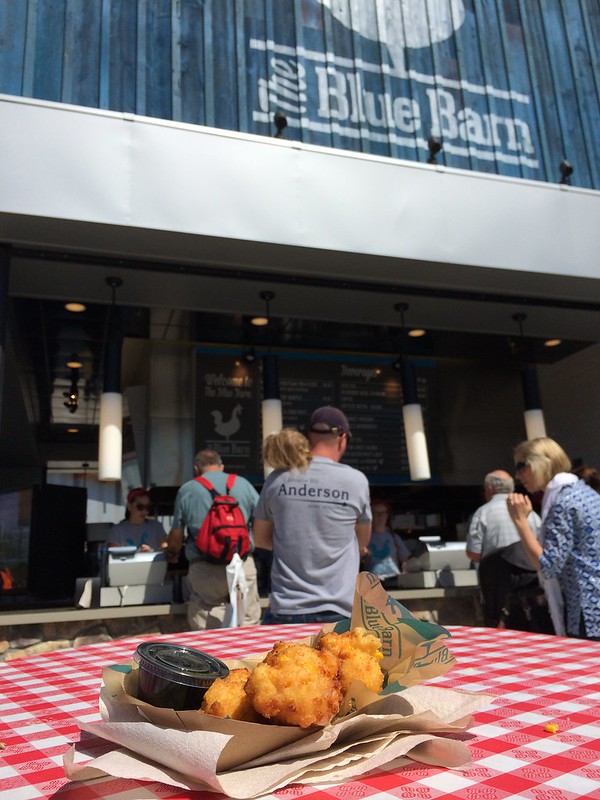 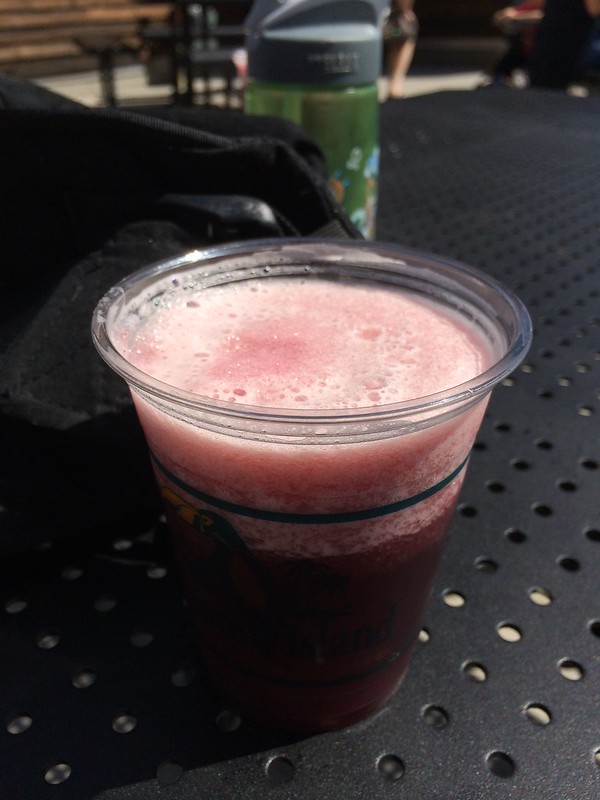 This was also feeding time for the girls again so we found a picnic table to hang out. Since it's a brand new area there wasn't much shade and it was starting to warm up at this point. Isaac throwing wood chips with his friend K. 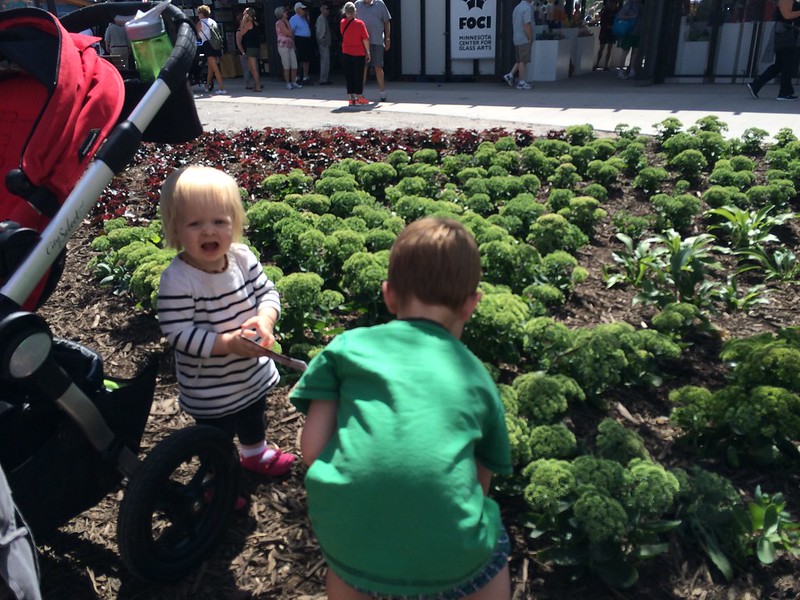 Then we headed with our friends to Little Farm Hands with a few stops along the way. Isaac is obsessed K: 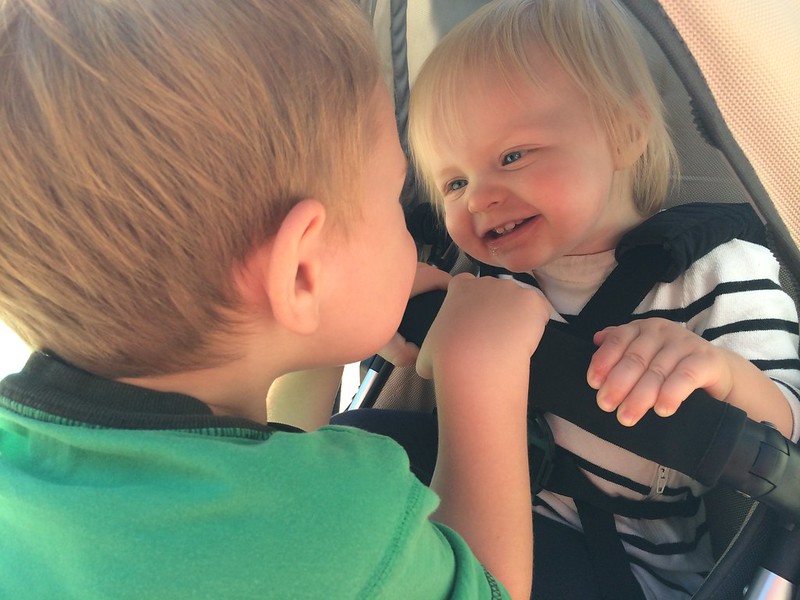 Little Farm Hands is a simulated farm for preschool-younger school age kids. We did it last year but he wasn't as in to it as he was this year. 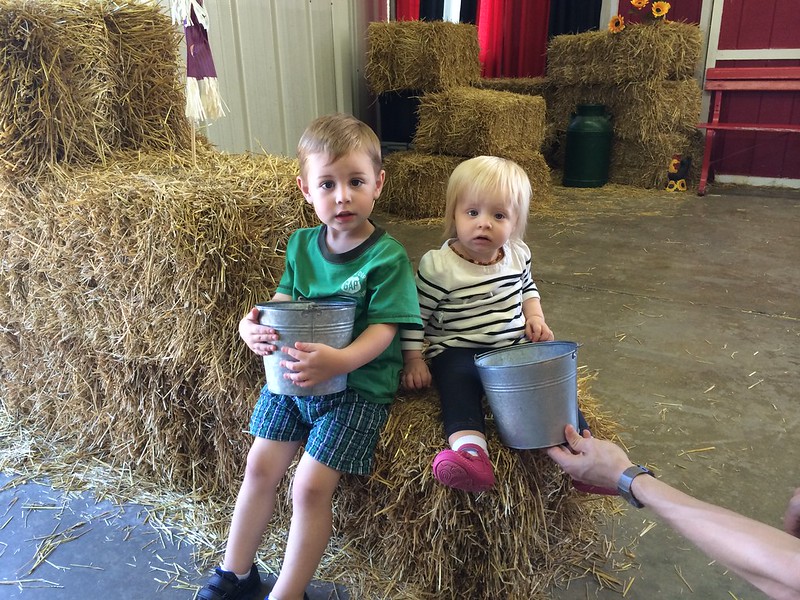 And collect corn in the first barn which you will use to feed the 'animals'. (no real animals in this simulation)

Go through the 'tractor barn': 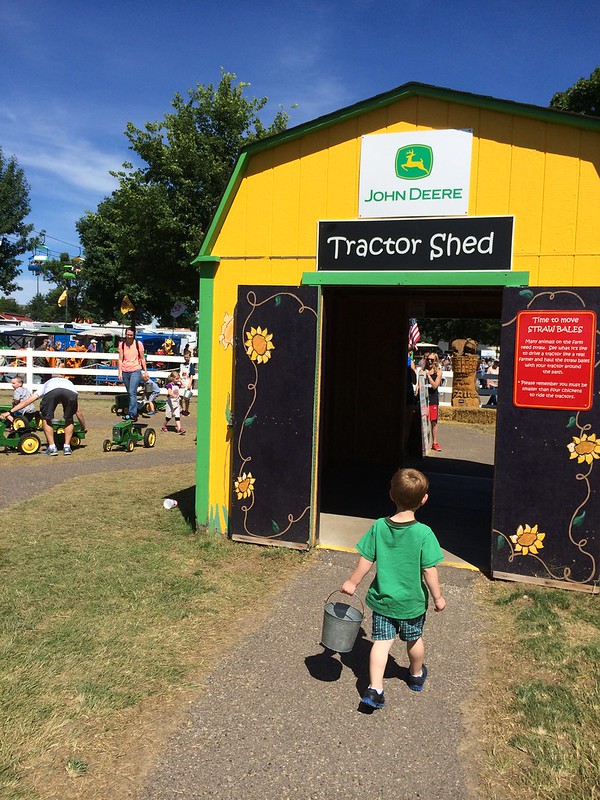 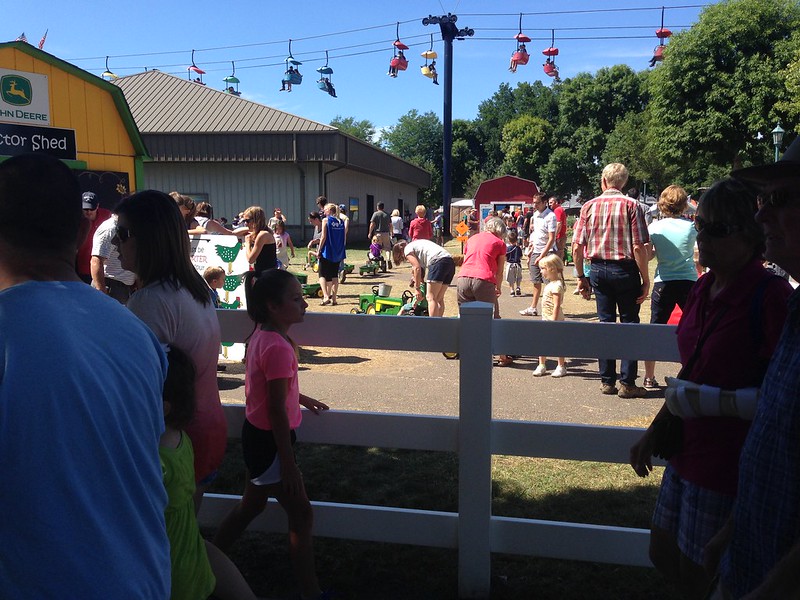 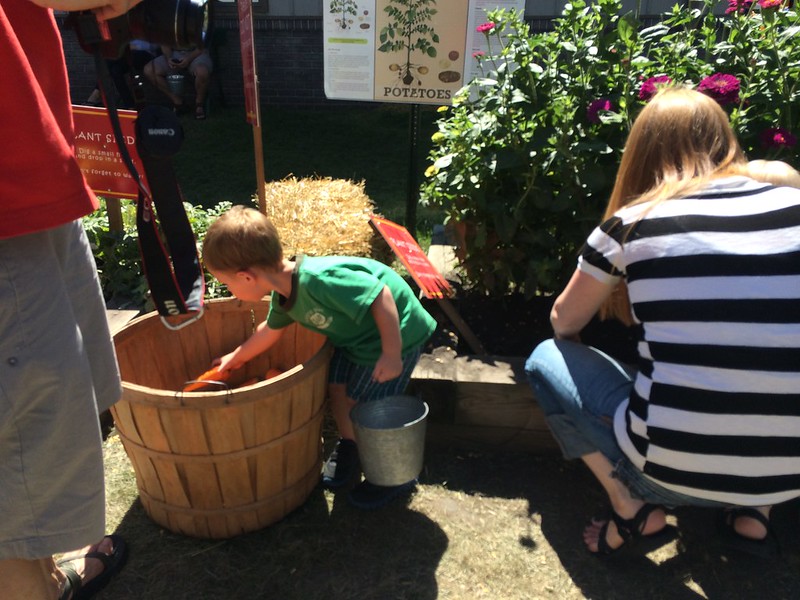 Then you used your corn to feed the chickens and collect an egg: 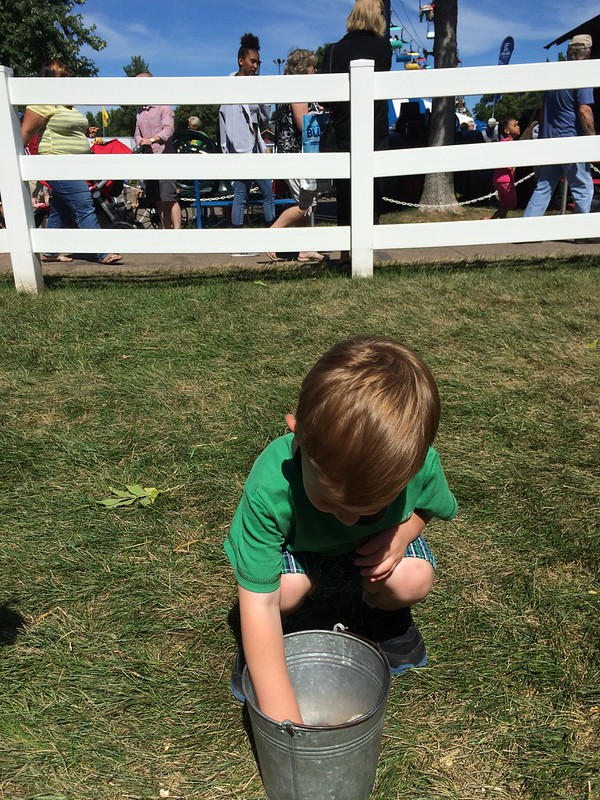 Feed the sheep to collect your wool 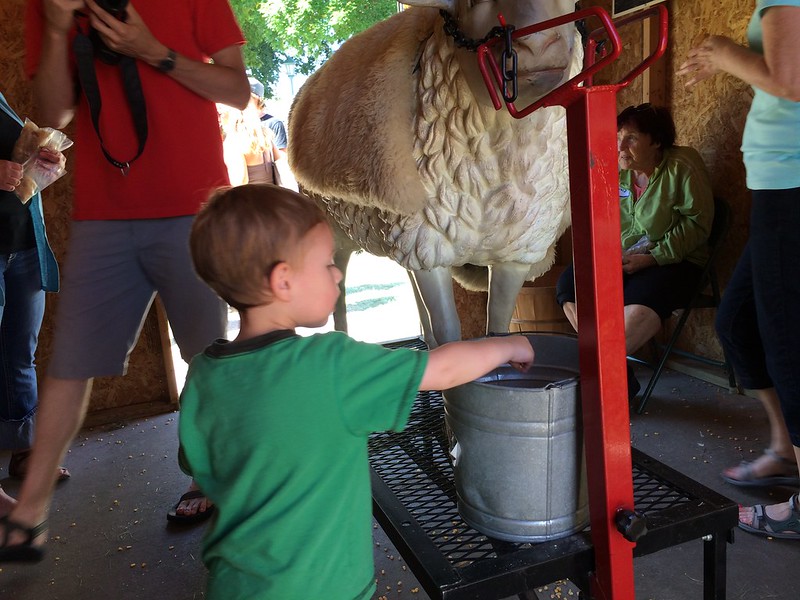 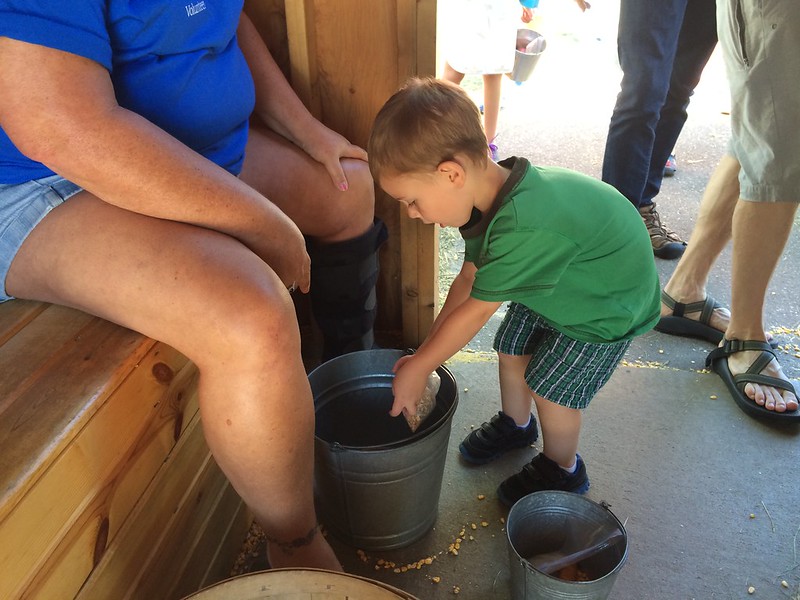 And milk the cow to collect your milk 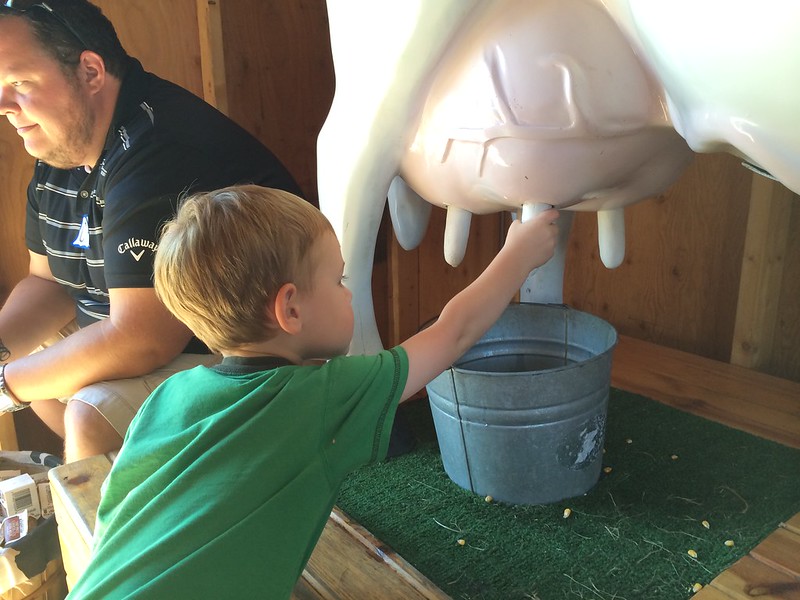 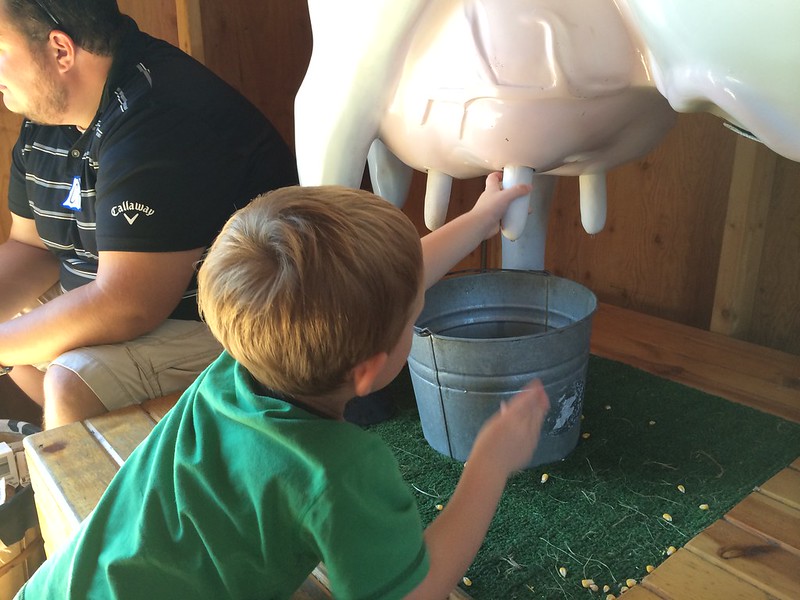 The apple orchard is next (which I didn't get a picture of). Then you go to the market and trade in all your collected goods and get money (play cash). Which you then buy a juice box with. 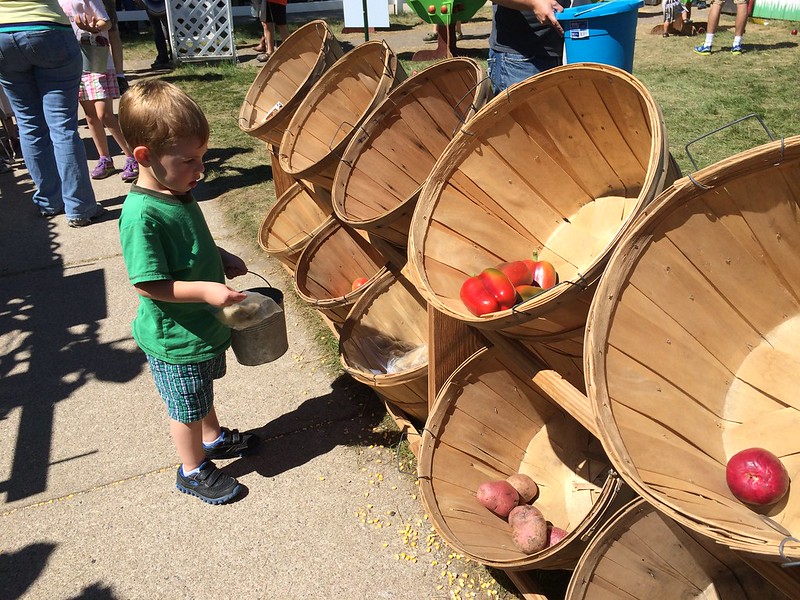 There were no strollers allowed in the Farm Hands so Isaac watched us from the fence and walked along side us on the outside. After we finished Little Farm Hands we said farewell to our friends, headed to get a corn dog while Mary napped. 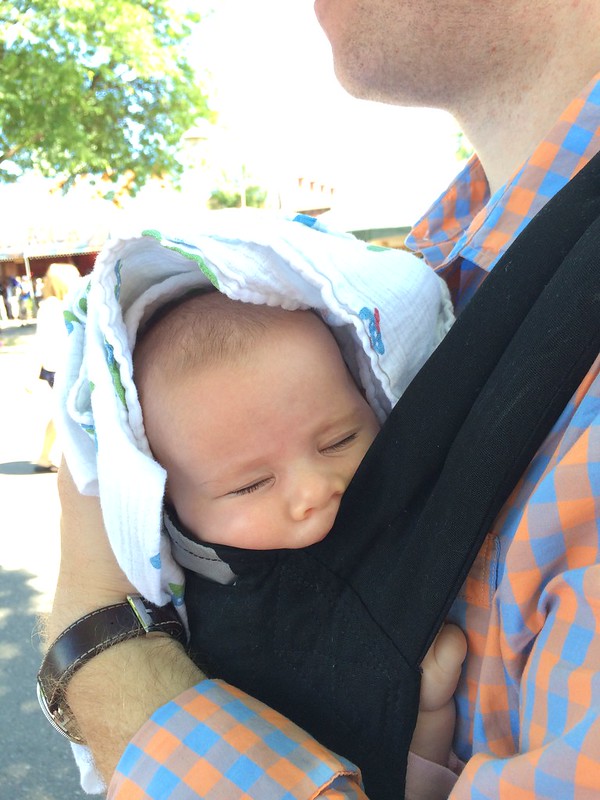 We did a quick stroll through the pet barn because Isaac wanted to see the dogs. But it was started to get packed and there were very few dogs to see. Rather disappointing. It was getting warm and we were all pretty pooped so we headed back to the car for the trip home. In which all three kiddos got a good nap in. 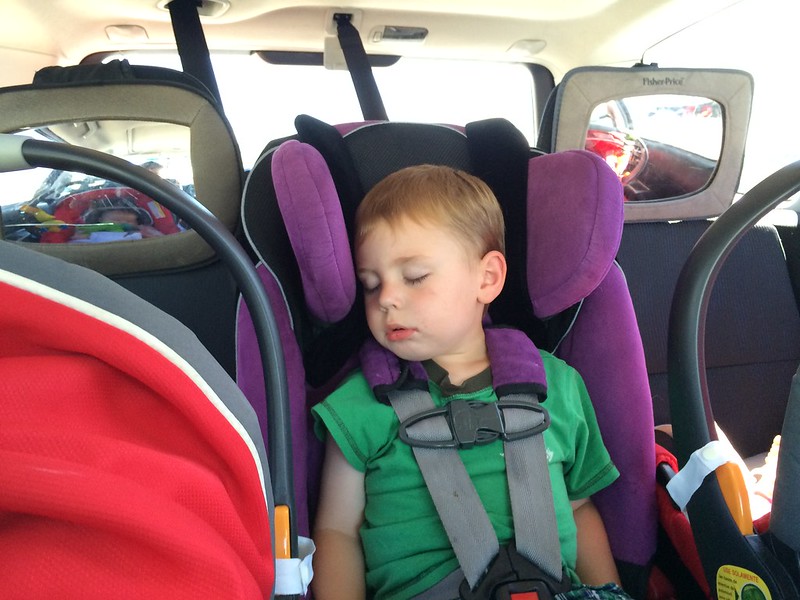