I interrupt our New York trip recap to bring you the latest baby belly update photos.

I started weekly visit two weeks ago, oh joy! First NST (non-stress test) this past Monday and those continue on a weekly basis. Luckily I am familiar with those from having to have a few with Isaac when he was overdue. Next ultrasound is set for 1.5 weeks (when I am almost 35 weeks).

Both girls are looking great, well sounding great I guess I should say. Saw them last 2.5 weeks ago and won't 'see' them again for a week and a half. Check ups are really nothing exciting, they just check their heartbeats and measure me. Oh and I get to leave a urine sample checking for ketones (diabetes stuff) and protein (pre-E stuff). I don't think I updated that I got diagnosed with gestational diabetes before the New York trip; which is very common when carrying multiples and given my family history. The only thing that adds on is that I am checking my blood sugar every morning and after one meal. For the first week of checking my glucose I was checking four times a day (morning and every meal) then when my numbers were all good I was able to drop it down to just twice a day. I was already eating really healthy and trying to maximize my protein intake so the diagnosis wasn't really a life changer... I just know not to drink a super sugary drink (like the one they make you drink for the test) as my body will have a hard time breaking down the glucose.

Here are two pictures from my SECOND three hour glucose test (which was Feb 25th). We were both actually quite ill this day, suffering from head colds as you can see on poor Isaac's face. 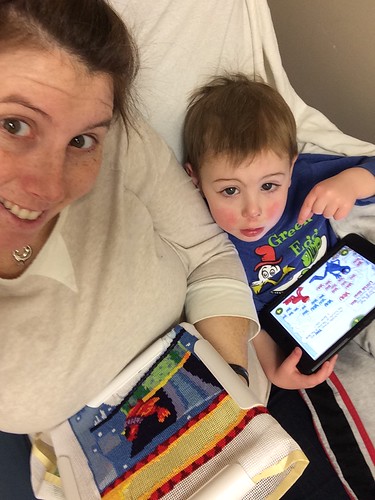 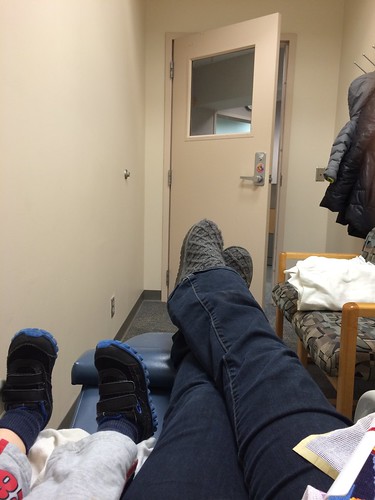 Oh I also realized I guess I didn't update after the last ultrasound on March 10th. Here is the only good photo from that visit: 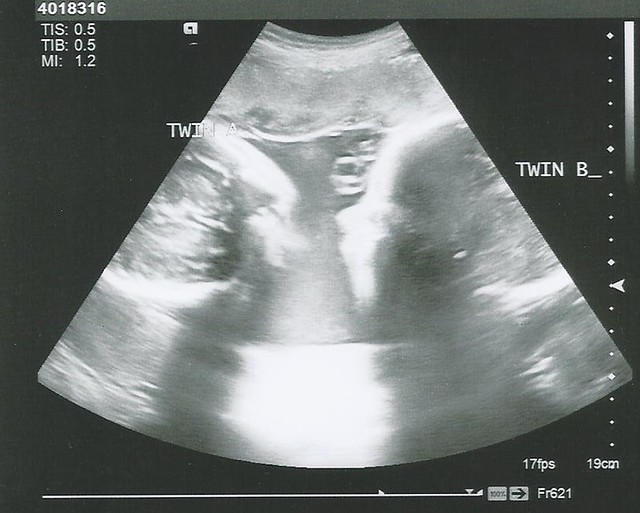 They both weighed an estimated 4 lbs 1 oz. Baby A is still sitting breech and Baby B was head down. They were face to face in the above photo. I know it's hard to visualize and you're probably thinking "How are they face to face if one is upside down and one is head up?" But think of a ying/yang sign. They are looking face to face then B's body goes up above A's head and A's body/legs come down below B's head (blocking the exit). So be praying that either B shimmy's her way down to get her head closest to the exit or that A flips and gets head down.

Since I didn't get a belly photo the week we were in New York I actually don't have four photos to fill up a new line of four. So I'll wait to post that til next week. But I did decide to take a naked belly photo to compare with the ones I took with Isaac. So here is a week to week comparison of my 33 week twin belly with my 33 week Isaac belly! Eh... correction, just discovered as I went back to find the Isaac belly pics that I didn't get a 33 week pic for some reason so the comparisons will be a week off.. 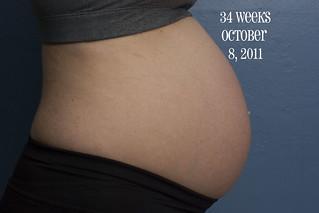 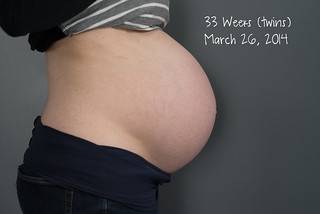 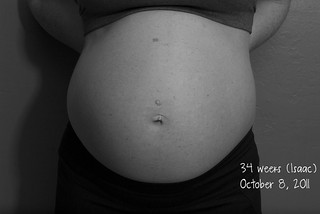 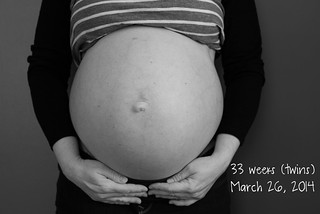 And here are some pics Kyle took while we were face-timing with Grandma Cindy the other day: 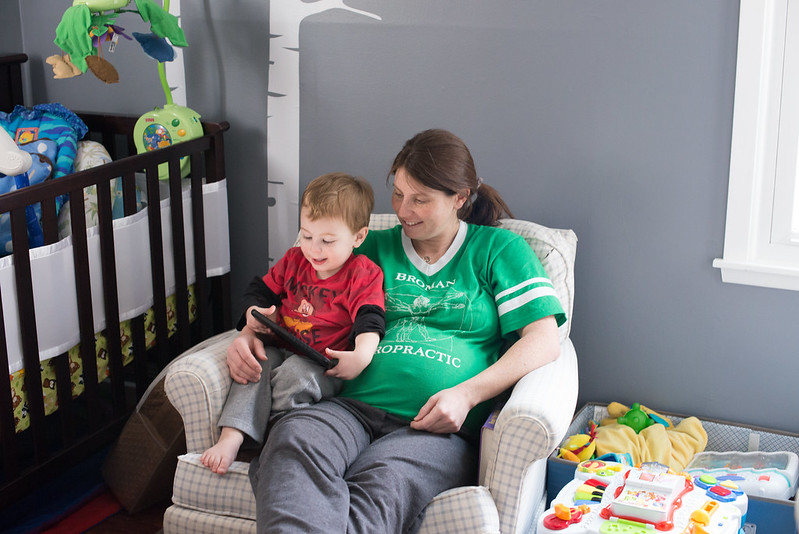 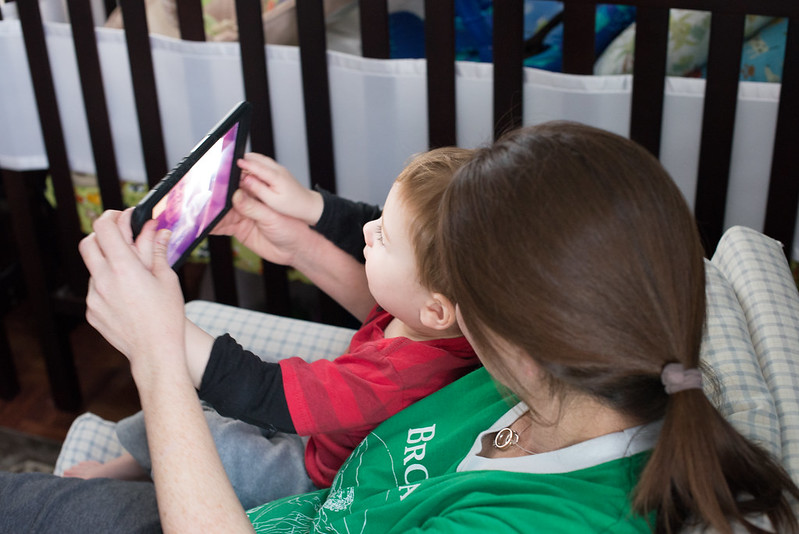 One last thing! Some amazing friends of mine threw me a shower. I was hesitant to let them at first because I don't really like the idea of showers for second children but they insisted because I wasn't just having a second child! We have been truly blessed by their thoughtfulness and kindness this whole pregnancy. I didn't get 'real' photos but my friend Lesa did so I wanted to share her blog post about the shower. You can visit it by going here: Celebrating Daisy by Lesa
posted at 3/26/2014 03:25:00 PM