Thomas watching the garbage trucks from our room window 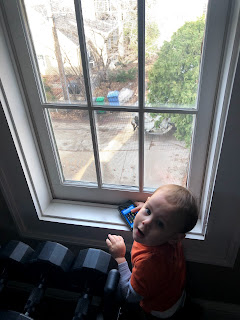 Trip to Costco, girls snacking on lunch. They were sharing the acai bowl which is what I was attempting to capture, but Mary was ready to move on to her pizza as I went to snap a photo. 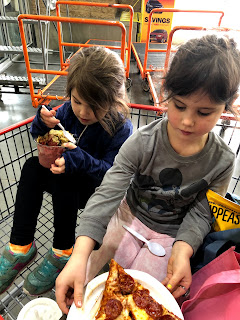 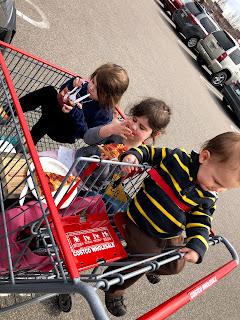 The girls' little school bus was suppose to get worked on over spring break, but I guess it was taking longer than expected so the week after spring break there was no bus service... which meant I had to load EVERYONE up to get pick them up after preschool. We stopped in at Isle Bun & Coffee for a little treat after school on Tuesday. It was fun just being together and listening to these goof nuts. 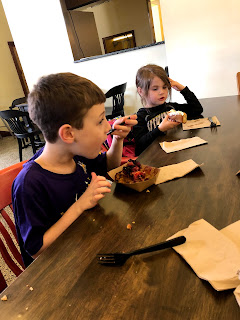 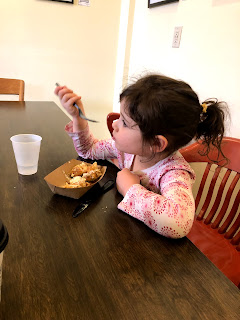 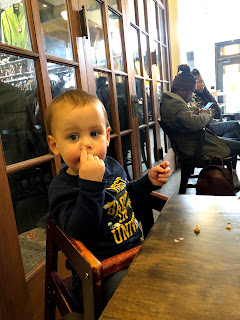 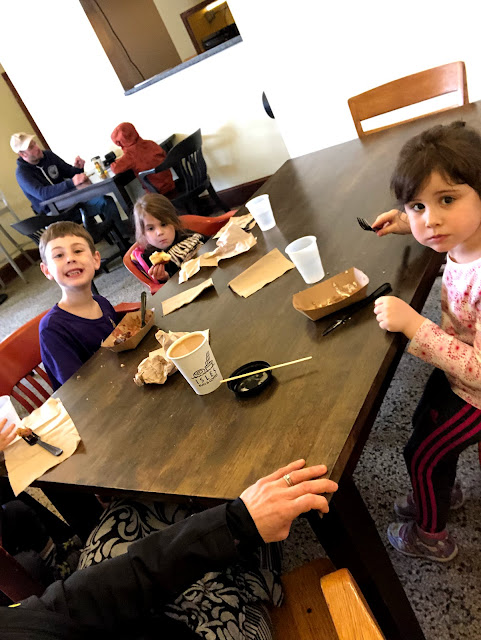 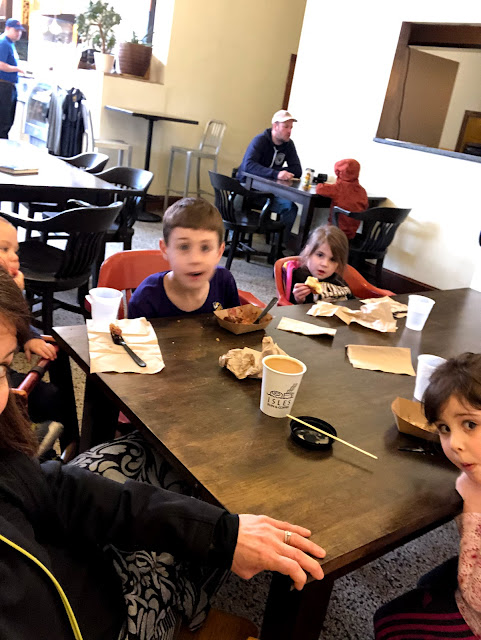 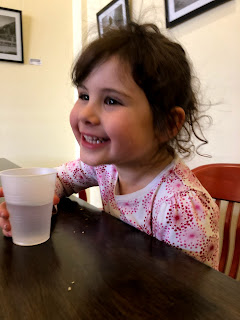 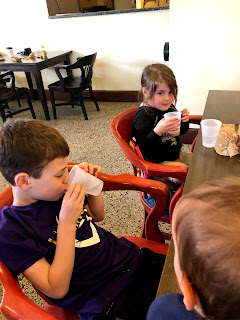 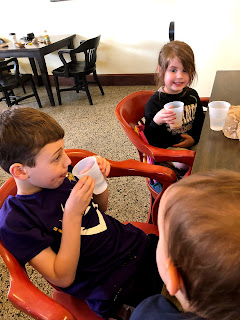 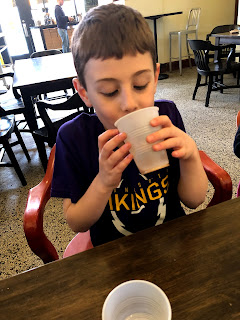 Wednesday we got a huge snow storm. Yes April 10th, happens almost every year around this time. This was as I dropped the girls off at school. Kyle came home early so I was lucky that I didn't have to load everyone up to go get the girls. THEN school was cancelled so no one had school on Thursday. 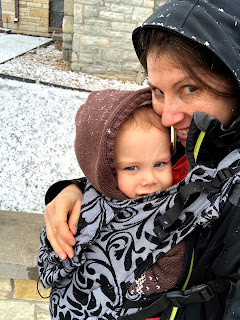 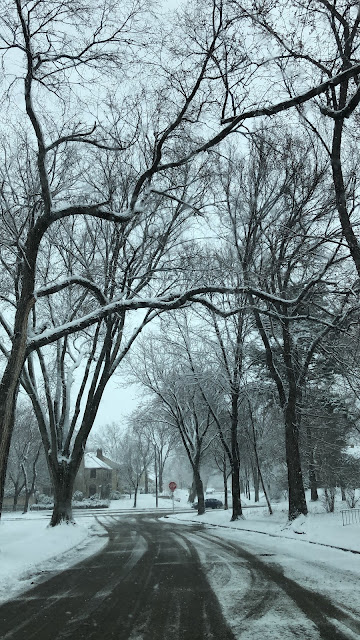 I FINALLY took a photo of Thomas with his blocks. I've been slacking on getting them lately, so got one in before the big 2 year photos in July. He is such a sweetheart. Such a joy to our family, everyone loves him and he is such a big helper. He wants to do what everyone is doing and it's crazy how fast he picks up on things watching his three big sibling. 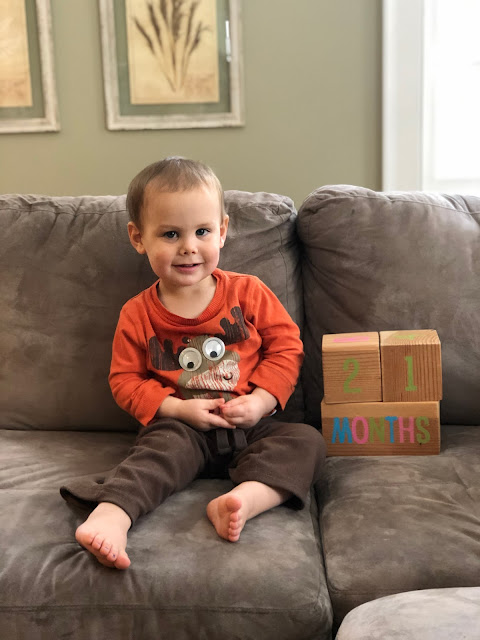 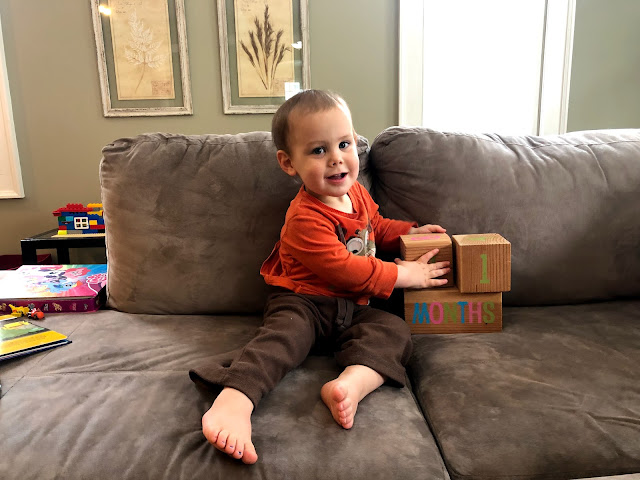 As you see he is never lacking in love from his sisters. Soaking in the kisses from both sides on a costco run :-) And as you see in the above photo he wanted one of his feet toes painted. We were painting the girls toes and he came over. Sat still for one foot then was done and didn't want the other. lol. 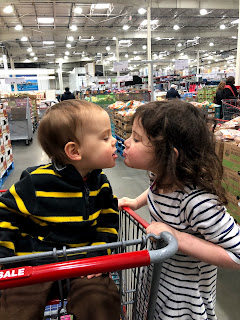 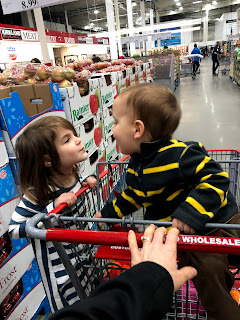