We had a fun long weekend. Kyle took off work on Friday and Isaac was out of school. We attended a fundraiser for the girls' preschool at Pump It Up, which is a big bouncy house place. They always love burning energy there. Saturday Isaac had his last skating lesson and advanced to the next class. We went to open skating shortly after his lesson. The girls had been begging to go out on the ice (classes don't start until 4 years old) so we bought them tickets for open skate too. Little did they know they weren't going to be able to just skate on out in beautiful form. They were both over tired and hungry which made for a not so fun experience mixed with broken hearts that ice skating isn't a natural talent but a learned skill. They did however say they would like to do lessons but not into open skating, haha. 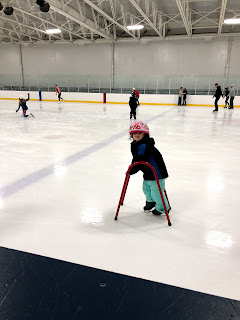 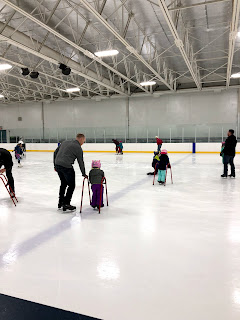 Kyle earned his dad of the year badge by going out on the ice with them all (only his second time ever). Thomas and I enjoyed watching from the sidelines, haha. 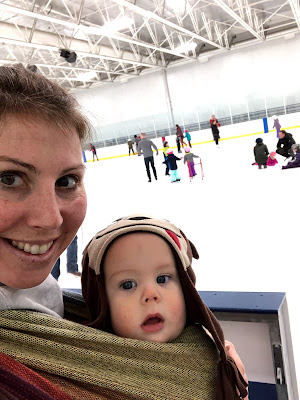 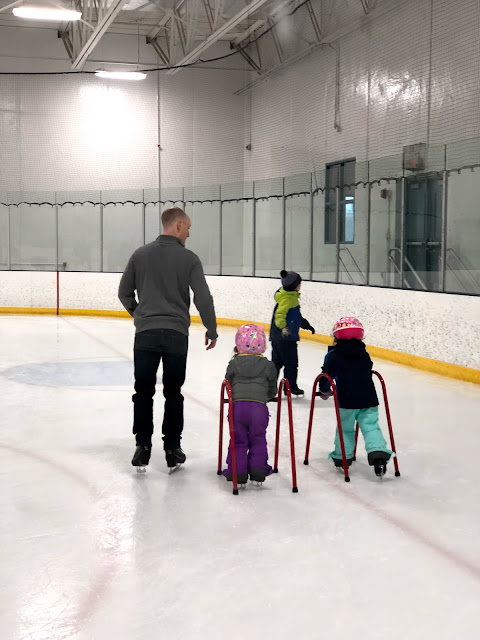 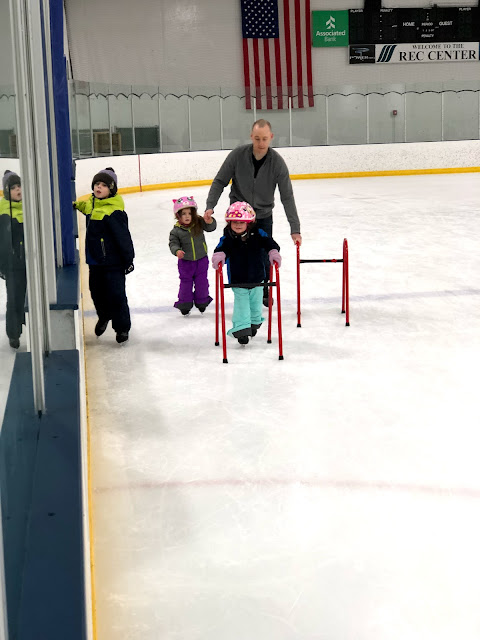 Look how cute and little these skates are! 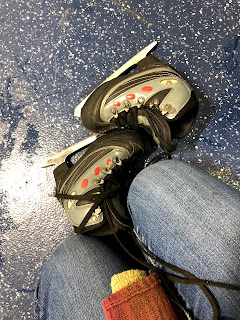 Thomas LOVES eating! Tonight at dinner he was a bottomless pit! lol. This was from later Saturday I think. 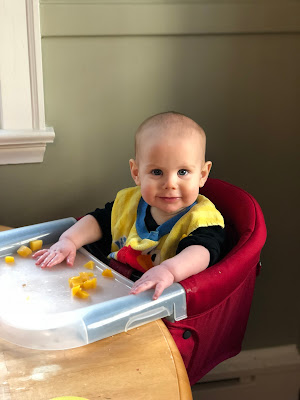 Sunday we went to church then drove out to Stillwater to explore the Ice Castle. It was chilly, but not freezing. I think it was maybe 40 degrees. We had fun wandering around the castle and the kids enjoyed going down the slides. 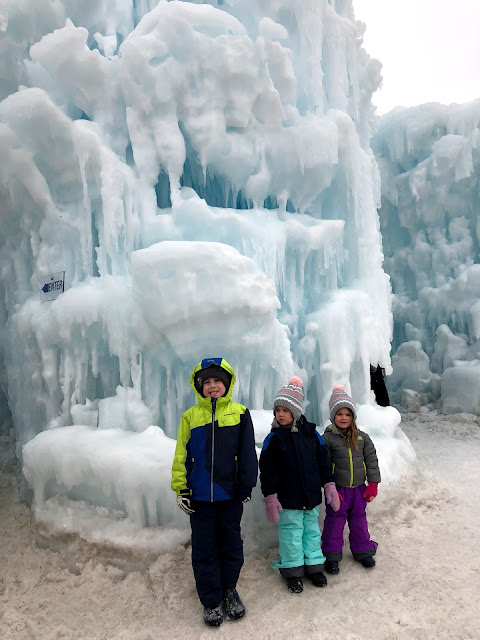 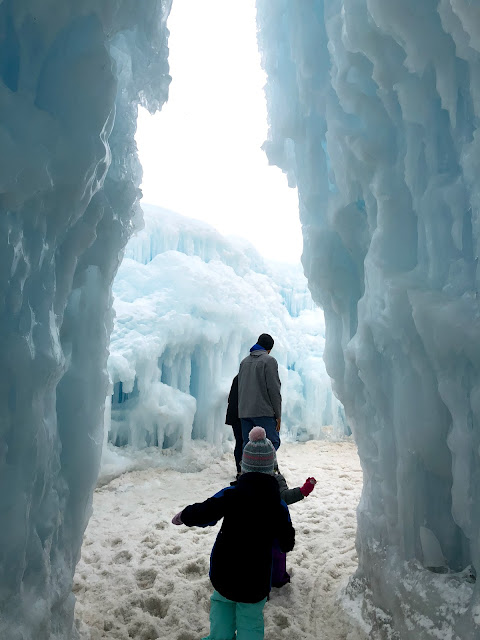 I had fun pulling out my little fisheye lens for my camera phone. Fun to get a different angel. 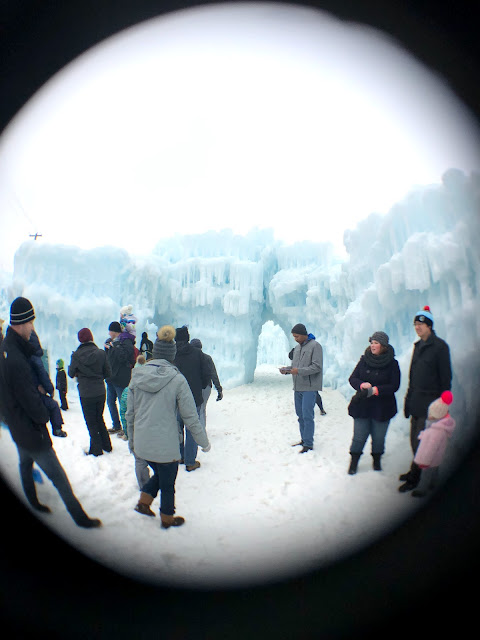 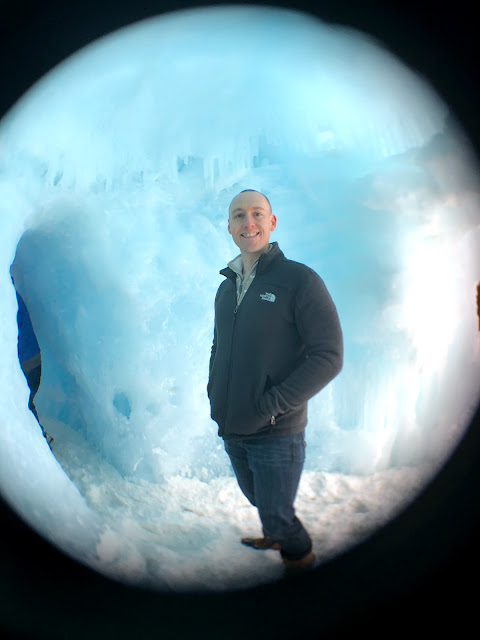 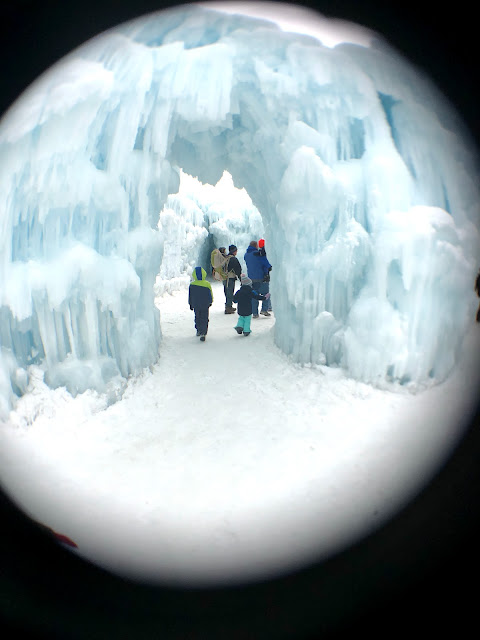 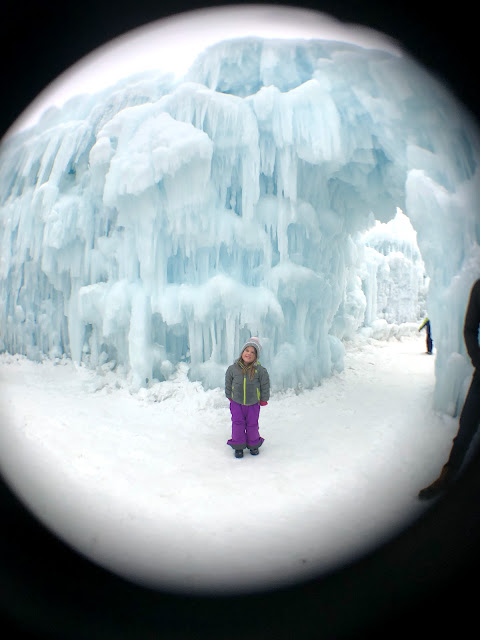 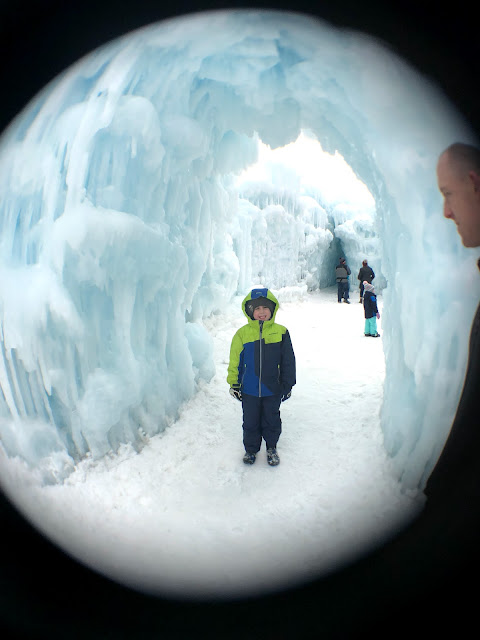 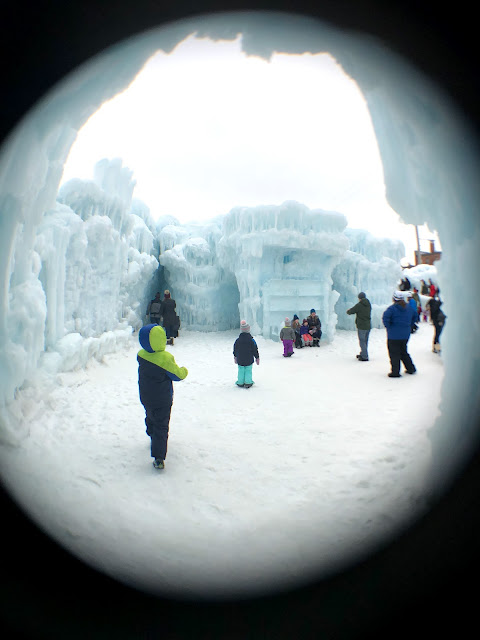 Family photo! These are rare! 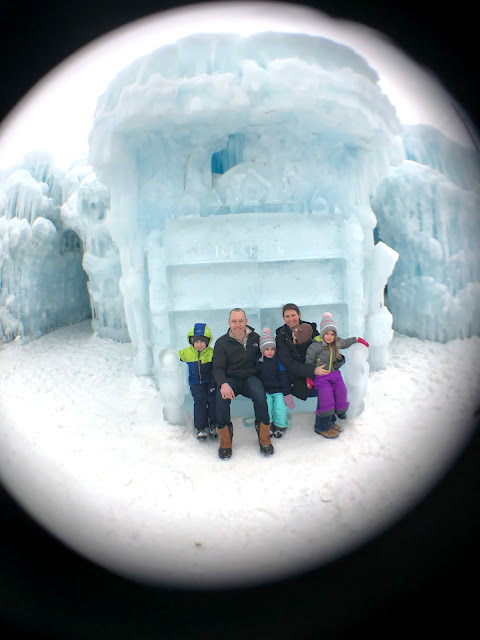 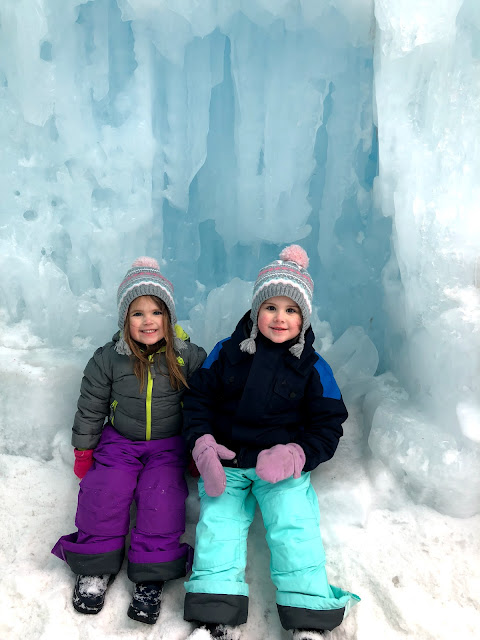 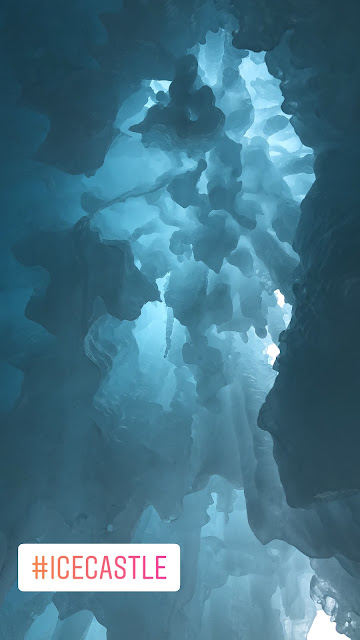 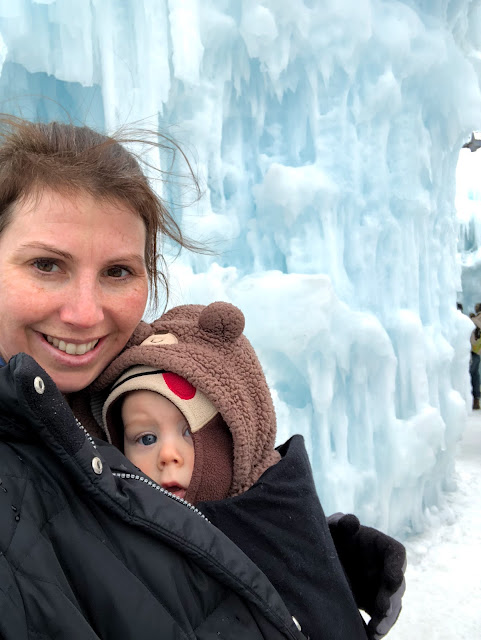 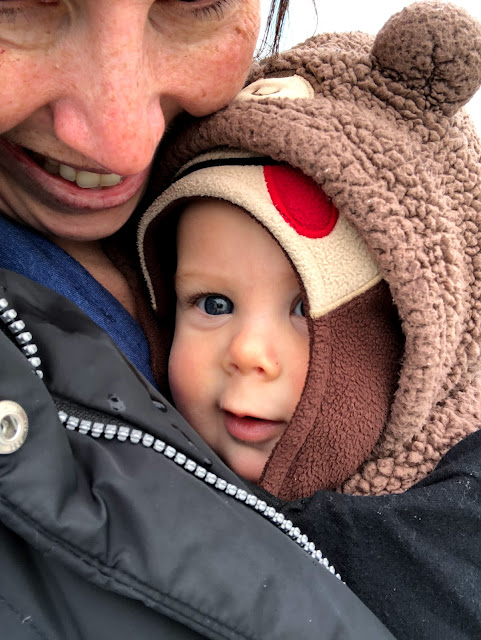 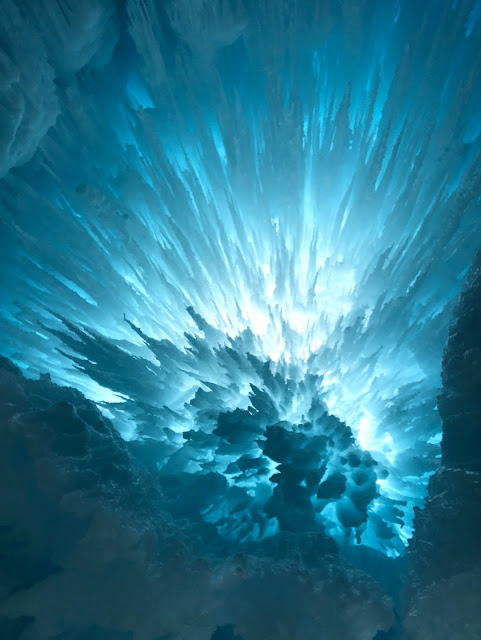 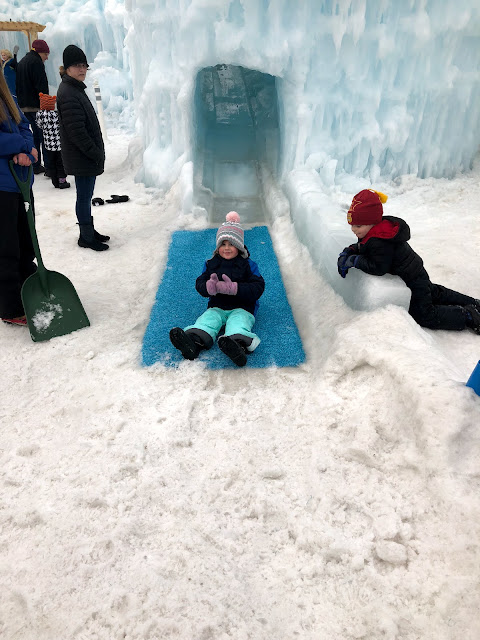 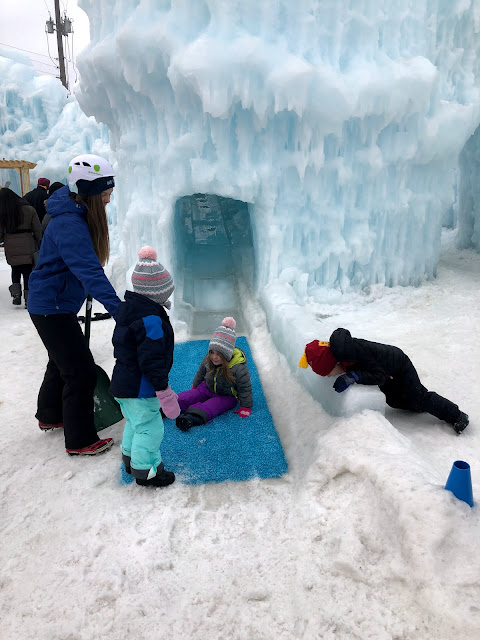 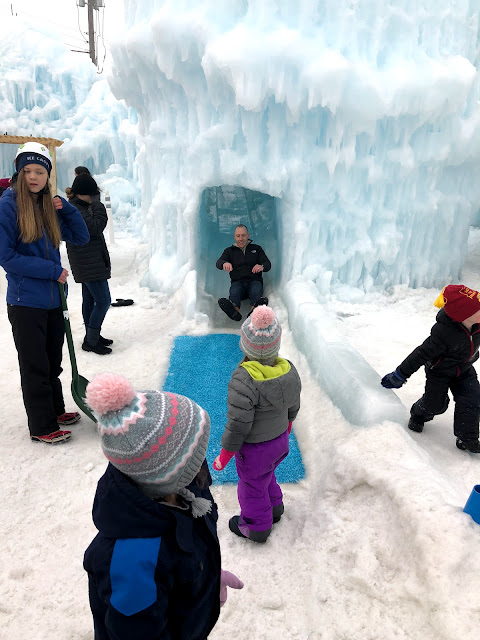 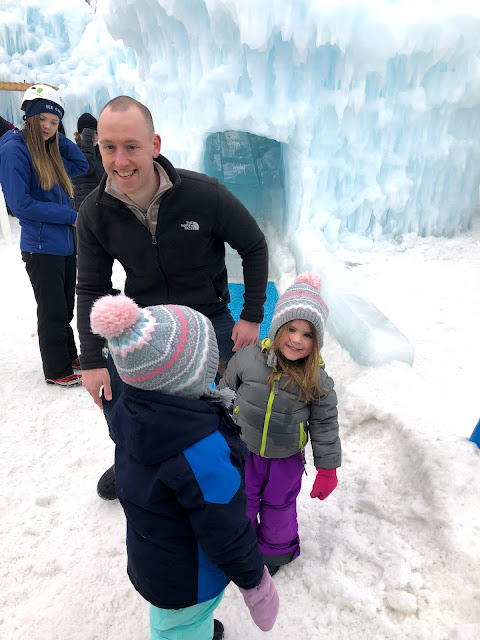 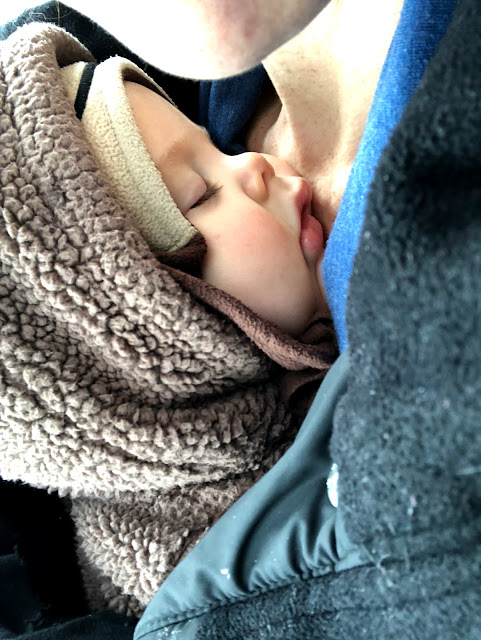 Monday we had a fun family day as well and returned to the Minnesota Zoo, I'll post that one another time. Off to bed I go! Night-night.