Can't believe this little butterball is already half a year old. He is the sweetest little guy. He is so patient having to wait and be brought to everything. He loves mama snuggles and just started solid foods which he is a HUGE fan of! 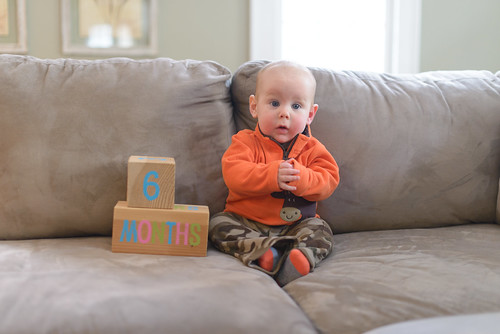 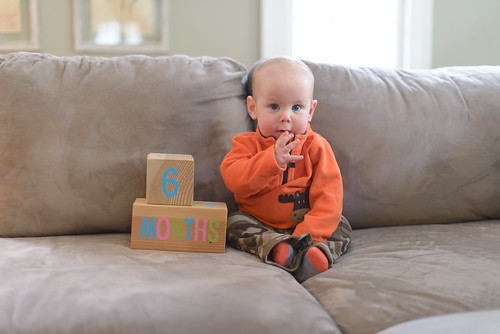 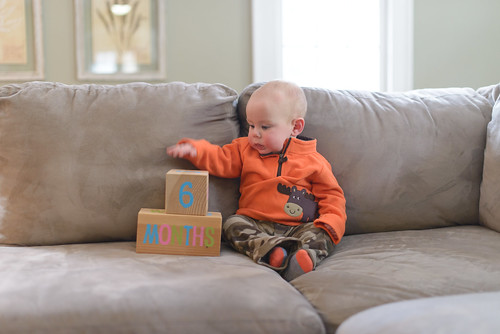 He loves to sit up and pretty much has it down, not enough to be left with out a spotter, but soon. We were thinking there were teeth on the way as he had a fussy period with lots of drool. He is still chomping on any and everything but no sign of one yet. Emma got her first tooth at 7 months so maybe it'll come soon. Isaac's first tooth was 9 months and Mary's was 14 months, interested to see where lil T will fall. He loves his jumper and watching his siblings run around. He still hates the car seat, especially at night. He actually does fairly well during the day, but in the evening he will scream the entire time until he's let out. 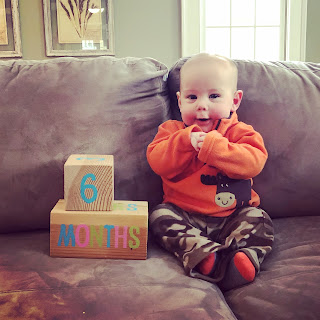 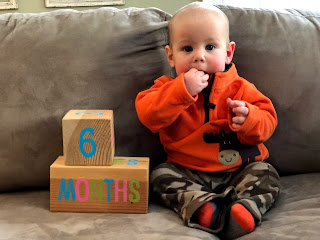 His sisters still love him, although he's getting bigger and bigger to hold :-D 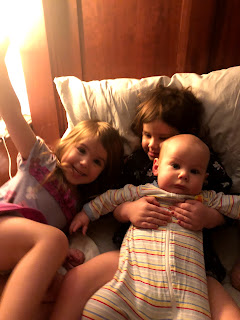 Munching on an apple. 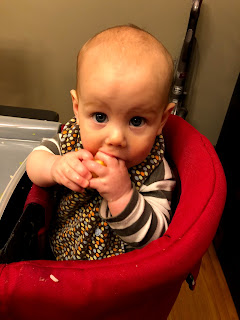 He went to his first movie, 'Co-Co' on his 6th month bday. 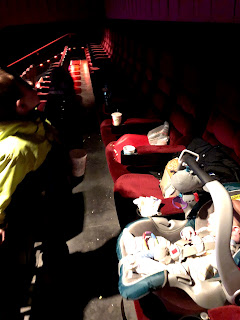 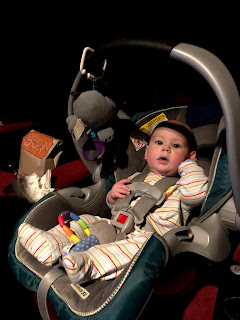 And while grandma Judy was here he sat in a shopping cart for the first time. 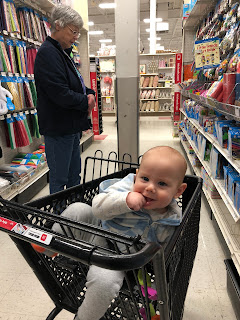 This was at his check up, he went with Isaac who got his 6 year check up. 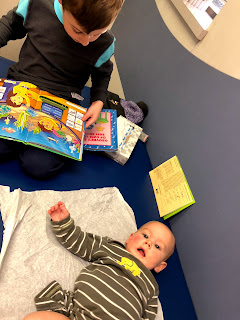 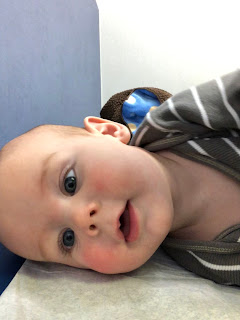 Not going to be able to use the rock-n-play for much longer. Actually I haven't put him in it recently because he just rolls around. If he's tired or relaxed enough he'll sit in it to watch me cook, but instead I've just put him on his play mat in the kitchen and he seems to prefer that. 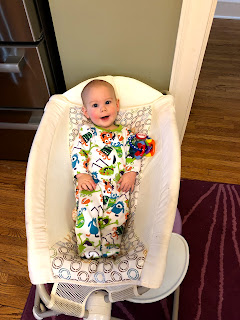 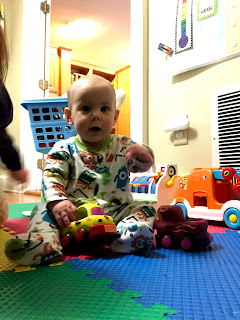 Don't be fooled, he looks like he's happy in the car seat, but when it's in the van - NOT A FAN! 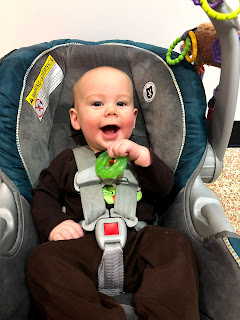 I thought maybe we were done using the swing but I was able to get him to sleep in it on MLK day, long enough for me to take the other kids outside while I shoveled snow. I tried to use it again later that day or maybe the next and he ended up flipping over while swaddled. Ooops, might be done with the swing soon. 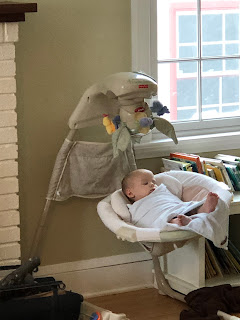 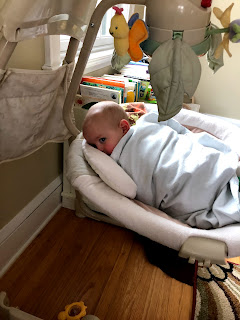 Sitting by the fire, playing with some trucks. 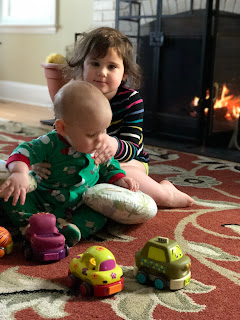 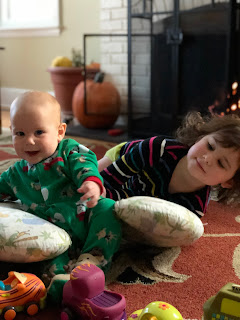 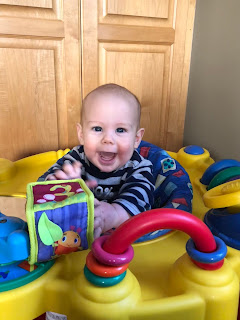 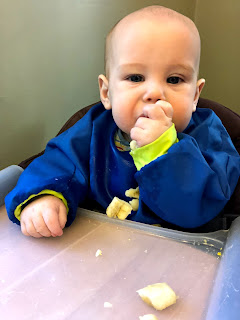 I had to go through Isaac's old clothes to find some more for him to wear. He's wearing 9 months but almost into 12 months. Only problem is most of the clothes are summer :-/ Found this hat which is almost too small. And more food, an orange! 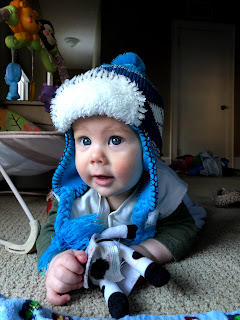 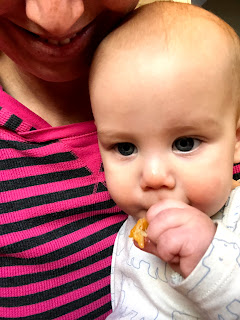 He has started to get up on all fours and rock. Just in the last week. He's rolling every where and covering ground. 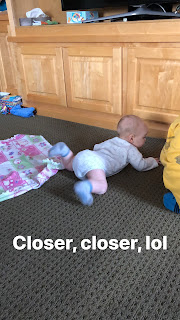 He was playing on the play-mat in the kitchen on the rug and scooted himself backward over to this spot. 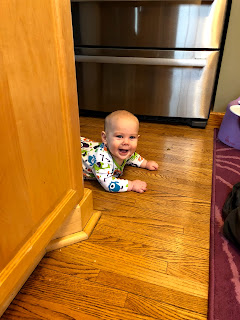