Today we went to the Minnesota Zoo all together because Kyle had off work for President's Day. Kyle and I went at one point when we had first moved up here but that was years ago. We have been avoiding it because it's so expensive. We met up with a friend and after doing the math ahead of time just decided to buy a membership. Even though the girls are free (which once they are three it will be a huge savings to buy the membership) it will still pay for itself with basically one more visit. They had a lot to do indoors and it was just enough for a day trip. Isaac was so good the entire time but we could tell when he was getting tired and his ears weren't working as well, heehee.

First we stopped in the 'ocean' building. It was pretty small and dinky but enough to amaze Isaac. He saw sharks, fish, turtles, rays, starfish, etc. They had two 'touching' pools (which we discouraged touching seeing how we are all getting over colds) with sharks, rays, and fish. This one below was a tide pool with lots of fun coral and sea urchins. 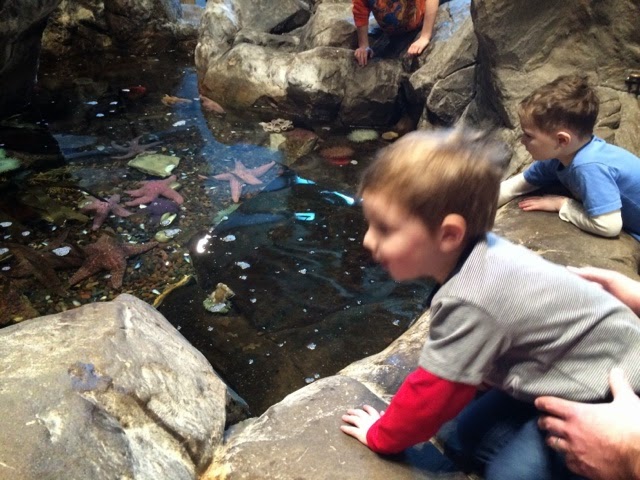 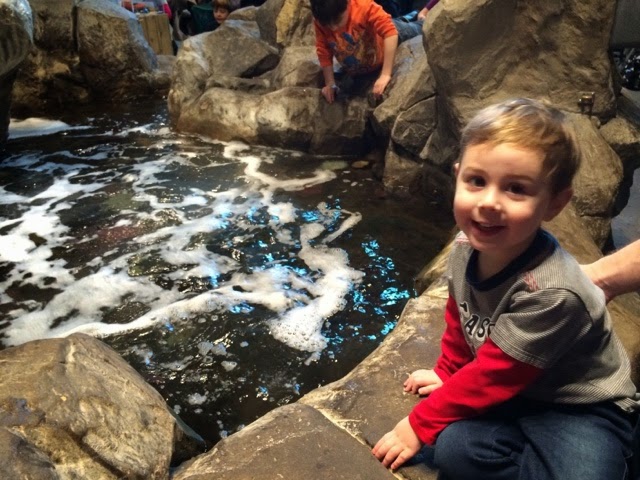 The snow monkey's were outside enjoying the fresh falling snow. They were pretty cute and fuzzy with red faces. 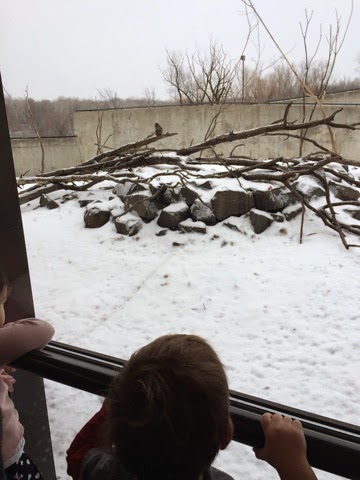 This one was all hunkered over staying warm. 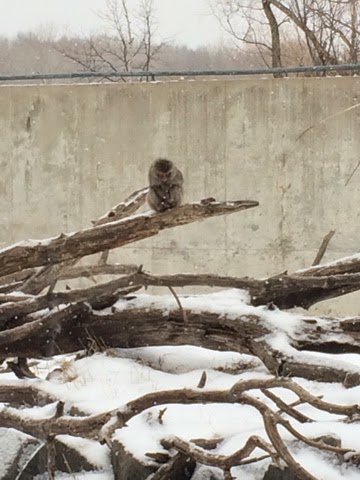 Here we were on the Tropics Trail. Mary really enjoyed being out of the stroller and had just seen a waterfall prior to this photo. We saw lots of birds, tapir, lemurs, wart hogs, komono dragons, more turtles, an otter, monkeys, flamingos, gibbons, cock roaches, a big snake (124 lbs), another water tank with sharks and fish, and lots of other animals we can't remember. 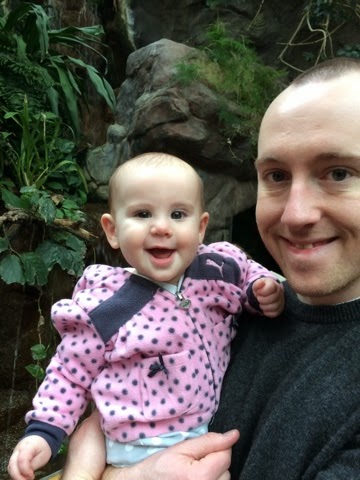 Emma was content in her stroller and liked watching all the people (it was rather crowded being a school holiday). 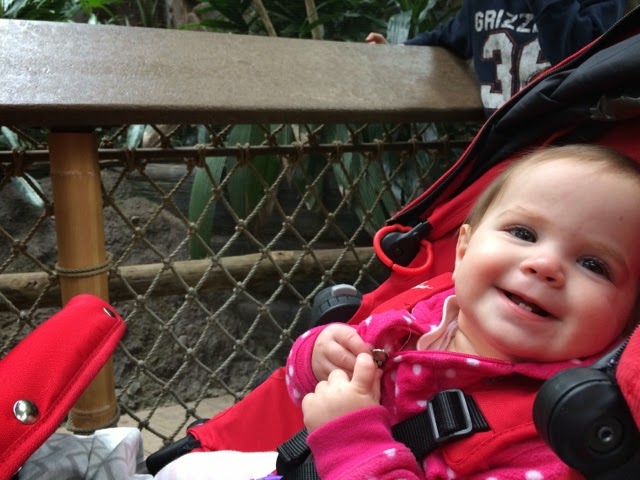 Isaac was pretty interested in this stage and was asking what it was for. I told him it was for getting your picture taken so he was pretty excited to get up on it while I took his photo. Sweet boy! 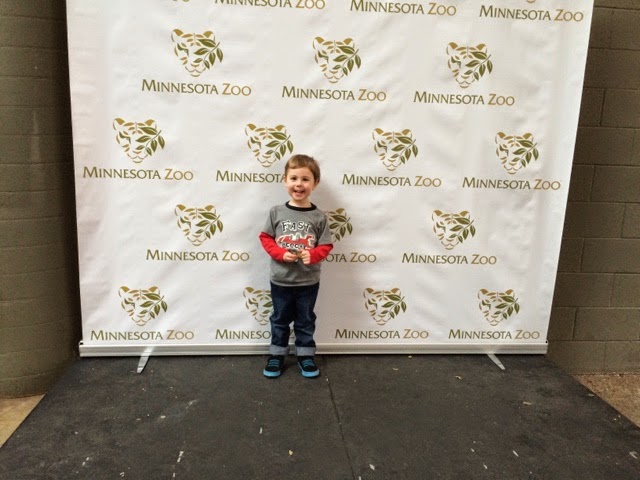 We met up with our friend and walked the Minnesota Trail, part of it was outside but we got to see coyotes, wolves, bears (brown & black), sleeping wolverines, an otter, and lynx. Mary was pretty upset at this point and Isaac was transforming into a walking zombie but still going. Once we got back inside we changed and fed the girls, Mary was instantly asleep. 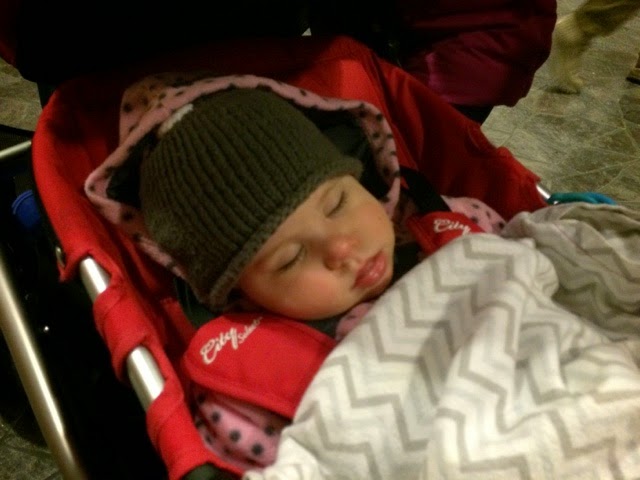 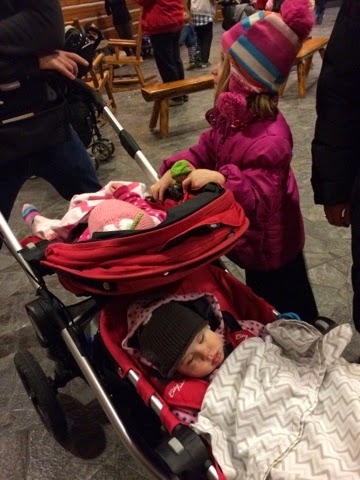 Emma visiting with our friends. 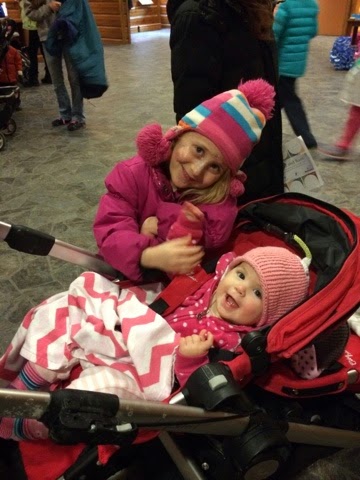 We had a good morning and are excited to make our way back. It was nice not feeling like we had to squeeze everything in and know that we can return whenever we want. Just a short 30 minute drive away.

We stopped at Chipotle on the way home, the girls were snoozing and Isaac finished his breakfast in the van so refused to eat his burrito he ordered. The girls had no problem finishing off his burrito for dinner at home. 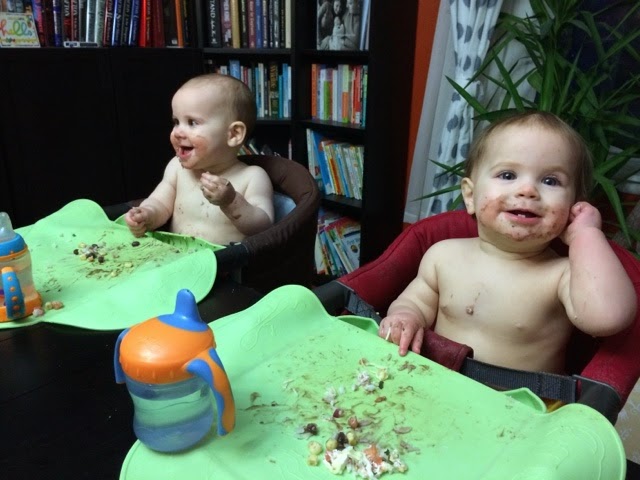 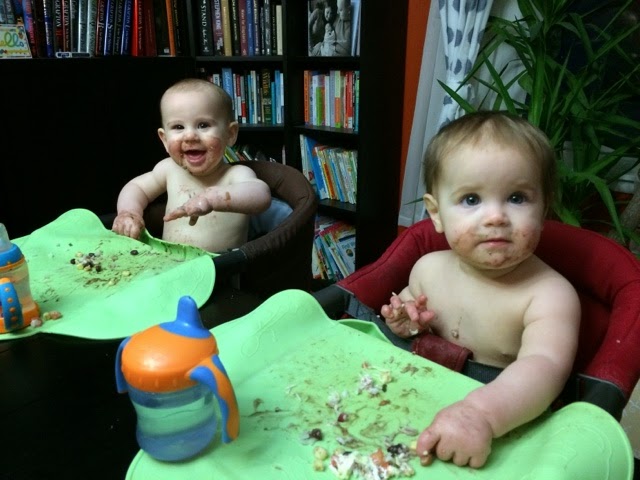 They had burrito beards 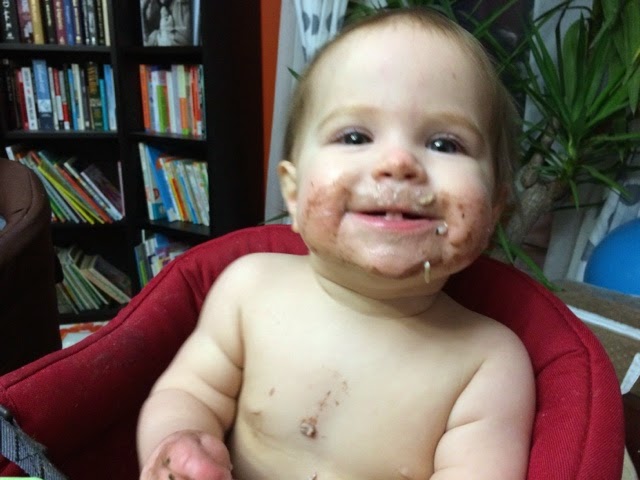 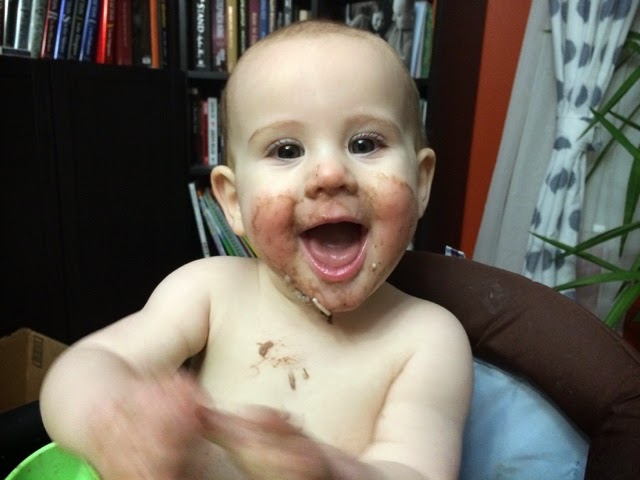