We rode out bikes downtown to Loring Park. I finally got to see the dandelion fountain! Tour de Fat is a little bike festival put on by New Belgium Brew Co (they make the beer: Fat Tire) 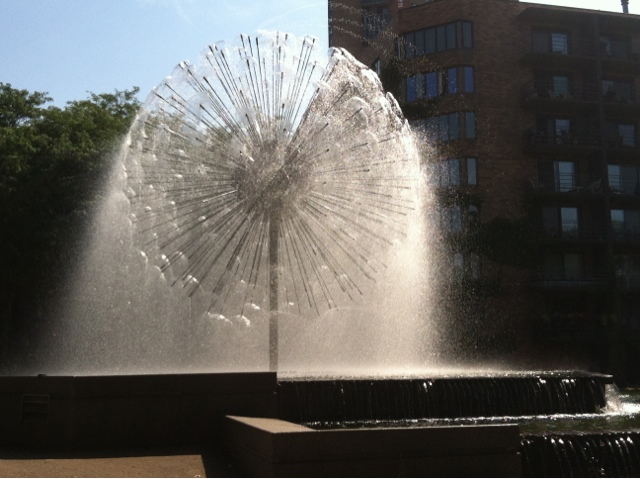 It was a gorgeous day and fun to do something even though I had to go into work later that day. Of course Isaac fell asleep on the way there. 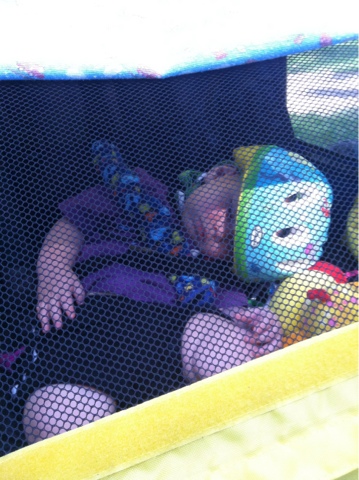 Luckily we got there about 10am, and most of the people were away on the bike parade so we had a chance to wonder the festival without a crowd. 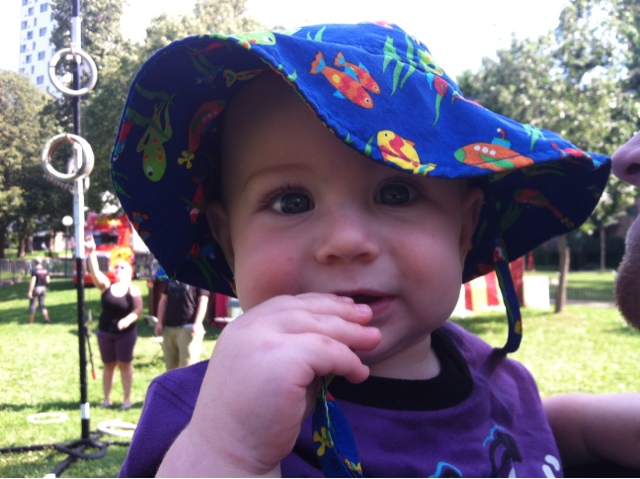 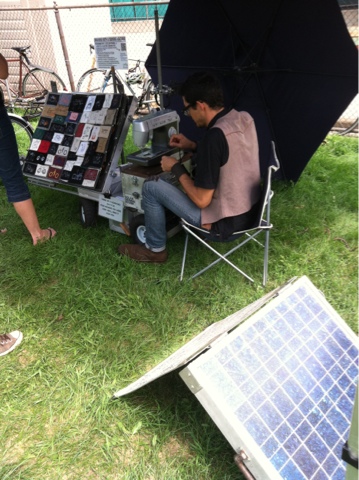 Above: this was cool it's a sewing machine that runs on solar power (and he has a bike plug in incase it's cloudy). He mades 'sew art'. His webpage is www.pnosa.com

And we watched the silly guys perform on stage. 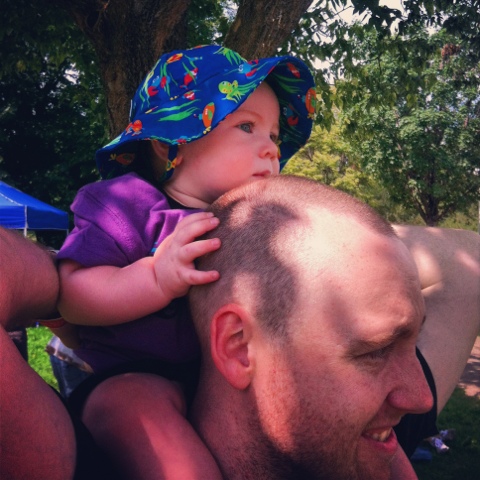 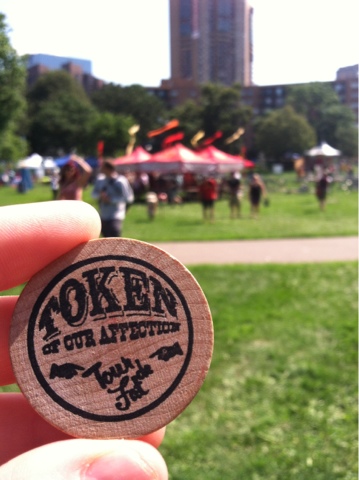 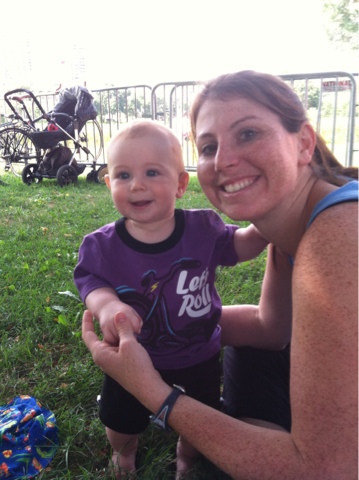 Here was the big kaleidoscopic, on the end were bike wheels with colorful stuff on it. 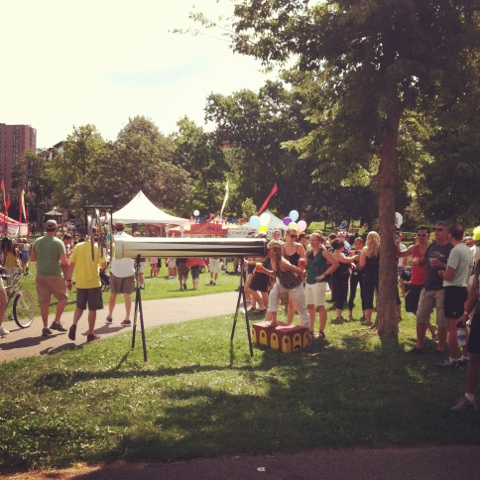 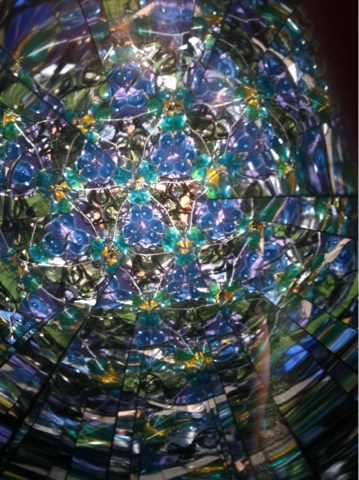 People came back from the parade and they were all dressed up funny. Then you can see one of the little gadgets, it was a bike wheel with these whistle things on top so when you spun the wheel it'd make noise. 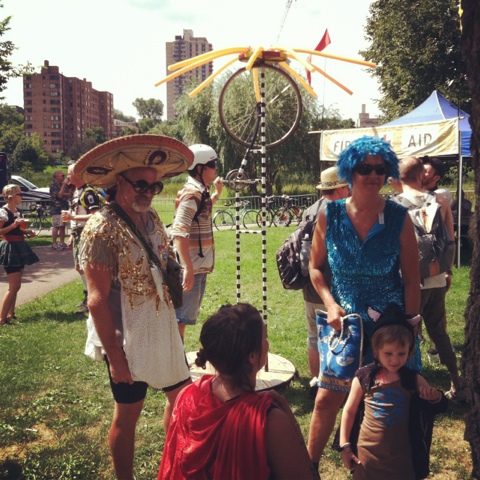 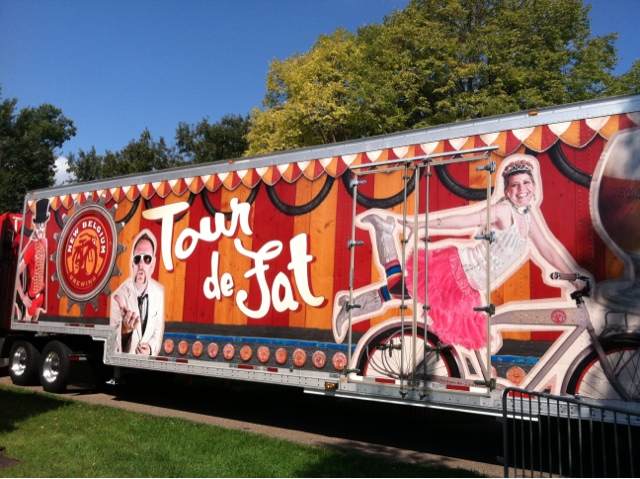 Definitely weren't this many bikes when we parked ours!!! 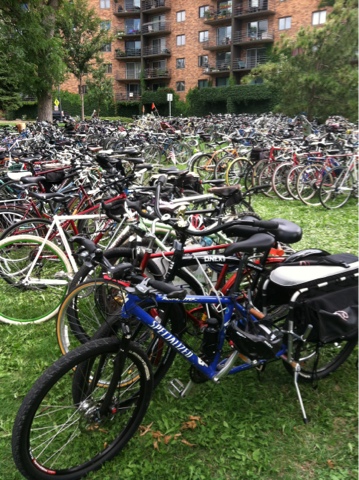 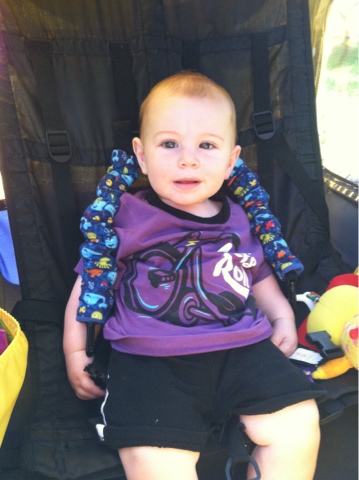 Haha I didn't realize I captured the same guy riding two different bikes. But they had a little arena of funky bikes. It was fun standing there watching them try and ride these odd bikes. 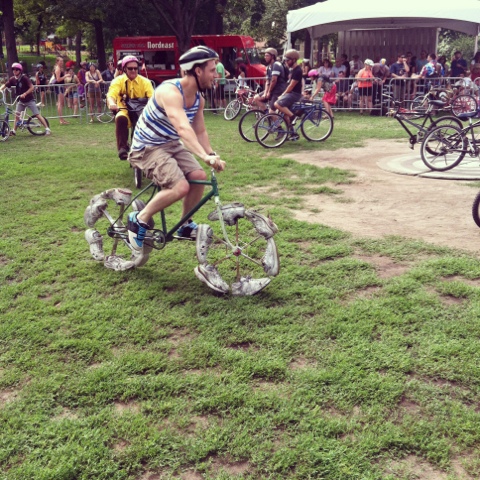 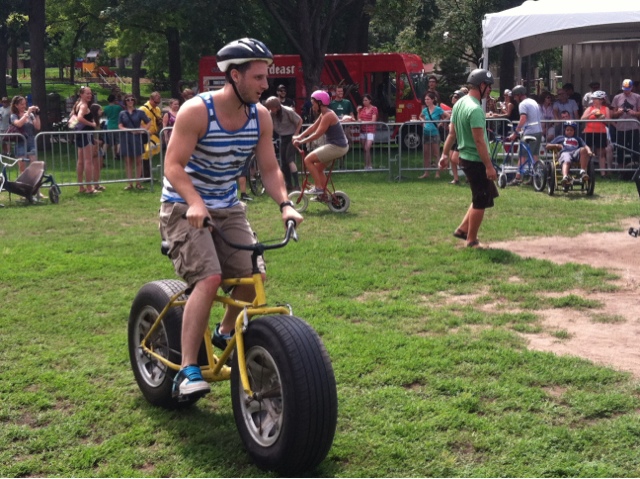 That looks like so much fun! What kind of bike trailer do you have? We are looking for one.

I bought a bike trailer about 4 years ago for Harpo (craigslist). I had removed the kid seat and made a flat space for Harpo... so I just fixed up the straps on the kid seat and put it back in :-) I think it's an instep.