Wichita doesn't have much for professional sports, but they did JUST get a minor league baseball team called the Wichita Wind Surge. Ironically enough they are the minor league team for the Minnesota Twins! We got tickets for an afternoon game on Father's Day (June 20th) and it only happen to be the HOTTEST day of the year so far. Oiy! It was a scorcher!

They were allowing people to come early and play catch on the field so we dropped Kyle and Isaac off at the gate and parked about a block away. Since we had time to kill the other four of us walked around to the main entrance to check out the stadium grounds. 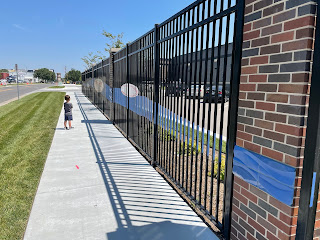 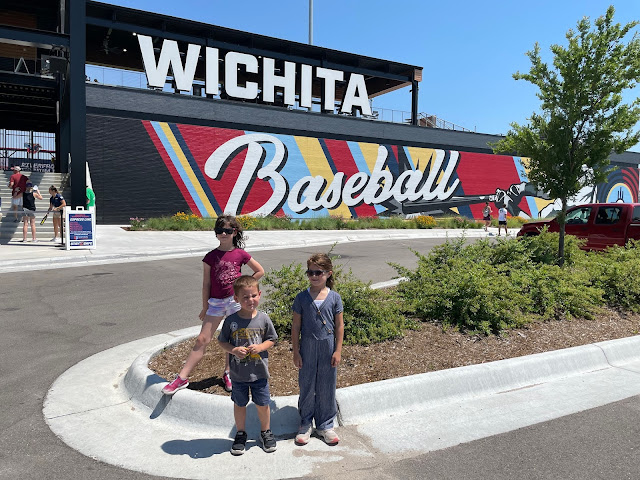 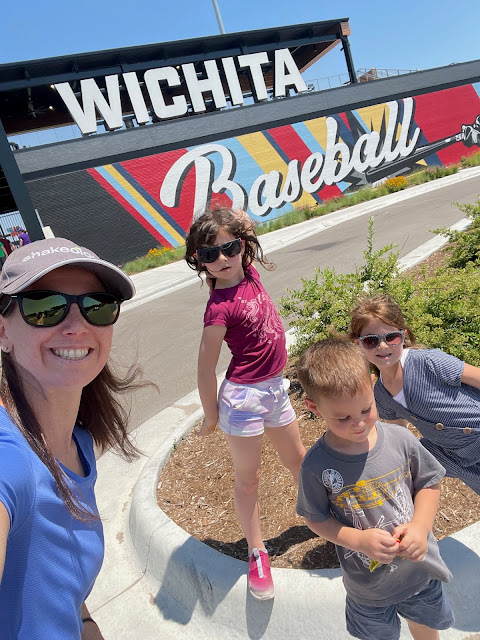 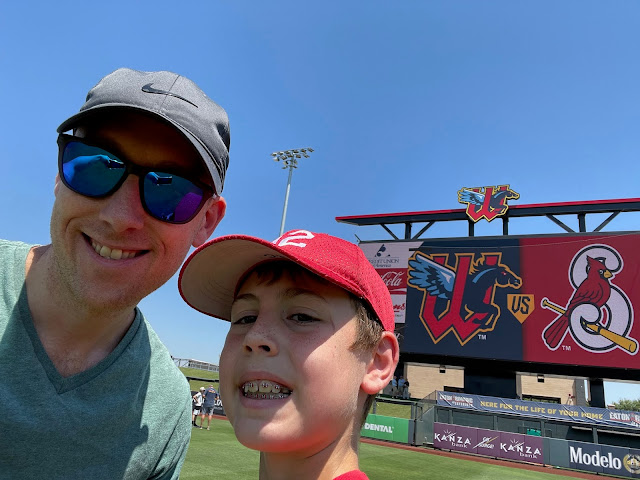 Girls brought their money to buy hats, definitely needed because this stadium had NO shade! You'd think in Wichita they would have planned to make a few more shaded areas or even just push the awning out a few more feet to cover more seats. Our seats were SO hot we couldn't sit in them because they burned the back of our legs even through our shorts. 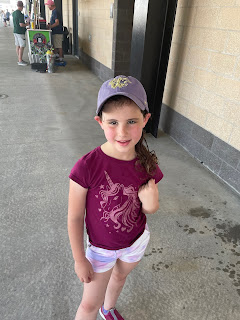 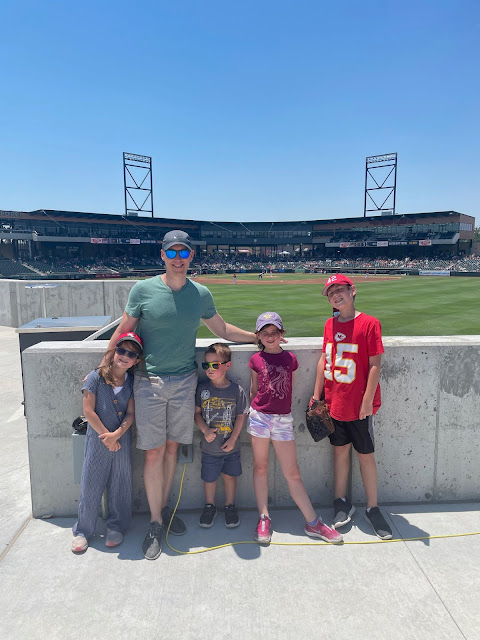 View from our seats for the 90 seconds we sat there. 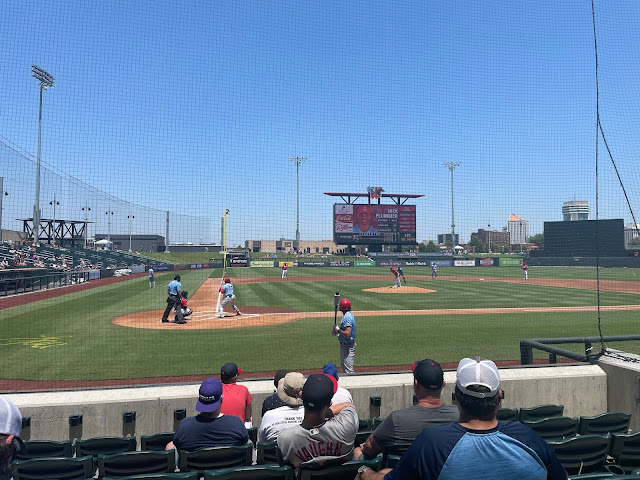 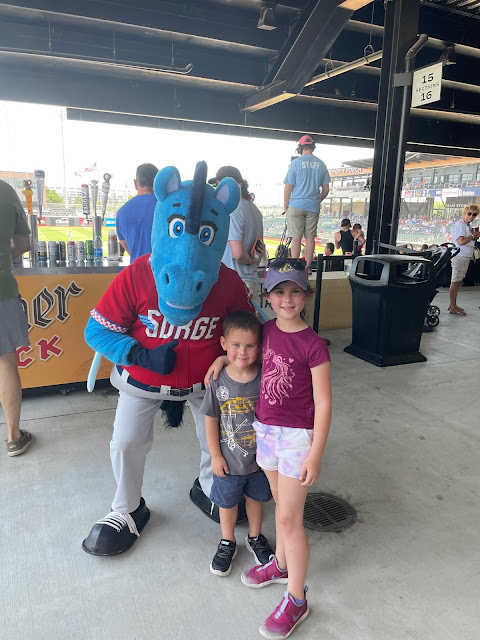 Thomas was pretty obsessed with the mascot. A horse with wings... a 'surge' ? who knows. 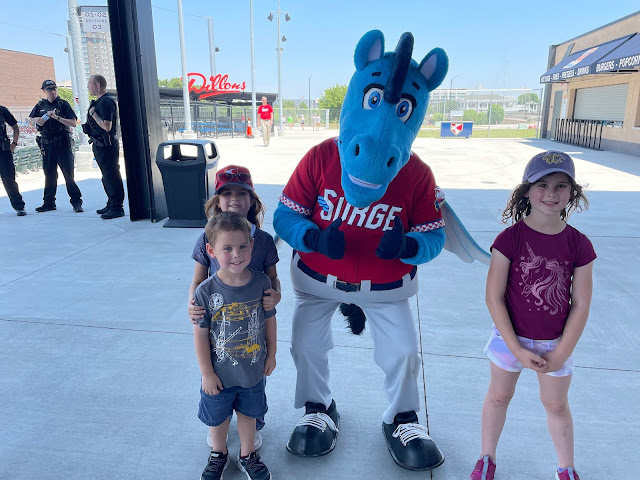 We made it through the ENTIRE long game and the kids got to run the bases afterwards. Whew what a day! 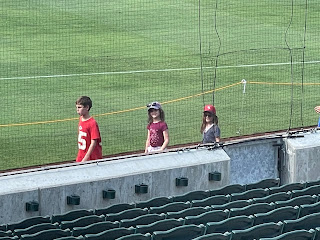 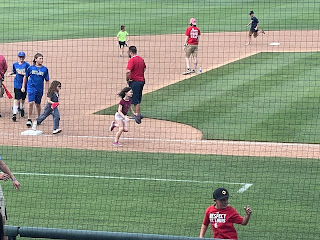 This was the bike rack out front, pretty cool. 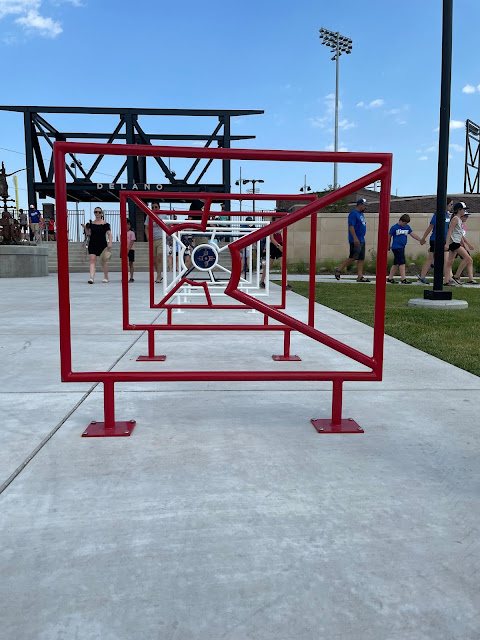 Next time we will shoot for an evening game or not quite as hot.